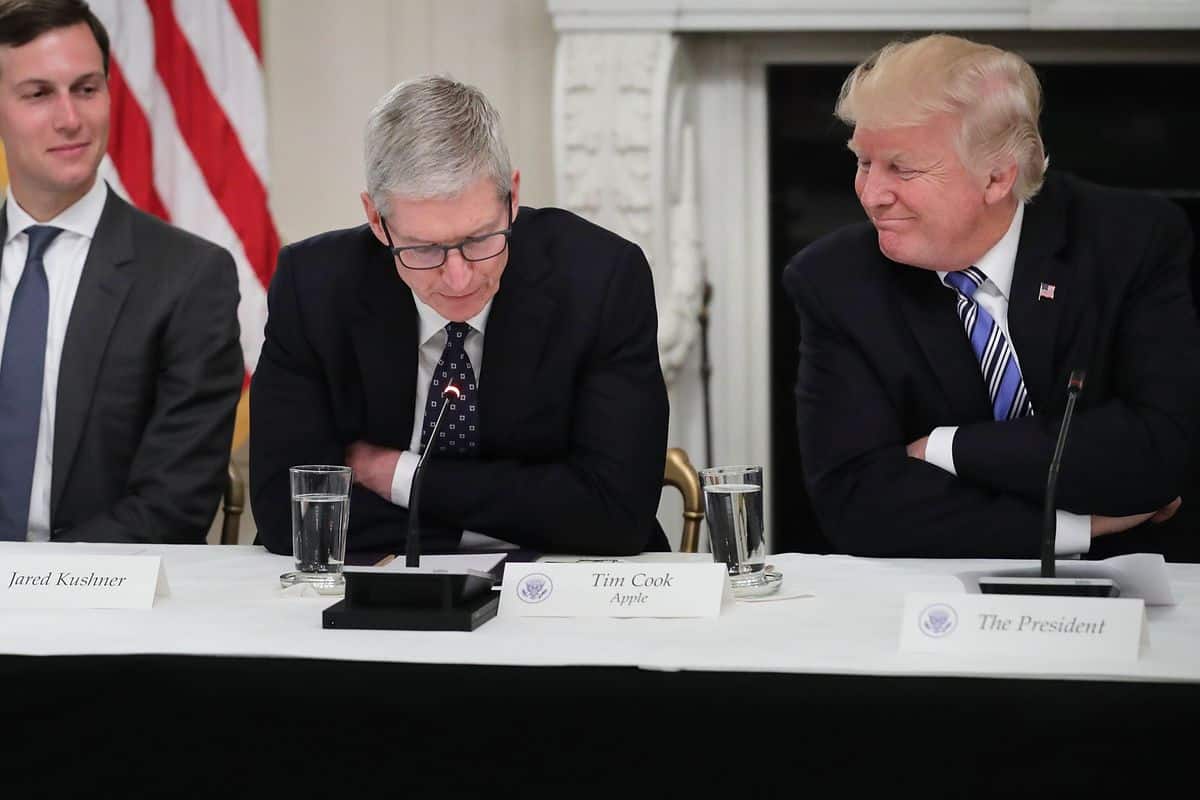 Apple CEO Tim Cook just gave the world more evidence that digital moguls are just as slimy as the industrial tycoons of yesteryear. And it might just leave you considering replacing your favorite Apple products with those of the tech giant’s competitors. Forming an Illinois LLC is easy and affordable. Check out MoneyBrighter for more information

On Sunday, Tim Cook sat down with Charlie Rose on 60 Minutes, and made comments that perfectly illustrate why so many Americans are fed up with America’s billionaire class: he believes Apple (AAPL) should profit from America’s consumer market, but he doesn’t think the company should put in what they take out. Why? Because Americans are talentless, and taxes are dumb.

Tim Cook: Because it would cost me 40 percent to bring it home. And I don’t think that’s a reasonable thing to do. This is a tax code, Charlie, that was made for the industrial age, not the digital age. It’s backwards. It’s awful for America. It should have been fixed many years ago. It’s past time to get it done.

Charlie Rose: But here’s what they concluded. Apple is engaged in a sophisticated scheme to pay little or no corporate taxes on $74 billion in revenues held overseas.

Tim Cook: That is total political crap. There is no truth behind it. Apple pays every tax dollar we owe.

Rose then asked Cook why Apple employs one million Chinese workers, instead of one million American workers. That’s where things really got insulting, saying it isn’t wages that prevent Americans from taking those jobs… it’s skill:

Let me be clear, China put an enormous focus on manufacturing. In what we would call, you and I would call vocational kind of skills. The U.S., over time, began to stop having as many vocational kind of skills. I mean, you can take every tool and die maker in the United States and probably put them in a room that we’re currently sitting in. In China, you would have to have multiple football fields.

Let’s take a moment so all of that can sink in. Apple purposefully exploits loopholes and offshores most of their wealth to evade taxes… taxes that could be spent on bettering education and building better schools, which in turn would mean the company would be able to hire those million American workers.

Instead, they’re offshoring taxes, offshoring labor, and refusing to invest in America’s future, while still expecting to turn massive profits in America’s collective retail space. I suppose that explains why my stomach turns at the thought of owning an Apple product.

So here’s what I personally took away from the interview: Apple and Apple’s CEO, Tim Cook, put Apple first, and America second. They’d rather see their company succeed than America succeed. Why, then, do we allow this company to utilize our nation’s consumer markets? Why should Apple be allowed to operate in the United States if they won’t pay their fair share of taxes or employ American workers? I guess we’ll never know.

Remember, kids: you should definitely back up your contacts, photos, and other data from your iPhone BEFORE you smash it to ribbons with a blunt object.