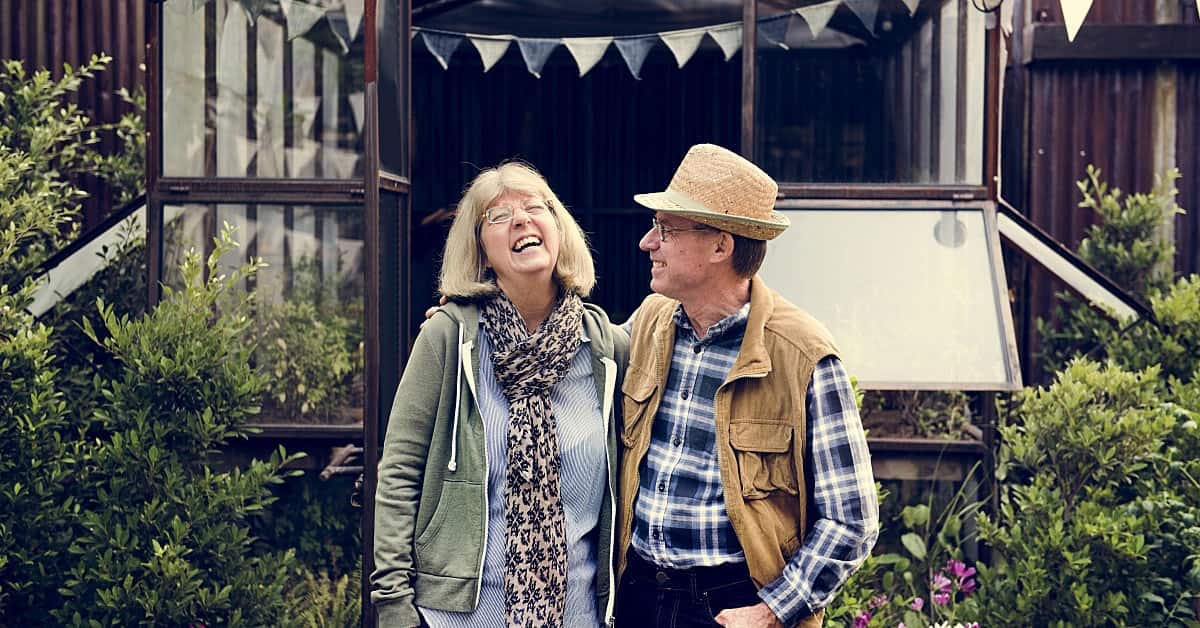 Christopher Columbus didn’t prove the earth is round, he didn’t “discover” America, he (unfortunately) didn’t die penniless and in prison, and Columbus isn’t even the guy’s real name. No wonder there’s a growing movement across our nation to ditch Columbus Day and celebrate Indigenous People’s Day instead. Here are the top five Columbus Day myths debunked and explained.

When the famous explorer was born in 1451, his parents named him “Cristoforo Columbo,” not “Christopher Columbus.” The Columbo family were among the middle class in bustling Genoa, Italy. At age 10, Columbus wrote that he went to sea. When he turned 22, he apprenticed with a leading Genoa trading family and sailed to various cities in Europe.

In 1485, Columbus asked Portugal’s King John II about funding his voyage. He thought he’d found a new, overseas trading route to the Orient. The rise of the Ottoman Empire to the east had blocked the old trade routes by land. Portugal had no interest in Columbus’ plan, nor did Genoa, Venice, or England. Columbus then took his proposal to Spain’s Ferdinand and Isabella in 1486. While the royal pair mulled things over, Christopher Columbus’ name changed to Cristobal Colon, which has a more Spanish ring to it…which sounds even less like “Christopher Columbus.”

So how did we wind up celebrating “Columbus Day?” I’m getting to that.

So why do we observe this holiday every year? And why do we call it “Columbus Day” and not “Columbo Day?” It all started with the wave of Italian immigrants who arrived in the 19th century. As with many immigrant groups, the Italians were discriminated against for generations, until “real Americans” finally deigned to think of them as “white.”

The Columbus Day myth helped Italian-American immigrants celebrate their heritage while also helping them assimilate, In laying claim to Christopher Columbus, leaders in Italian-American communities laid claim to their new identity as Americans. After all, Columbus landed on our shores way before the Mayflower, and what could be more “American” than that?

New York City’s Italian-Americans first celebrated Columbus Day in 1866. The yearly event spread west to other U.S. cities, including San Francisco and Denver. In 1892, Columbus was honored with a statue on New York City’s Columbus Ave., and an exhibition with replicas of his three ships in Chicago, Ill. Colorado was the first state to make Columbus Day an official holiday in 1906, due to the efforts of Angelo Noce, the founder of Denver’s first Italian-American newspaper. More states followed suit, then the Knights of Columbus pushed for a U.S. holiday, and won it in 1934.

Alas, as Christopher Columbus’ atrocities come to light, many of today’s Italian-Americans may now regret the Columbus Day myth. With all the great contributions Italians have made to our culture, we’re celebrating this?

One of oldest and most widely debunked Columbus Day myths is the one about Christopher Columbus “discovering” America. Since Columbus found people were already living here, he and his fellow travelers on the Niña, the Pinta, and the Santa Maria clearly hadn’t arrived first.

While academics hash out the details, most agree that humans came from Asia to the Americas across the Bering Straits. This land bridge between Russia and Alaska was above water at times during the Ice Age. Evidence also supports that Polynesians may have visited South America between 500 and 700 CE. How else could sweet potatoes from South America turn up thousands of miles away in the remote islands of Oceania?

“Christopher Columbus” wasn’t even the first European to set foot on the new world. We’ve all heard about the Viking explorer Leif Erikson founding the Greenland colony in 986 CE. He then “discovered” Vinland, where the Vikings built a short-lived colony. Now, a newly discovered map shows Portuguese ships visited the new world way back in 1424, That was 68 years before Columbus and his crew even set sail. Sorry, Christopher Columbus. You didn’t really discover America. Not by a long shot.

3. Christopher Columbus Didn’t “Prove” The World Was Round.

An essential part of the Columbus Day myth is the portrayal of Christopher Columbus as a forward-looking pioneer. Our history books tell us about how everyone insisted the world was flat, but Columbus stuck to his guns and finally went out and proved the world was round.

But of course, that narrative proves to be completely absurd. Educated people in Europe already knew the world was round, and had known it for some time. Pythagoras and Aristotle from Ancient Greece knew the Earth was round. So did known European scientists likeGalileo Galilei and Nicolaus Copernicus.

Contrary to the Columbus Day myth, Columbus wasn’t even so great at navigation. His planned voyage kept getting shot down because the royal experts thought his proposed distances to what turned out not to be Asia were too short. And they were right. Columbus thought Spain’s Canary Islands were 3,000 from Japan. Oops, the actual distance is 12,200 miles. When Central and South America got in Columbus’ way, he staunchly claimed he’d reached “the Indies,” despite the evidence right in front of his eyes.

And strangely, it turns out that Columbus firmly believed that the earth was shaped like a pear. Whether this belief was sincerely held or whether it his sly little way of accounting for his faulty mathematics (essential for navigation at the time). Given Columbus’ staunch resistance to facts along with the frequent references to God in his writings, and his cruelty towards non-Christians, he may have even been America’s first right-wing Christian.

4. Christopher Columbus And His Men Really Did Bring Syphilis Home To Europe.

One long-standing Columbus Day myth turned out to be true: Columbus’s men really did bring syphilis back home to Europe. Some scholars debunked this, but then they were debunked.

Records show the firstoutbreak of syphilis in Europe occurred in 1495, when the French army invaded Naples, Italy. The dreaded disease is passed through sexual contact, and results in sores, rashes, stiff joints, and eventually madness and death. Syphilis soon swept through Europe, and many blamed Spanish soldiers for bringing the disease from the new world. Up to five million died in the epidemic, as vividly described by Jared Diamond:

“When syphilis was first definitely recorded in Europe in 1495, its pustules often covered the body from the head to the knees, caused flesh to fall from people’s faces, and led to death within a few months […] By 1546, the disease had evolved into the disease with the symptoms so well-known to us today.”

If syphilis had already existed in Europe — as some historians claim — this wasn’t your mothers’ syphilis. But until 2011, many scholars claimed that history had recorded previous cases of syphilis in Europe and the Ancient World. They just didn’t call it “syphilis” back then. Then a team from Emory University debunked the syphilis-deniers’ claims, with clear evidence that Columbus’ men did bring this vile disease home with them.

Hopefully, the ghosts of countless Native Americans can take heart from this small dose of poetic justice. How can a short-lived syphilis epidemic make up for having your society destroyed by smallpox, slavery, rape, and the other miseries Europeans and people of European descent have inflicted upon them?

Many of us would have loved for Columbus to die poor and in chains, as a popular Columbus Day myth claims happened. Alas, this is wishful thinking from those of us who appreciate poetic justice. Columbus did run into trouble during his third voyage, when even his fellow Spaniards turned on him for being too greedy, brutal, and evil.

Things took a turn for the worst when King Ferdinand and Queen Isabella — who wanted people in their colonies to be treated as their subjects, not as slaves, banned taking slaves from the new lands. Since Hispaniola and the other islands in the Caribbean had little or no gold, our hero was kind of counting on slaves to provide revenue. After exploring a bit of South America, Columbus returned to Hispaniola and faced a cold welcome. His colony had fallen on hard times, and nobody was happy to see him.

Christopher Columbus Accused Of Tyranny And Hauled To Spain In Chains.

Then Spain sent Francisco de Bobadilla to check on complaints about Columbus’ tyranny, cruelty and poor conduct during his time as governor. And things got worse for Columbus. A lot worse. When de Bobadilla arrived, he found truth in the all of the accusations. He clashed with Columbus, then clapped him in irons and hauled him back to Spain. There, our “hero” talked his royal patrons into setting him free. They even let him keep the wealth he’d “earned.” But Columbus lost all of his power and titles.

The explorer made his last trip in 1502, in the hope of finding the Straits of Malacca and the Indian Ocean. While scouting Central America, hostile natives, ship worms, and storms attacked his ships. The captain and his crew wound up stranded in St. Anne’s Bay in Jamaica for over a year because no one wanted to rescue him. Help finally came, and Columbus sailed back to Spain in 1504. He died in 1506 at age 54, after struggling with illness, gout, and other health issues.