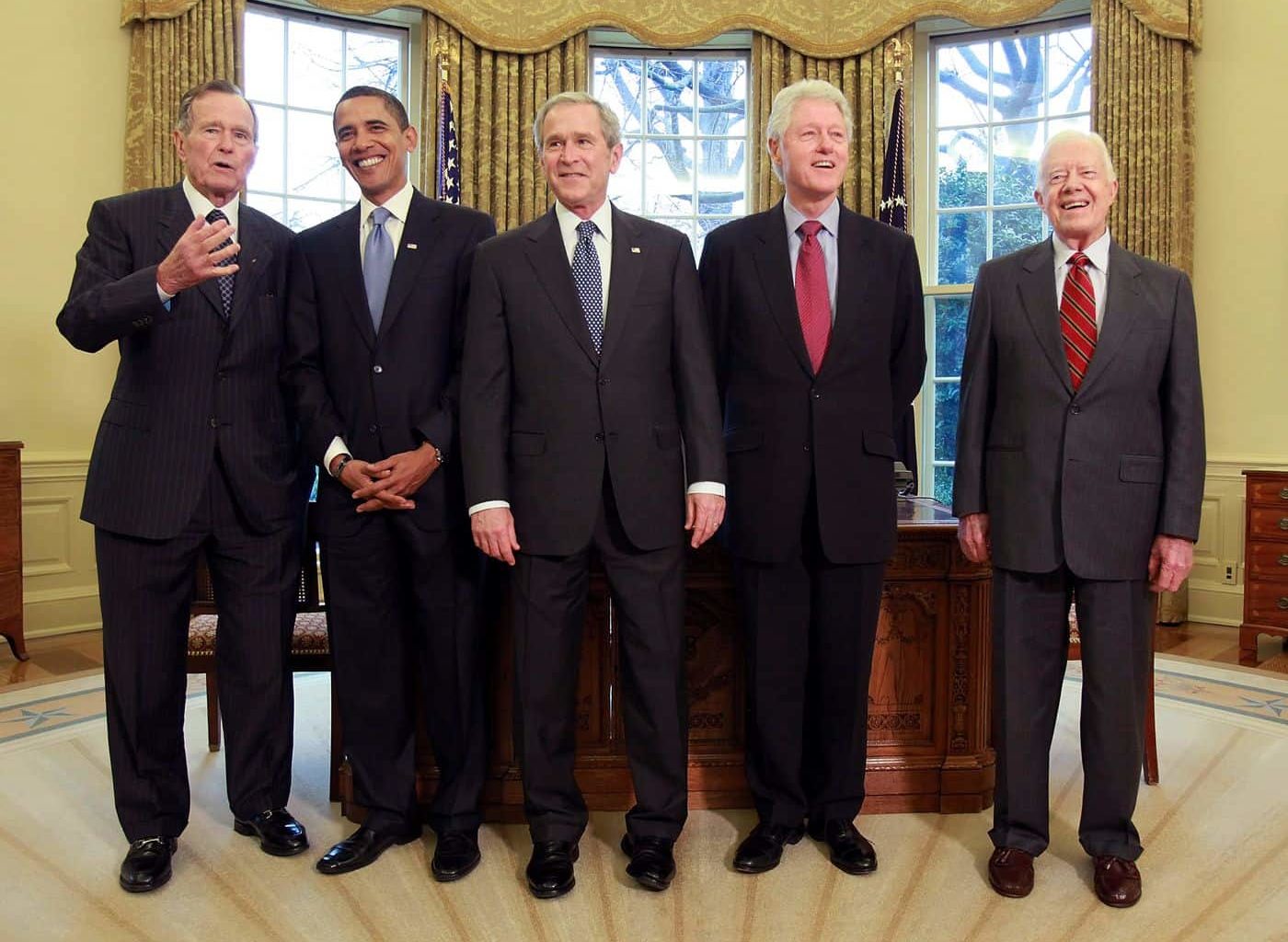 I was born in the waning years of the Ford presidency, but the first person I actually remember being president was Jimmy Carter. My memories are hazy, because I was still rather young: fleeting images of a man on television speaking in a soft accent that I’d never heard before. Most of my impressions of Carter come from after his presidency, when everyone seemed to agree that, though he was a generally good guy, he’d been something of mediocre president.

That standard narrative about Jimmy Carter was wrong. I submit that Carter was our nation’s last great president.

He was born in Plains, Georgia, in 1924, and entered the US Naval academy in 1943. He would serve in the Navy until 1953, when he returned to Georgia following the death of his father. He entered politics in 1962, winning a seat on the Georgia State Senate. After a failed run in 1966, he was elected Governor of Georgia in 1970. The campaign he ran was a conservative one, and many were shocked by his inaugural address:

“[T]he time for racial discrimination is over. Our people have already made this major and difficult decision, but we cannot underestimate the challenge of hundreds of minor decisions yet to be made. Our inherent human charity and our religious beliefs will be taxed to the limit. No poor, rural, weak, or black person should ever have to bear the additional burden of being deprived of the opportunity of an education, a job or simple justice.”

In 1974, when his presidential ambitions were unknown outside of his inner circle, Jimmy Carter managed to win over, of all people, Hunter S. Thompson, with a speech that sounds, 41 years later, eerily prescient:

Carter defeated Ford in 1976, and the map of the results looks rather different than that of more recent elections. He swept the South and took a sizable chunk of the Northeast. He entered office with a nation suffering from the aftereffects of the 1973 oil crisis, and this shaped many of his actions during his presidency. He referred to the energy crisis as the “moral equivalent of war,” and believed conservation to be the key to an effective energy policy:

“[T]he cornerstone of our policy, is to reduce the demand through conservation. Our emphasis on conservation is a clear difference between this plan and others which merely encouraged crash production efforts. Conservation is the quickest, cheapest, most practical source of energy.”

On the conservation front, Carter tried to lead by example, installing solar panels on the roof of the White House. Ronald Reagan would later go on to remove said panels, claiming that there was no room for an energy crisis in his administration, and that no one needed to worry about conservation. Looking back over the last 35 years, it is plain to see that Jimmy Carter had the right idea.

When it came to foreign affairs, the Carter years were a peaceful interlude between Vietnam and the string of conflicts that has characterized the administrations that would follow. For all of Carter’s struggles  his presidency strove towards peace:

“I was lucky enough, when I was president, to keep our country at peace and provide peace for others. I was lucky enough to go through my four years — we never dropped a bomb, never fired a missile, we never shot a bullet.”

There hasn’t been a president since who could say that. Carter brokered the Camp David Accords, the most significant step towards a resolution of the Arab-Israeli conflict. In 1979, Carter and Leonid Brezhnev signed the SALT-II agreement, limiting the nuclear arsenals of the United States and the Soviet Union. Jimmy Carter was following a pledge made in his inaugural address, that his ultimate goal was “the elimination of all nuclear weapons from this Earth.” That would motivate, too, his decision to cancel the neutron bomb, a horrific device intended solely to produce massive casualties:

“In order to be effective militarily, a neutron bomb would have to incapacitate its victims quickly. This requires a very high dose, in the neighborhood of 8,000 rems. For a one-kiloton ERW detonated at 1,500 feet, the required lethal dose would cover an area of about 0.8 square miles. Anyone in this kill zone would die in a particularly gruesome manner, as neutrons collided with protons inside living tissue. The ionization would break down chromosomes, cause nuclei to swell and destroy all types of cells, especially those in the central nervous system.”

It is a sad irony that, for all Carter’s strivings towards peace, it was the failure of a military mission that contributed to his loss of the 1980 election. In 1979, the Iranian Revolution, an event precipitated by America’s installation of the autocratic Shah of Iran in 1953, turned the nation into an Islamic theocracy. On November 4th, the US embassy in Tehran was seized, and over 60 Americans taken hostage. As the months dragged on and negotiations faltered, Carter authorized a military rescue, which spectacularly failed. Carter’s negotiations did, in the end, lead to the release of the hostages – several minutes after the inauguration of a second-rate actor from California. The damage caused by the ongoing crisis, in combination with Ted Kennedy’s primary challenge, and a stagnant economy, had been done, and Carter lost the 1980 election in a landslide.

Over the years, Carter has been one of the most prominent American statesman to consistently and loudly speak out against Israel’s continuing mistreatment of Palestine. This has garnered him no small amount of criticism. His 2006 work, Palestine: Peace Not Apartheid, was met withcries of antisemitism from the Anti-Defamation League, but stands as one of the most honest assessments of the Israel-Palestine issue from an American politician. And Carter has not backed down. Even now, in the face of metastatic cancer, he is standing his ground, accusing Binyamin Netanyahu of destroying any hope of a two state solution to the issue. This is an accusation that is, to anyone following the region, somewhat obvious. But to hear these words from a man of Carter’s stature is more than significant.

In 2002, Carter’s ceaseless efforts resulted in a Nobel Peace Prize:

“. . . for his decades of untiring effort to find peaceful solutions to international conflicts, to advance democracy and human rights, and to promote economic and social development. . . . In a situation currently marked by threats of the use of power, Carter has stood by the principles that conflicts must as far as possible be resolved through mediation and international co-operation based on international law, respect for human rights, and economic development.”

Jimmy Carter’s legacy is that of a man who has lived his life by his Christian ideals. We live in a time when Republicans have managed to turn their religion into a blustery parody of itself, an amped-up expression of the American id. Carter’s simple dedication to his faith and, more importantly, his devotion to acting in accord with this faith is a refreshing alternative. Even as a man with no religion, I still admire how Carter has transformed his Christianity into action.

While people may still remember Jimmy Carter as a failed one-term president, the truth is far from that. In his presidency, and the long years that followed, he has had a fundamentally positive influence on the world. It would be, I daresay, difficult to make that claim about any of the presidents who followed him. I don’t think we’ll see another president like Jimmy Carter, and that’s a damned shame.