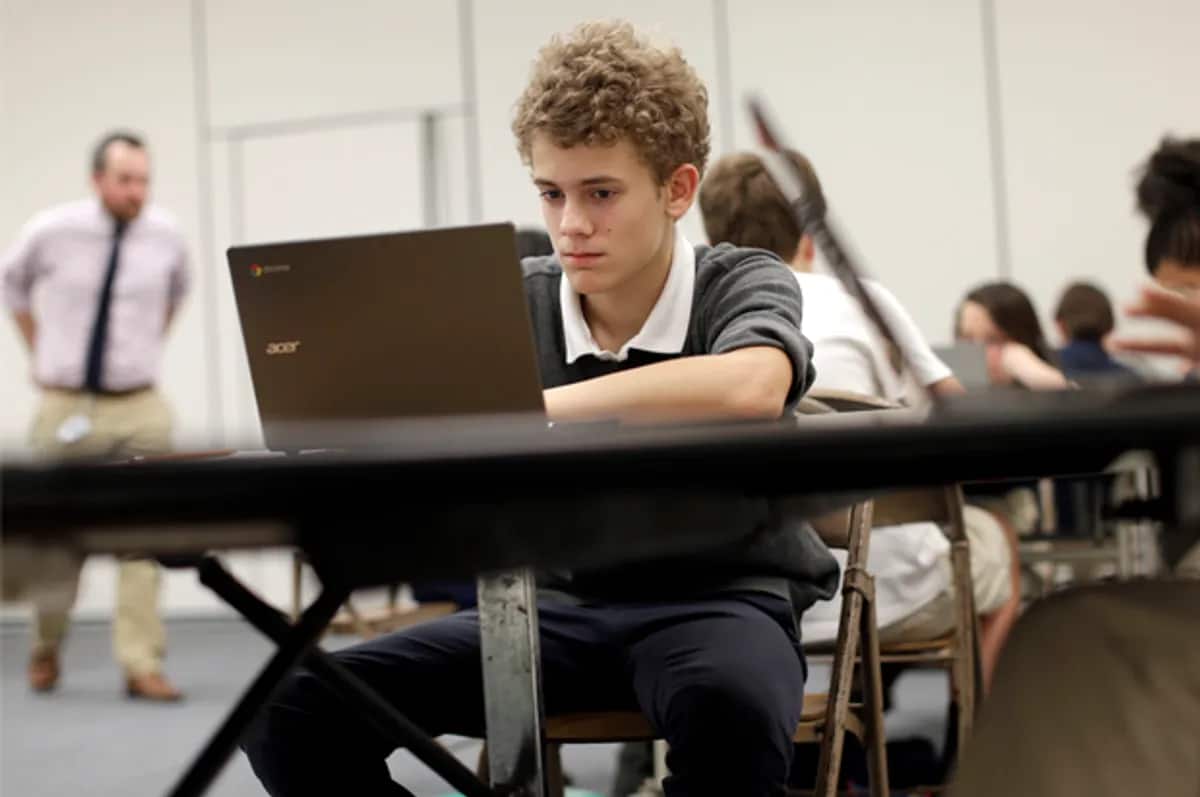 The image above is taken from a scene in a pro Common Core Washington D.C. schools video (see video below) in which people are confused because there are no nationwide standards by which to judge the performance of students. To millions of parents and educators nationwide, the implementation of Common Core still fits that image of confused people with measuring sticks because Common Core and the high stakes tests that have come along with it have created more anxiety and confusion for students and teachers alike than ever before.

On its surface, the Common Core State Standards sound straightforward enough: children in all 50 states should have a set of standards in English Language Arts (ELA) and Math which will create benchmarks which each child will be expected to achieve at each grade level from K to 12. These standards will ensure that students are college and career ready, and will eliminate the confusion inherent in comparing the education children receive in one state versus another, and will ensure that students who move across state lines will be achieving at the same grade level standards everywhere.  The Common Core was also sold as a voluntary initiative which states would agree to: it was agreed to state by state with the promise of federal funding from Race to the Top grants, not imposed through federal legislation, and was said to be designed by and for educators.

Like anything involving education policy, though, the lived reality in schools is extremely different when it comes to Common Core. Here in a nutshell is why progressive teachers, parents, activists and students are fighting to Opt Out of Common Core and the testing regime that comes with it:

As citizens we must educate ourselves to look beyond the rhetoric of politicians who go on about “excellence” and “accountability” but implement policies that show no understanding of the real human beings they affect. Turning our nation’s schools into factories for Common Core test prep is beneficial to those making money on creating the tests and to those who can call themselves bold reformers by demanding “rigor” and “higher standards,” but to the real students in our classrooms these are hollow and empty words. To really fix education in this country we need to address poverty and eliminate our antiquated method of funding schools based on local property taxes. We must respect our teachers and treat them as professionals, not micromanage them and impose top down standards. States are rolling back Common Core and parents across the country are opting their children out of high stakes tests. It is time to get rid of Common Core and No Child Left Behind and address the root causes of educational problems.