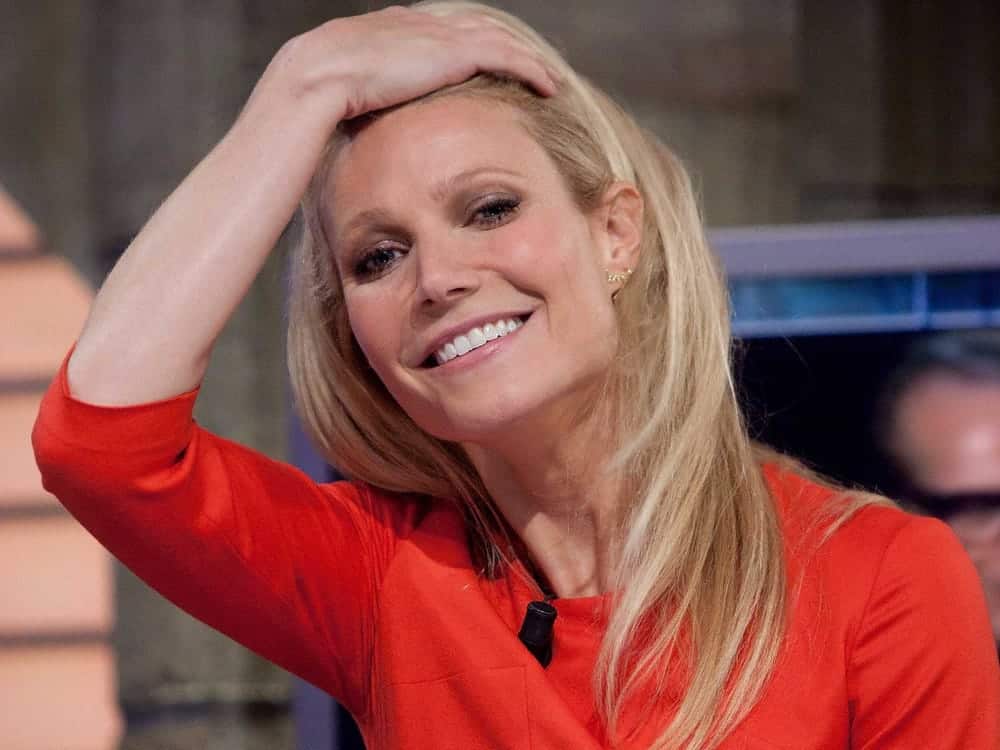 The Food Stamp Challenge requires takers to try making it through a week on a food stamp recipient’s budget. Although The Kaiser Family Foundation reports the average person on food stamps in the U.S. gets 133.07 per month ($33.26 per week), Paltrow set her budget at $29.00 per week. The point is to raise awareness of how hard it is to survive on food stamps and to hopefully keep our GOP-led congress from slashing the Supplemental Nutrition Assistance Program (SNAP) any further.

While some well-known politicians including Cory Booker have taken the Food Stamp Challenge, this is is the first time an A-List celebrity like Paltrow has risen to the occasion. Unfortunately, Paltrow’s good intentions backfired right after she tweeted her haul from the grocery store.

Gwyneth Paltrow @GwynethPaltrow This is what $29 gets you at the grocery store—what families on SNAP (i.e. food stamps) have to live on for a week.
Gwyneth Paltrow tweets her $29.00 Food Stamp Challenge haul from the grocery store.
Hmmmm, let’s see what Paltrow bought, shall we: A dozen eggs, a head of lettuce, an onion, scallions, an avocado, an ear of corn, kale, one tomato, seven limes (!!!), cilantro, package of tortillas, frozen peas, whole grain rice, black beans, a jalapeño pepper, and a sweet potato. Paltrow looks all set for a week of yummy, vitamin-packed Mexican-inspired meals.

A flurry of tweets followed, slamming Paltrow for being incredibly out of touch with how low income people live. Plus, Rebecca Vipond Brink from The Frisky did the math and found that Paltrow’s groceries don’t provide nearly enough calories for a normal person. Even with the eggs, rice, beans and tortillas, Paltrow’s haul adds up to only 7,059 calories — just over 1,000 per day. Meanwhile the average woman from age 24 to age 50 requires 2,000 calories per day, according to an article on SFGate.

Brink also mentions that many folks on food stamps — who are often moms in service sector jobs — need even more calories to get through the day.

Nutritionally speaking, this is a vitamin bonanza. But people who live on SNAP benefits don’t just have to get nutrients, they have to get actual calories, because they tend to have very physical lives, doing service labor and taking care of children and not necessarily being able to afford a car and so forth.

The average sedentary adult burns at least 1600 calories in a day. Supposing that the average woman in America is 5’4” and weighs 165 pounds, she’d burn about 2400 calories a day even if she was moderately active, meaning that she worked a service job and took care of kids. She would be working at a 1400-calorie deficit on Gwyneth’s diet.

The derogatory tweets flew fast and furiously, but we’ve got to give Paltrow credit where credit is due: She has definitely got us talking about food stamps!

The folks from Mother Jones wonder if Paltrow has confused the Food Stamp Challenge with her latest fad diet.

Mother Jones ‏@MotherJones 4h4 hours ago Gwyneth Paltrow confuses her latest master cleanse with attempt to relate to the poor http://bit.ly/1FBEKrt
Gwyneth Paltrow Food Stamp challenge tweet from Mother Jones.
A lot of folks wonder what the heck Paltrow plans on doing with all those limes.

Monica Devlin ‏@monicakate 18m18 minutes ago Kudos for drawing attn to SNAP, but your basket has insufficient calories and really… 7 limes? http://www.businessinsider.com/gwyneth-paltrow-living-off-of-food-stamps-2015-4 … via @BI_Entertain
Gwyneth Paltrow Food Stamp Challenge tweet: What the heck does she plan on doing with all those limes?
And those groceries really do look like Paltrow’s going on a cleanse so she can maintain her size 0 figure.

The LITUATION @BrokeJackJonson You can tell Gwenyth Paltrow never shops for groceries. I’m pretty sure you can get enough beans for a month out 29 bucks.
Gwyneth Paltrow Food Stamp Challenge tweet: Does she actually shop?
And we can safely bet Paltrow has never had to choose between food and rent.

Ever Mainard ‏@evermainard 2h2 hours ago Pretty annoyed with this but whatevz. Maybe can we have her bank account over drawn & rent due at the same time? http://www.businessinsider.com/gwyneth-paltrow-living-off-of-food-stamps-2015-4 …
Gwyneth Paltrow Food Stamp Challenge tweet: Is she “out to lunch?”
Paltrow’s Hilarious Food Stamp Challenge Fail.
Here’s the video with a report on Gwyneth Paltrow’s food stamp challenge fail from Buzz60’s Mara Montalbano.