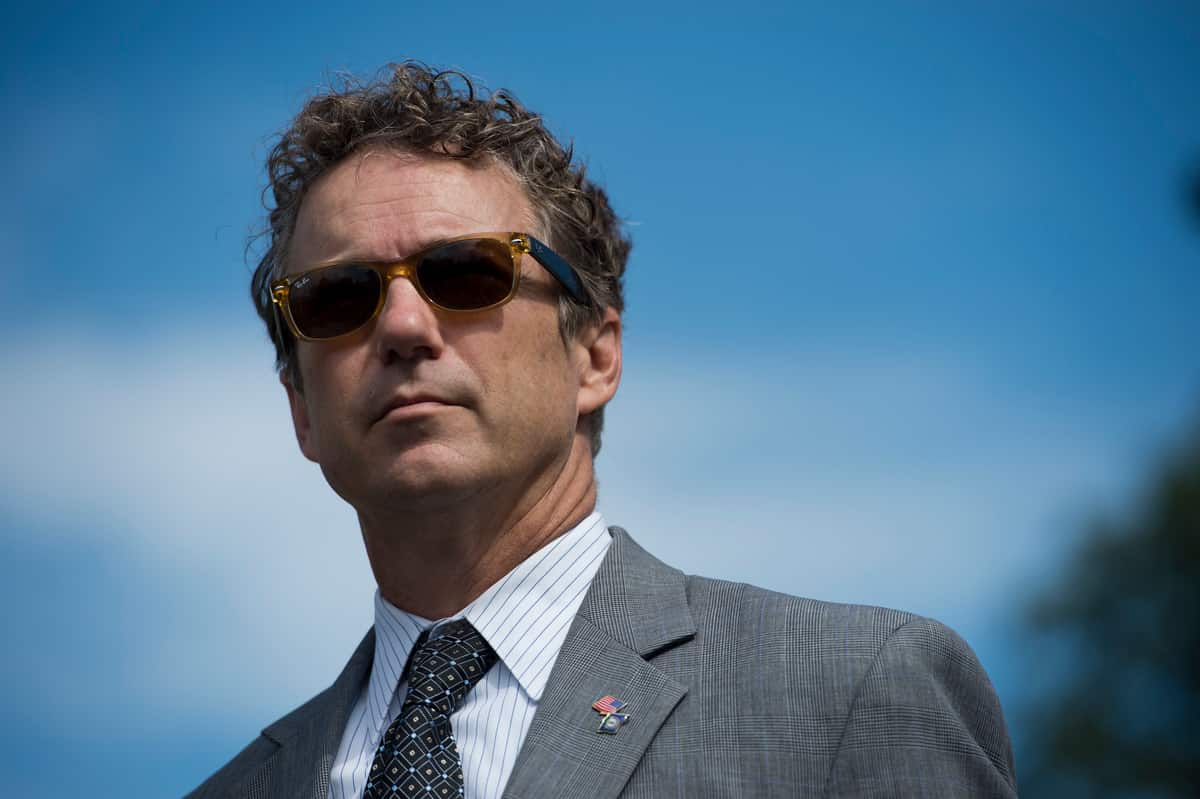 The banner’s text accompanies a photo with Paul sporting Ray-Ban Wayfarer sunglasses. According to Paul’s website:

“$150 is more than you might normally pay for sunglasses, but these are Ray-Bans and even more, they are indelibly marked with the Rand Brand … and as always, it’s a contribution to the Rand Paul for President campaign.”

Here’s a screen shot of the banner with Paul in his Ray-Bans just in case…well, we wouldn’t want anything to happen to it.

And if you want to look cool like Rand Paul while helping him stick it to the man in Washington, you’re in luck: You can order those Ray-Bans with Rand Paul’s totally stylin’ logo from his campaign’s online store for just $150.

Oh wait. No you can’t. Alas, The Hill‘s got bad news for both of you Rand Paul fans out there. Paul never got permission to sell his branded Wayfarers from Ray-Ban’s parent company Luxottical. Needless to say, they don’t think he’s cool at all. In fact, Corporate Communications head Jane Lehman told The Hill Paul’s campaign had removed the offending sunglasses at Luxottica/Ray-Ban’s request.

“After a formal request from us, they promptly removed the product from their site and agreed to cease any further use of our trademarks.”

What is it about GOP candidates, trademark infringement, and the creators of cool stuff not wanting to be associated with them? Remember when Ann and Nancy Wilson from Heart demanded that John McCain and Sarah Palin stop playing the song “Barracuda”  at campaign events back in 2008?

Oh, and so does Tom Cruise.