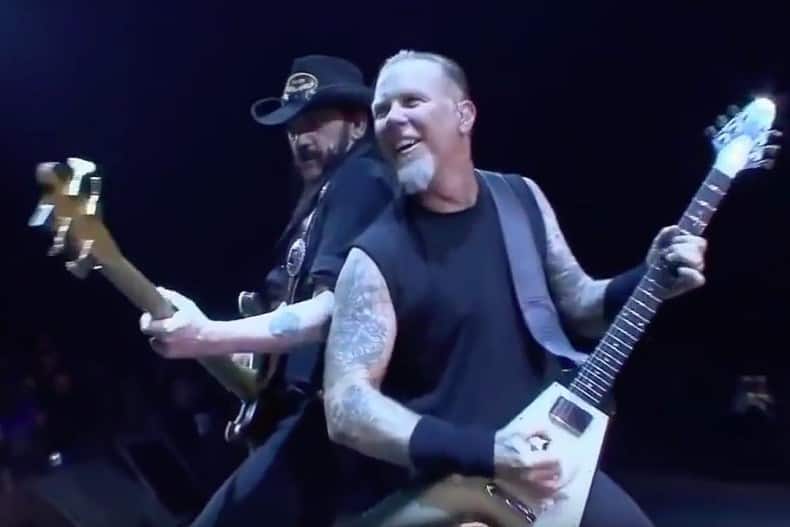 I Can’t Think Of Any Holiday That I Feel So Conflicted About As Memorial Day.

The point of the holiday – the remembrance of those who have fallen in war – is a good and noble one. But it has become something different of late: an orgy of mindless patriotism. It is less about those who have fallen and more about the nation that they have fallen for. And that is something that does not sit well with me. War, said military theorist Carl von Clausewitz, is politics by other means. Few of the conflicts of the last century can truly be broken down into the black and white of good versus evil. They are simply a competition of geopolitical interests grown violent. And in that violence, men and women die. It matters not the noble or less-than-noble reasons that led to their deaths; what matters is the simple fact that they fell.

And that brings us to Motörhead. Yes, Motörhead. Lemmy Kilmister is best known for writing fast, loud proto-speed metal songs. And that, to be sure, is not everyone’s cup of tea. But back in 1991 he penned a song called “1916.” It is dirge. And yes, it is about an English soldier in the First World War, but it speaks to a universal experience running from the Somme to Guadalcanal to Khe Sanh to Fallujah.

If there is any song that so perfectly encapsulates the meaning of Memorial Day, I have not found it. The nameless narrator describes, in simple and stark words, the experience of war. Beyond the initial lines, there is little patriotism here. There is no flag waving or talk of higher ideals. There is simply the reality of war and the failed struggle to survive. It is ugly and brutal and bloody. This is no celebration. It is a eulogy. And that seems exactly right to me. Memorial Day is about the fallen. It is about remembering them and honoring their deaths. When we inject that memory with unthinking patriotism, when we try to appeal to a higher purpose, when we make the day about politics and not people, we dishonor their memories.

On Memorial Day, the best way to honor the fallen is to remember them and their experience. It is to leave the politics and jingoism aside, and confront the cruel reality of war. And, having done so, we may best honor the dead by not surrendering to the thoughtless flag waving and superficial patriotism that Memorial Day has become. We must remember the dead, and do our damnedest to ensure that those grim ranks are not added to, by old men sending young men to die in the name of politics.