Ted Cruz Wants A “Religious Test” For Refugees, But Can He Pass This Basic History Test? 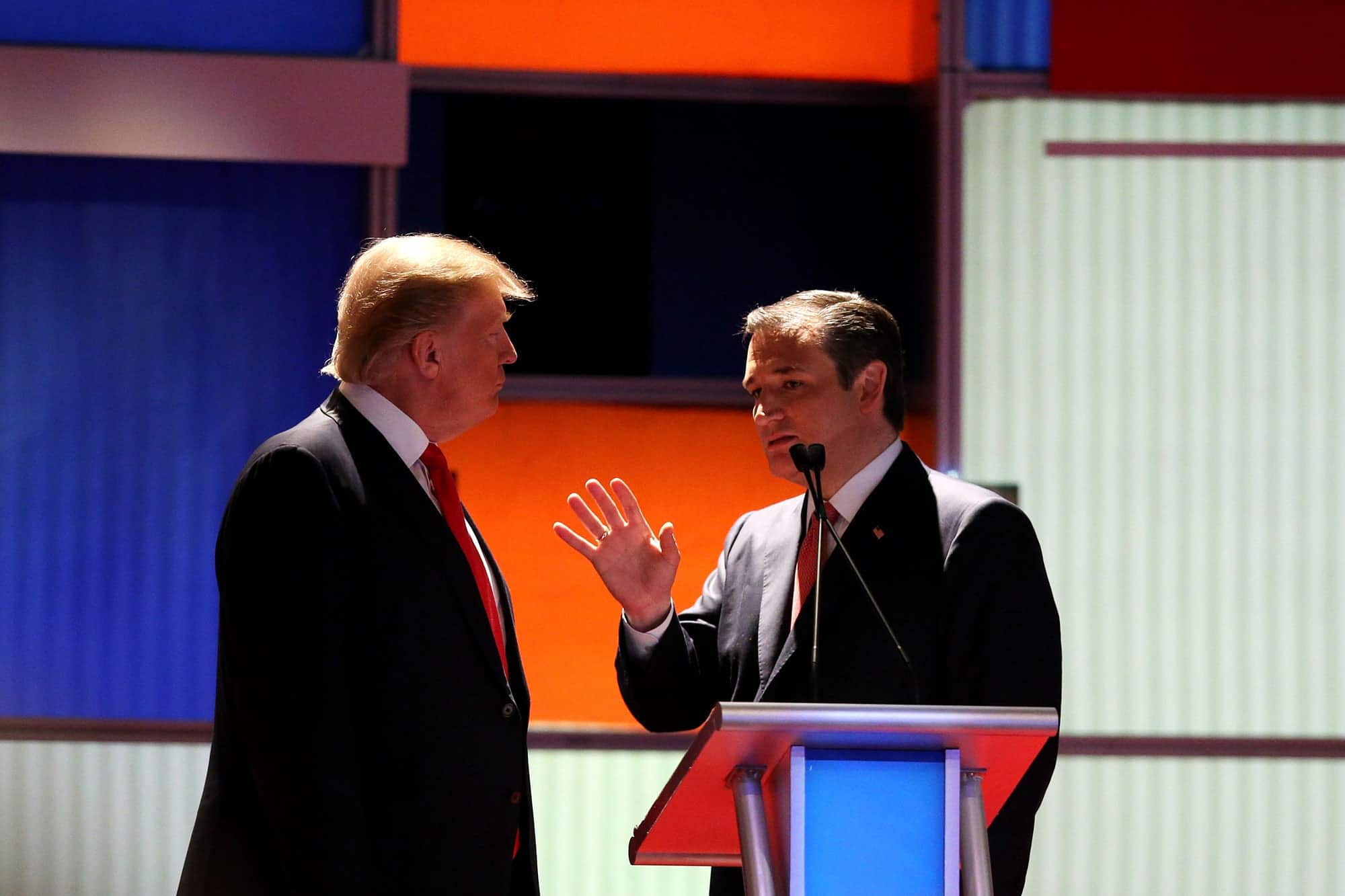 Ted Cruz has caused quite the stir with his recent ridiculous demand that Syrian refugees pass a “religious test” before being granted entry into the United States, an idea President Obama thoroughly dismantled this week. Cruz believes we should allow Christian refugees into the United States — because Christians are never terrorists, according to Cruz — but no Muslims. And some people struggle to comprehend why so many consider Ted Cruz and others to be bigots?

What really grinds my gears is that Ted Cruz, and so many other conservatives, proclaim themselves on the regular to be the most American of all Americans. That they love America more than progressives like me, that they understand American history, and economics, and civics, and any number of other things better than I do. Of course, given the things they say and the ideas they propose, like Cruz’s silly “religious test” or John Kasich’s asinine proposal to create a new government agency promoting Judeo-Christian ideology around the world, I tend to laugh their faux-patriotism and make-believe piousness out of the room.

So I’ve devised a short, simple test for Ted Cruz, one that could be administered easily to any fringe conservative of his ilk. I’m not publishing the answers to these questions, because they should be common-sense, and watching conservatives stumble around trying to answer them should be pretty hilarious for the majority of Americans who are smart enough to already know these answers. And it’s multiple-choice, so hey, maybe some of them will just guess the correct answers? I want to give Ted Cruz a fighting chance here, you know?

So, without further ado, here’s a little quiz that Ted Cruz can take to prove he’s not the complete and utter nincompoop so many Americans think he is. And please, no cheating!

Question 1: The United States was founded as a _____ nation, which is ensured by the religious clause of the first amendment.
a. Secular
b. Christian
c.  Judeo-Christian
d. None of the Above

Question 2: In his famed letter to the Danbury Baptists, Thomas Jefferson wrote which of the following phrases?
a. The first amendment creates “A wall of separation between Church and State.”
b. “I don’t trust Muslims, and we should never allow them into the United States.”
c. “America should never have a Muslim president.”
d. “I’m going to ride to Philadelphia tomorrow without a saddle. YOLO!”

Question 4: Which of the following phrases best describes what America’s economy has ALWAYS been, for hundreds of years?
a. A “mixed economy,” combining capitalism and socialism together
b. Capitalism
c. Socialism
d.  None of the Above

Question 5: Why did colonial Americans fight the Revolutionary War to gain their independence from Great Britain?
a. They were being taxed without fair, equal representation in the British Parliament
b. Taxes were too high; they wanted Britain to lower taxes for America’s “job creators.”
c. The British government was regulating their businesses unjustly
d. England was about to implement the socialist health care system they have today

Question 7: The vast majority of scientists all around the world believe that climate change is _____
a. Real, man-made, and posing a very serious risk to the human race
b. A hoax made up by solar panel and wind turbine companies
c. A hoax invented by Barack Obama and/or Al Gore
d. A real plague sent to earth by God to punish us for Caitlyn Jenner

Question 9: Jesus Christ encouraged which of the following types of behavior?
a. Helping the poor and healing the sick, even if doing so must come at your own expense
b. Helping the poor and healing the sick, but only after you’ve acquired tremendous wealth for yourself
c. The poor should pull themselves up by their bootstraps; we should never help anyone else, ever
d. Whoever dies with the most toys, wins