Sesame Street is introducing its young viewers to Julia, a red-headed Muppet who does things a little different, but still has the love and respect of her friends.

She’s an important character, one that Sesame Street has worked hard on. And that’s because Julia has autism. And, as such, she will be representative of a wide swath of children who are underrepresented in such shows. Yet, that in itself is complicated, because autism is so varied, from person to person.

As senior Sesame Street  writer Christine Ferraro told 60 Minutes, Julia is complex since “autism is not one thing, because it is different for every single person who has autism.”

She then added, “When [children] encounter [someone autistic] in their real life it’s familiar. And they see that these– these can be their friends too.”

It’s a beautiful concept, and parents of autistic children have widely applauded the effort. Furthermore, parents of neurotypical children are generally happy to have their own children introduced to such concepts as inclusiveness and acceptance.

The only group that seems to be unhappy about Sesame Street and their decision to create an autistic child are Conservatives, who have flooded articles’ comments sections about Julia with their own special brand of hate and vitriol.

“There they go again! Why do liberals always think that people with special needs always need constant reminding of their troubles in life? Tv shows, various toys…all kinds of things! Did it ever occur to liberals that these kids might actually want to play with a normal toy or watch a normal tv show? I really think liberals make these products so it will make THEM feel better instead of the kids they ‘claim’ will feel better about themselves. Why does a kid need a handicapped toy or watch a handicapped character in a tv show to “feel better” about themselves? Like I said….it all for the purpose of making these self righteous liberals feel less guilty about what they’re really thinking!”

What is it we’re really thinking, I wonder…beyond hey, wouldn’t inclusiveness and acceptance and tolerance be great lessons for our children?

“You know, I am so sick and tired of people trying to normalize every type of handicap, god made you that way so get used to it. I met this family that wanted to rent my beachhouse for the summer, everything looked great on paper until we met at the house and they brought their 8 year old son who is autistic, that brat acted up so much I wanted to tell the father to smack it…long story short, I refused to rent my beachhouse to them because of that uncontrollable brat.”

Personally, I’m glad “it’s” father decided not to “smack it.”

“So glad I don’t have kids to raise in this incredibly leftist PC world.”

Again, why is it that inclusiveness is now seen as both a bad thing and a liberal thing? Am I the only one who finds that really strange and very sad?

Then came the “parenting experts.”

“Oh puh-lease. I’m so over this Autism stuff. Back in my day it was called being socially awkward. Parents now just need a reason to stop being parents. “I can’t say no because he has Autism and he doesn’t understand.” Anything to drop their kids on someone else for “therapy” which is really just them going to a glorified babysitter so the parents don’t have to deal with the tantrums they created by never giving rules and guidelines on how to act.”

Do you know what I am over? Adults who feel ok about bullying children with special needs, and doing it behind the safe anonymity of a computer screen while online.

“autism is fake its parents that cant control their kids!”

Perhaps if you had watched a little more Sesame Street, you would understand the basic rules of capitalization.

But Here Is What They’re Really Afraid Of

And then, of course, came the real, underlying fear of the right. If one segment of the population with differences is highlighted – like children with autism – then obviously, the next step will be transgender Muppets. Which is actually a pretty damned good idea, but also indicative of how fearful these people are of those who aren’t the same as them.

“When can we expect ‘Chris’, the token trans-gender Muppet to appear?”

“When does the transgender muppet arrive?”

“When are they going to have a Transgender Muppet? You know its only a matter of time – leftists running that show wont be able to resist it forever.”

And then there was this shining gem of compassionate conservatism:

“She sings with a hairlip and can’t pronounce ‘s’ because of her ra-tart teeth. Next she’ll get pregnant from the gay Ernie character…and they’ll all live on welfare and SNAP cards…just like real life in the ghetto. And the kid will even eat lead paint-chips just to ‘keep it reaaaal, yo.’”

I could keep going, but I won’t. Certainly these commentators have made their points.

But this is why public television, and shows like Sesame Street, are so important. These people have children. And these children deserve to learn about kindness, tolerance, and inclusiveness…and it doesn’t sound like they will be getting that from home.

Because in Trump’s America, inclusiveness and acceptance is suddenly partisan. Celebrating differences is suddenly a liberal flaw instead of an American trait. 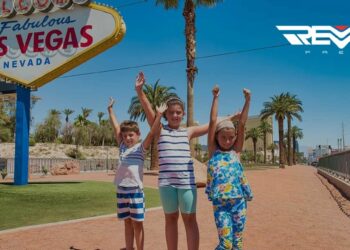