Can Science Explain the Rise of Bernie Sanders? 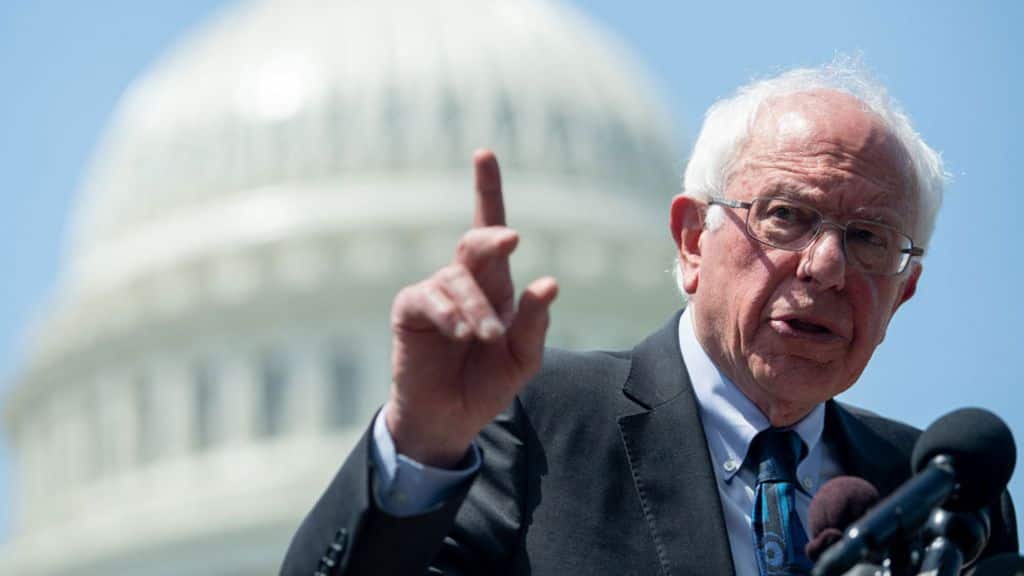 0
SHARES
0
VIEWS
This July, I stopped by Bernie Sanders’ town hall meeting in Houston, Texas. Everything went as one would expect. Building security checked us in. Bernie volunteers gave us pins and directions. One of the Bernie volunteers had a weird kind of continuous Mohawk/goatee combo, because of course he does. We took our seats, and Bernie Sanders finally started speaking.  The crowd hung on every word–scarce was a line not followed by applause. My hands were getting sore, and the beer I inexplicably thought was a good idea before a town hall meeting decided it was ready to leave my body.

On my way back from what could generously be called a toilet, I spotted her—one of the security guards, completely unaffiliated with the event, staring at this wild-eyed old man, silently nodding along as he spoke about healthcare. I could spot a faint, tearful glint her eyes. Something had moved her.

That woman had just encountered a meme.

Bernie Sanders’ Appeal Explained By The Power Of Memes…But What Is A “Meme?”

Now 40% Stronger Than The Power Of Love

Let’s back up, what I am talking about when I say the word “meme?” Here’s a hint: I’m not talking about those image macros your twelve-year-old nephew thinks are the pinnacle of humor—although in their own way, those can be memes, too.

I’m actually talking about a unit, or replicator, similar in concept to that of a biological gene. Following me so far? No? Good. A meme is like a gene in that it is a replicator that plays a key role in evolution. But here’s the thing: memes aren’t biological replicators. They’re not biological at all.

No, memes are purely conceptual, but they help explain phenomenon relating to the transmission of ideas. In other words, they’re a way to look at the ideas and behaviors that help human culture evolve.

A Bellhop Shoves A Toothbrush Up His Ass For Science

But what do memes have to do with Bernie Sanders? It’s all about the emotional reaction they provoke.

There is strong evidence suggesting memes may be most successful at replicating when they provoke a strong emotional reaction from their “host” brain. This can be demonstrated with the following thought-experiment:

You are told two stories, back-to-back. Both of them are about a man taking a trip to the DMV. In the first story, the man waits a long time and is finally called up to the front desk. He renews his driver’s license, takes a new picture for his ID, then heads home.

The second story likewise has the man waiting for a long time before being called up to the front desk. He renews his license and goes to take a new picture for his identification card. This time, however, a humorous detail is added: the man sneezes mid-photograph, contorting his face into a ridiculous arrangement. The woman at the front desk tells him he is only allowed one picture, so the man takes to contorting his face grotesquely when showing others his ID.

Which story would you be more likely to repeat? When you do repeat the story, the details may change, but the meme which says “You’re only allowed one picture at the DMV” may now have a very good chance of replicating, or spreading to other people. This “essence” of the story will be passed along in various forms.

This principle was demonstrated beautifully in a 2001 study entitled Emotional Selection in Memes: The Case of Urban Legends. In that study, researchers compared the reactions of participants who were read increasingly “disgusting” stories, including—and this is really in the study—one of a bellhop shoving a toothbrush up his ass.

The results? The more grotesque the story, the more it spread.

It might seem to be common-sense that a populist candidate like Bernie Sanders would be, well, popular. But this ignores the question of why his ideas, in particular, have suddenly spread so rapidly. We’ll discuss more of that later on, but here let’s address a crucial component of Sanders’ success: emotionally resonant memes.

Of course, I have no real way of knowing what that security guard was thinking. But for the sake of argument, let’s assume she was reacting to Bernie’s stump line about “healthcare for all.” I shouldn’t have to tell you that impending death, illness, and disease is a common cause of human distress. To hear a political candidate promise healthcare to those who can’t afford it would naturally provoke a strong emotional reaction in somebody who had experienced that kind of hardship. That’s a rather verbose way of saying “it hit close to home.”

Wait, there I go again—what the hell do I mean by “non-committed agent?” There’s only one way to find out, isn’t there?