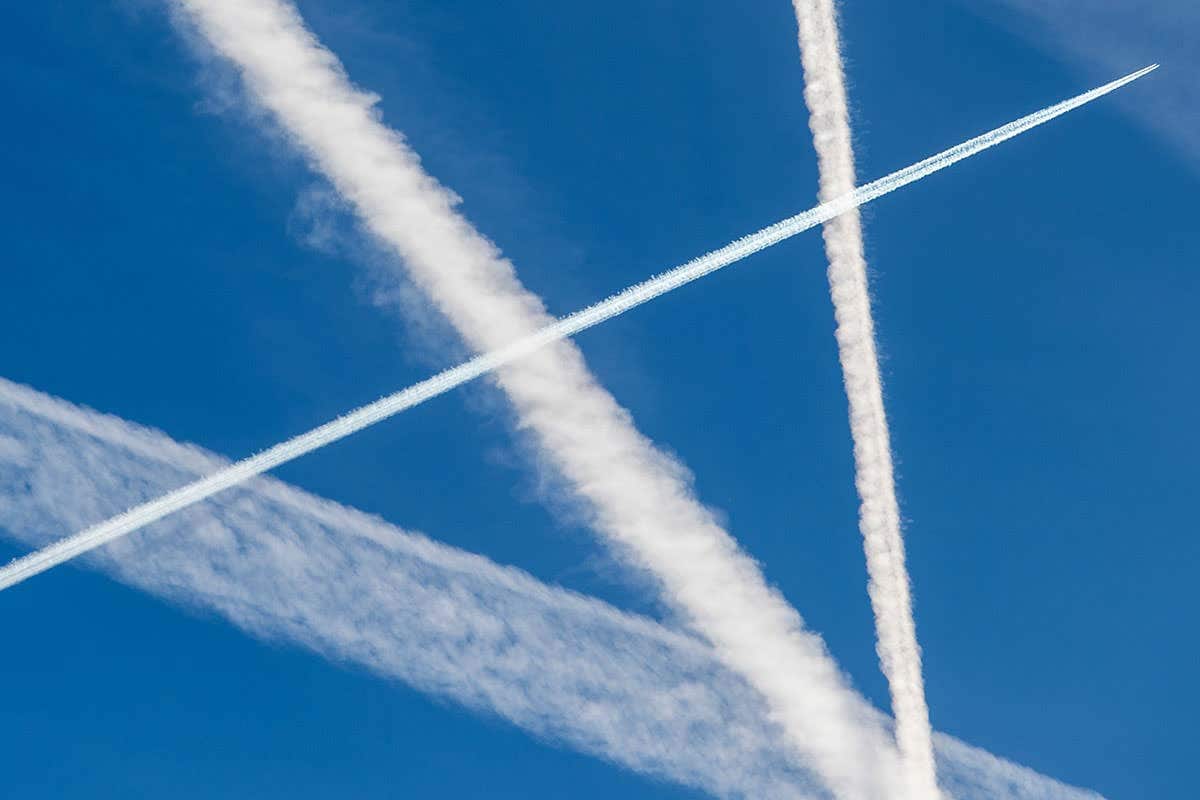 Paul Gosar, a Republican representative from Arizona, found himself in a bit of a situation at a recent town hall meeting. Everything started so well, until a chemtrail conspiracy theorist stood up, and things took a turn for the surreal:

My body is filled with barium, aluminum, and strontium, and nobody is doing anything about it. That’s why I’m here today. Because we want answers and we want something done instead of being placated and have people make fun of us about tin-foil hats. Well, go get your blood tested.  You’ll throw your tin-foil hat away, as well as your jokes. This is a serious matter.

This intriguing word salad was nicely punctuated by the claim that “We don’t need science!” So yes, that happened to Paul Gosar. And it couldn’t have happened to a nicer guy, for reasons which I will get into shortly. As conspiracy theories go, chemtrails are bottom of the barrel. The notion that anything  – whether mind control or geoengineering – can be accomplished by spraying trace amounts of chemicals into the stratosphere is nothing more than laughable pseudoscience. It has been debunked and debunked again. Here’s the funny thing though, while Gosar found himself at a loss when confronted by the fringiest of the fringe, he’s got a pseudoscientific skeleton or two in his closet.

I speak, of course, of climate change, and Gosar’s unscientific and blatantly incorrect views regarding it. Back in 2011, Gosar somehow managed to blame the record breaking wildfires that had recently swept the state of Arizona on “extreme environmental groups:”

The first meeting of a House panel on forest health Tuesday turned into a forum for lashing out at “radical environmentalists” — and, to an extent, the federal government — as the cause of the size of the recent fires. . . [Gosar] said the state’s commercial timber industry needs to be resurrected to deal with thousands of acres of “badly overgrown” forests. “But bureaucratic red tape, preventing the private sector from participating in the stewardship of our public lands, combined with the excessive litigation initiated by some extreme environmental groups, resulted in the loss of Arizona’s timber industry and the jobs provided by the responsible management of our natural resources,” he said.

This, of course is nonsense. It is well established that the extreme weather fluctuations driven by climate change are associated with an increased risk of forest fires. But Gosar can’t bring himself to admit that. In his mind climate change simply isn’t happening. He’s so sure that it isn’t happening that, in 2014, he sponsored a bill prohibiting the funding of a program to model climate change:

I am pleased to see my colleagues in the House join me in my efforts to cut waste, fraud and abuse and prohibit funds from going towards a new Climate Model Development and Validation program within the Department of Energy. Congress should not be appropriating precious taxpayer resources on new programs that compete with the private sector. If funded, this program would have been yet another new addition to the President’s ever growing list of global warming programs that have been instituted and funded all over the federal government in recent years.

Given all that, there’s some mild irony to be found when a man who denies science finds himself in opposition to a man yelling that “we don’t need science.” It’s nice to see Gosar get a taste of his own medicine and, for a change, have to be the rational one in the room. When your only hope of appearing sane is to stand amongst chemtrail conspiracy theorists, you might be advised to reexamine your life choices.

But here’s the thing: we can all sit back and laugh when people begin babbling about chemtrails. It is a fundamentally silly notion. But, as nonsense goes, it’s harmless. No matter how much people yowl about chemtrails and mind control and geoengineering, they’re not going to have any impact, on anything, ever. But when it comes to the climate change denialism of Paul Gosar, stupidity has consequences. For Gosar and his ilk are in a position where they do wield power and engage in activity that damages not just the country, but the entire world. Their denialism serves to prevent meaningful action to combat climate change. It’s gratifying to see Gosar get a taste of his own medicine, yes. But still better would be if we managed to educate people to the point where climate change denialism is regarded as laughable pseudoscience, just like chemtrails.