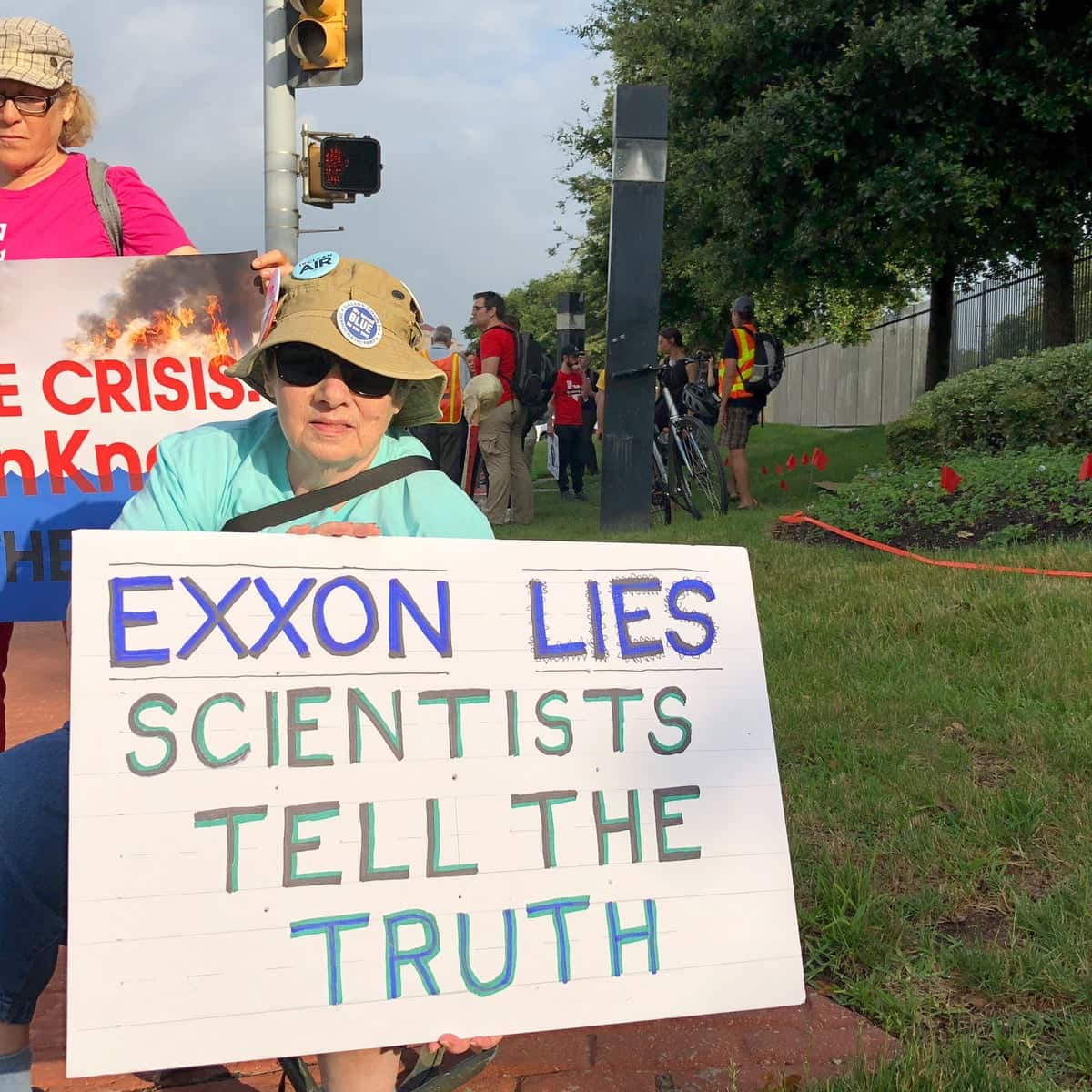 In 1981, Exxon Scientist Lenny Bernstein informed his managers about a new discovery in Indonesia. His email informed his supervisors at Exxon,

At that time, only scientists were aware that CO2 production as a result of fossil fuel burning in the atmosphere threatened to change climates all over the world. The whole world found out about it in 1988 when climate scientist James Hansen testified before a Congressional committeethat

“global warming was caused by the buildup of greenhouse gases in the atmosphere, due to the burning of fossil fuels.”

Hansen’s testimony became a full-page story on the front page of the New York Times, beside Hansen’s graph of temperature increases and under the headline, “Global Warming Has Begun, Expert Tells Senate.”

This was a revelation to other oil companies, but not to Exxon-Mobil. Instead of charting a plan to counteract global warning, however, the executives at Exxon decided to organize a disinformation campaign to raise doubts about global warming and hinder any efforts to contain it–efforts which Exxon feared would cut into its world-wide profits, which were almost entirely based on the sales of fossil fuels. This disinformation campaign is detailed in a report posted on their website this month by the Union of Concerned Scientists (UCS).

Among other facts brought out by the UCS Report are the following:

“1. BP, Chevron, ConocoPhillips, ExxonMobil, Peabody Energy, and Shell—developed or participated in campaigns to deliberately sow confusion and block policies designed to reduce the heat-trapping emissions that cause global warming.

2. Company executives have known for at least two decades that their products—coal, oil, and natural gas—cause harm to people and the climate.

3. Some of these same companies continue to support groups that spread misinformation designed to deceive the public about climate science and climate policy.”

Over the years, the amount that Exxon spent funding climate change deniers and funding front groups came up to $27 million. This is all documented with emails, letters, and bills included in the UCS report.

Eventually, the bill for their dishonesty and corruption came due and the tobacco companies were forced to pay billions of dollars in fines and reparations. Just last year, a widow in Florida won a judgment of $23.6 billion against R. J. Reynolds. But their crimes only affected people who smoked cigarettes. The alleged crimes of the oil company executives affect every single person on the planet. How much will the oil companies be forced to pay? $100 billion? $1 trillion?

An even more daunting question is, How much will humanity have to pay for the greed and dishonesty of a few oil company executives?