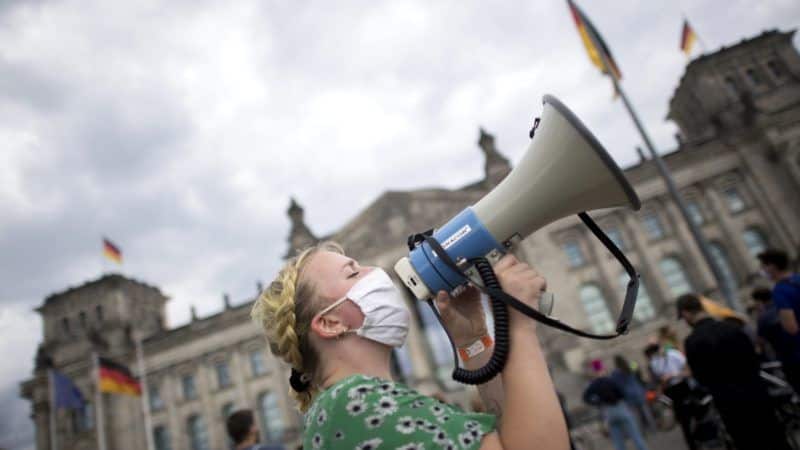 0
SHARES
49
VIEWS
Have you ever wondered why so many extreme right-wingers and rich people act like psychopaths? It turns out what we’ve always suspected is true. Recent scientific studies reveal that some right-wingers — and the rich CEOs they serve — really ARE psychopaths (Please note, we are not talking about your average Republicans and conservatives).

That goes a long way towards explaining why those extreme right-wingers in Congress refuse to raise the minimum wage while CEOs pay themselves thousands of dollars per hour; why right-wingers spew toxic anti-government vitriol while the dirty energy industry spews toxic waste; why Wall Street bankers got away with criminal acts that wrecked our economy but never served any time in jail; and why — when big business hurts people and things — U.S. tax payers always wind up paying the bill.

Since we often casually refer to rich, right-wingers — like Mitt Romney, Donald Trump, the Koch brothers John McCain, and Sarah Palin — as “psychopaths” because they’re mean and… well… psycho, let’s first talk about what a “psychopath” really is. The psychopath can have a variety of destructive and antisocial traits, but they always have one thing in common: Lack of empathy, and lack of remorse for the harm they cause. Dictionary.com defines the word as:

“A person with a psychopathic personality, which manifests as amoral and antisocial behavior, lack of ability to love or establish meaningful personal relationships, extreme egocentricity, failure to learn from experience, etc. […] Also called sociopath: a person afflicted with a personality disorder characterized by a tendency to commit antisocial and sometimes violent acts and a failure to feel guilt for such acts”

Furthermore, there’s a particular type of psychopath who shows what is referred to as the “Dark Triad” of negative traits: Narcissism (a big ego), Machiavellianism (will do anything to get ahead, no matter how evil), and basic psychopathy. Because, seriously, there’s no other possible explanation for how right-wingers can deport children, cut food stamps, destroy our natural resources, deny couples the right to marry, force women to bear children against their will, and expect millions of their fellow Americans to work for slave wages, and still sleep at night.

Michael Cook from Bio Edge reports on the results of two studies by the University of Fla. at Tampa’s Marcus Arvin, which links right-wing views on current issues to “dark triad” psychopathy. The latest, published in the medical journal Neuro Ethics states that hardcore right-wing views are “5 to 30 times more likely to be related to antisocial traits than socially liberal views.”

Cook adds that Arvin further claims there’s only a “one in 100,000 chance that his findings are wrong.” That’s right: Those who held extreme right-wing views on the following issues were 5-30 times more likely to be dark triad psychopaths. ”

Wow. That explains a lot. After all, it takes a very special kind of person to cut food stamps and vital public services to fund more wars and more tax cuts for the rich.

RICH PEOPLE ARE MORE LIKELY TO BE PSYCHOPATHS, TOO.

And guess what? Studies find rich people are more likely to be psychopaths, too. Proceedings of the National Academy of Sciences (PNAS) published a series of seven University of Calif. at Berkeley studies which reveal  that rich people are more likely to be break rules, cheat, act greedy and selfish, feel less empathy towards others, and feel a sense of entitlement than the rest of us. In fact, an experiment with a rigged game of Monopoly showed that even people who merely feel rich will start to act that way. Or, to quote from the video, “those in the role of top dog started talking like one.”

Even though they knew the game was rigged, “those in the role of top dog started acting like one,” while the “poor” players started playing more nicely with others, even when they were rich in real life. Here’s a fascinating video with a PBS report on these studies.

Bud Meyers, a blogger who wrote about this study, slyly adds:

“This might help explain why some people like Wal-Mart’s Christy Walton can rake in $1.2 million a day in unearned income with stock dividends, while at the same time, refusing to pay her employees a living wage in earned hourly income — costing the taxpayers $6,000 per employee in government entitlements (aka “wage subsidies”). It seems that some of these people just can’t help themselves…they’re mentally ill!”

SOCIAL DOMINANCE ORIENTATION (SDO) IS WHAT MAKES SOME RIGHT-WINGERS SO MEAN.

In the wake of racist L.A. Clippers owner Don Sterling’s spectacular self-inflicted demise last year, Paul Rosenberg from Salon explores why Sterling’s such a bigoted jerk, and why right-wing blowhards like Rush Limbaugh (who is at least savvy enough to deny being a racist even though he is one) so quickly jumped to defend him. To explain why these extreme right-wing positions so often seem contradictory, hypocritical, and crazy to the rest of us, Rosenberg explains, “the defense of hierarchy is what conservatism’s all about,” and quotes from a 2003 paper by New York University’s John T. Jost (who was at Stanford University at the time):

“The core ideology of conservatism stresses resistance to change and justification of inequality and is motivated by needs that vary situationally and dispositionally to manage uncertainty and threat.”

Rosenberg then tosses a new form of psychopathy into the mix: Social Dominance Orientation (SDO). As Wikipedia explains, SDO is “a measure of an individual’s preference for hierarchy within any social system.” They add that this includes the “domination of lower-status groups.” Extreme right-wingers, of course, tend to have high SDO scores, believe in a “dog-eat-dog” world, and are hence more inclined to encourage — or at least accept — discrimination against women, people of color, LGBTs, non-Christians, immigrants, the poor, and even the merely not-rich.

WHY WE VOTE FOR RIGHT-WINGERS WHO MAY BE PSYCHOPATHS.

So why do we keep voting for and listening to these right-wing psychopaths anyway? Rosenberg’s Salon article explains that the answer lies in a surprising phenomenon called Right Wing Authoritarianism (RWA). Dr. Bob Altemeyer, a psychology professor at the University of Manitoba (in Canada), introduced the concept of RWA in 1981 and has conducted untold numbers of studies and collected vast amounts of data ever since. He then wrote an influential book on the topic, “The Authoritarians,” in 2006, which was drawn from heavily by Richard Nixon’s former White House counsel and Watergate conspirator John Dean in his book, “Conservatives Without Conscience.”

As explained in Wikipedia, people who fit the RWA profile are more inclined to obey people in power without question — but only when they’re seen as “legitimate” and not from Kenya — and to punish those who do not conform.

“Right-wing authoritarians are people who have a high degree of willingness to submit to authorities they perceive as established and legitimate, who adhere to societal conventions and norms, and who are hostile and punitive in their attitudes towards people who don’t adhere to them. They value uniformity and are in favour of using group authority, including coercion, to achieve it.”

That’s why they forgive the never-ending transgressions of those they see as their superiors, while piling on perceived enemies for far lesser crimes (#BENGHAZI!). The majority of RWAs are highly conventional as people, and more inclined to follow orders and go along with their crowd.

And smaller number of RWAs who are also psychopaths with SDO are all too happy to take charge and exploit their followers.

WHAT ABOUT AUTHORITARIAN LIBERALS?

There have been a number of other attempts to identify “left-wing authoritarians” in the United States and Canada. These would be people who submit to leftist authorities, are highly conventional to liberal viewpoints, and are aggressive to people who oppose left-wing ideology. These attempts have failed because measures of authoritarianism always correlate at least slightly with the right. However, left-wing authoritarians were found in Eastern Europe [19]There are certainly extremists across the political spectrum, but most psychologists now believe that authoritarianism is a predominantly right-wing phenomenon.[20]

NOTE: “The Authoritarians” is available free of charge as a PDF, or for purchase in audio and book formats.

Teacher To Children: Your Parent ‘Is Not A Christian’ If They Support Obama