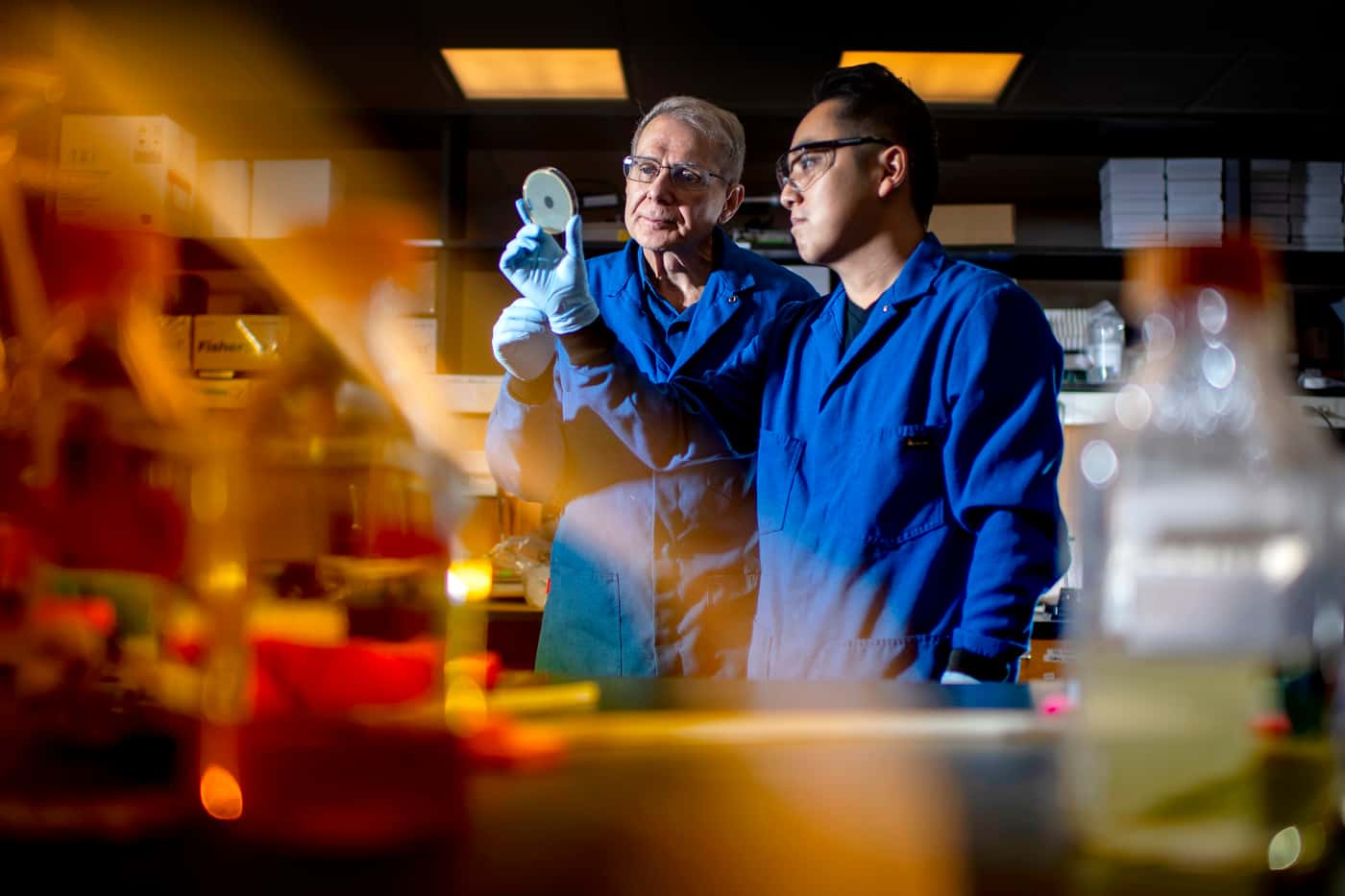 0
SHARES
3
VIEWS
Scientists at Boston’s Northeastern University in conjunction with biotech start up, NovaBiotic Pharmaceuticals of Cambridge, Mass., have discovered the first entirely new class of antibiotics in decades, and they did it by looking in the dirt. The drug, Teixobactin, has performed extremely well in tests and has proven to be safe when used on mice. It could be ready for human use in as little as five years.

The world of medicine was transformed in the 20th century with the discovery by Alexander Fleming of Penicillin, a substance derived from a common mold. The drug he produced was effective against a wide array of bacterial infections and credited with saving thousands of lives, as well as preventing thousands more from amputation. Penicillin ushered in an era of medical breakthroughs as more drugs were developed in a similar fashion, providing an entire spectrum of treatments for disease.

In time, though, the bacteria themselves evolved, becoming more and more resistant to the microbe-killing properties of the drugs. New drugs were developed to combat the resistance. New resistances developed, requiring the development of new drugs, until such drug-resistant forms of the bacteria reached epidemic proportions. Each new batch of drugs found its effective life shorter than the last, reducing the profitability of the drug after accounting for its development cost.

Enter Teixobactin. The new drug is different — different enough that it’s effective lifetime could be counted in decades, not just a few years. Professor Kim Lewis of Northeastern’s Antimicrobial Discovery Center put it like this:

“Apart from the immediate implementation, there is also I think a paradigm shift in our minds because we have been operating on the basis that resistance development is inevitable and that we have to focus on introducing drugs faster than resistance. Teixobactin shows how we can adopt an alternative strategy and develop compounds to which bacteria are not resistant.”

Most of today’s antibiotics are produced by organisms grown in pristine laboratory conditions. There are millions of organisms that might produce an effective agent for fighting disease, but 99% of them can’t grow in those pristine conditions. The scientists at Northeastern found a way to use a thin layer of soil between two membranes to trick organisms into acting as though they were growing in a natural environment.

Scientists used a tiny device called an iChip to test hundreds of microbes at a time. After 10,000 were tested, they found one that proved effective in breaking down the cell lining of Gram-positive bacteria, which are responsible for some of the world’s greatest scourges, includingPneumonia, TB and a Staph infection known as MRSA, which affects a million Americans each year. Animals used in the tests showed no side effects.

Teixobactin is not a panacea. It has not shown effectiveness against Gram-negative bacteria like E. Coli, the vibrio bacteria which causes Cholera and others. Still, an antibiotic that is effective against many of today’s super bugs, that has hopes of maintaining that effectiveness for a generation or more, is huge news.

Even more importantly, this may be just the beginning. There are millions more microorganisms that have yet to be tested. NovoBiotic Pharmaceuticals, which holds the patent on Teixobactin, has so far found 25 antibiotics using the new procedure.

The new technique may be an even bigger story than the drug itself. Gerald Wright, a professor of Biochemistry at McMaster University in Canada who was not involved in the researchsaid this:

“They’ve looked where no one was looking before. In a field full of doom and gloom, they’ve shown us a new way to develop antibiotics.”

How many more, even greater discoveries could there be hiding in the dirt.