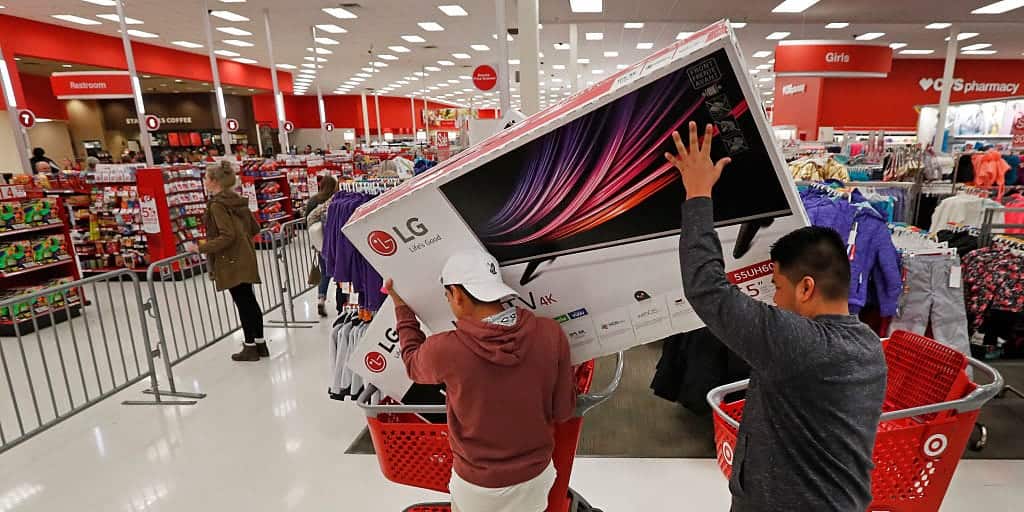 Oh, don’t even pretend that you didn’t see this one coming. After Target announced that they were all about inclusivity and said that it’s cool for trans folks to use the bathroom they feel most comfortable in at their stores, right wing conservatives are losing their marbles.

“In our stores, we demonstrate our commitment to an inclusive experience in many ways. Most relevant for the conversations currently underway, we welcome transgender team members and guests to use the restroom or fitting room facility that corresponds with their gender identity.”

“This means a man can simply say he “feels like a woman today” and enter the women’s restroom…even if young girls or women are already in there.

Target’s policy is exactly how sexual predators get access to their victims. And with Target publicly boasting that men can enter women’s bathrooms, where do you think predators are going to go?”

Clearly, Target’s new policy poses a danger to wives and daughters. We think many customers will agree. And we think the average Target customer is willing to pledge to boycott Target stores until it makes protecting women and children a priority.”

Target’s policy is exactly how sexual predators get access to their victims? Seriously? Can this group cite one case – just ONE – where this has happened to back this bold claim? Do they have a shred of evidence where a man woke up, said “Hey, today I’m going to be a woman,” went down to their local chain store and just waltzed into a bathroom and had his way with kids? Clearly what we have going on here is fear mongering. And, no, they are not publicly saying that men can use women’s washrooms. They are saying that trans women are free to use women’s washrooms. They aren’t men. They are women – women using women’s washrooms.

So far, unfortunately, over 180,000 people have taken the American Family Association’s boycott pledge.

According to The Hill, Texas Republican representative Louie Gohmert also seems to believe that allowing trans women to use women’s washrooms, paedophilia and sexual abuse will run rampant, again without citing any actual evidence or showing any understanding of what it is to be transgendered.

“Why not let the transgender, LGBT,Q,R,S,T — whatever the initials are — let them have their activities where they don’t impose upon the privacy of someone who wants to go to the restroom or shower without someone from the opposite sex being there with them.”

“If they’re going to be having women come to men’s restrooms, I won’t be going to Target to shop, unless and until that changes.”

Yes, right on cue, as America seems to take one step forward, regressive conservatives invent boogey men and try to scare the country away from progressive change. They are always so darn predictable.