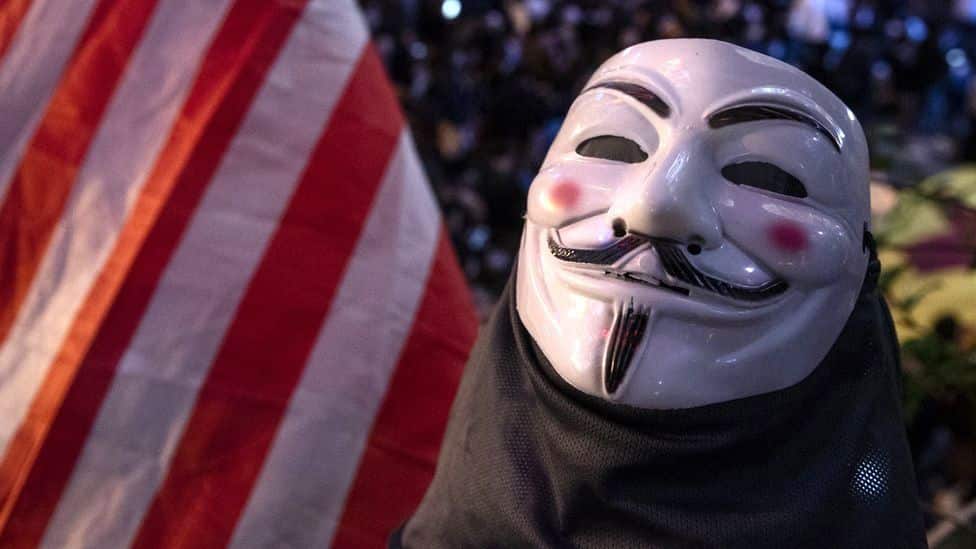 It was stunning news. Hacktivist group Anonymous had revealed the names of a number of individuals that were alleged to be in the KKK. On the list were four Republican senators and a handful of mayors. The Internet predictably went crazy, as multiple news outlets ran with the story and it was shared to the far corners of the electronic world.

It was a magical time, except for one ugly fact: As my Reverb Press colleague Marc Belisle expertly reported, the list of individuals released by Anonymous was kind of, sort of wrong. And, as it turns out, it wasn’t really Anonymous doing the leaking, simply a Twitter handle – Amped Attacks – who was only loosely associated with Anonymous. Operation KKK, the Anonymous Twitter account that had been the main channel for data releases, swiftly distanced itself from the list.

This account has NOT YET released any information. We believe in due diligence and will NOT recklessly involve innocent individuals #OpKKK

But even after this revelation, even after the leaked list of names had come under intense questioning, the story wouldn’t die. As I sit here writing, Salon.com’s article on the incident is still headlined “HoodsOff 2015″ in full effect as Anonymous publishes the names of KKK members — including four sitting US senators, while the caveat about the suspect nature of the leak, sits at the bottom of the article, where it is easily missed. Other media outlets have edited their articles to reflect the uncertainty surrounding the leak. USA Today, which had been the biggest outlet to fall for the story, is now focusing on the denials that have come from virtually everyone on the leaked list. The damage, such as it is, is already done. Memes with the faces of the four Republican senators alleged to have KKK ties were launched into the Facebook news feed. Articles that covered the uncertainty surrounding the list, were met with skepticism and cries of conspiracy. 24 hours later, the truth may be out there, but good luck finding it.

When Anonymous says that they are legion, perhaps we should consider what that means.

So what happened? What went wrong? Quite a few things as it turns out. To start with, most media outlets still don’t quite understand the nature of Anonymous. Much like the Black Lives Matter movement, Anonymous is viewed as a monolithic entity, when it is really anything but.

Anonymous is a beast with many heads. Some heads participate in leaking information that they feel the public deserves to know. Other heads act to shutdown websites or social media accounts of deserving targets. And some heads? Some heads are in it for the lulz. When Anonymous says that they are legion, perhaps we should consider what that truly means. Many of the media outlets reporting on the list of KKK members neglected to do so. Their neglect, to some degree, might have been intentional. After all, as headline go, “Some Guy Who May Be Associated With Anonymous Releases List Of Alleged KKK Members” lacks the visceral punch of “Anonymous Claims Four GOP Senators Have KKK Ties.” And that brings us to the second thing that led to the debacle of 10/2 — and this factor is far more insidious.

This Anonymous Story Speaks To The Fundamental Nature Of Online Journalism In Today’s World.

Most online media outlets are driven by ad revenue, and ad revenue come from clicks and page views. Back in the days of printed journalism all you have to do is sell copies of your paper, advertisers pay in advance, and all is well. Now, each article needs to be sold separately, and ad revenue only comes in when an article is read. The impact that this new model has on online journalism cannot be underestimated.

As the news cycle becomes ever more rapid, the pressure is on to get articles out now, before the shelf life of the story expires. And, in the case of a big news story, you can be assured that every other media outlet will be covering it. You need to get your story out FIRST, so it is not lost in a sea of similar pieces, so it gets the clicks and the shares that are your bread and butter. Corners are cut. Things slip through the cracks. The sort of due diligence that was possible with print journalism, when an investigative piece could be researched for weeks or months, is no longer possible.

And So We Arrive At The Final Factor In The Media’s Failure To Cover The KKK Allegations Properly: Confirmation Bias.

With the exception of USA Today, most of the media outlets reporting on the story had a left-wing slant. Nothing wrong with that — all news is reported from a perspective, and true objectivity is a fairytale. But in this case, the perspective of the media outlets came back to bite them. Four GOP senators with KKK links? Stunning news, certainly, but not implausible.

…Everyone seems to have seen the list of alleged KKK members, noted the four GOP senators at the top…and then turned off any critical thinking facilities.

There is an undeniable racist element within the Republican Party, so the notion that some GOP senators might have gone a bit further in their racism is not, on its face, ridiculous. The problem is that everyone seems to have seen the list of alleged KKK members, noted the four GOP senators at the top…and then turned off any critical thinking facilities.

Because the further down the list you go, the less plausible the story begins to be. Senators Thomas Tillis and Dan Coats? Seems legit. Senator John Cornyn, the Senate Majority Whip? In the KKK? Well, OK. Jim Gray, the openly gay mayor of Lexington, Kentucky? Uhhhhh. Knoxville, Tennessee Mayor Madeline Rogero, who marched with César Chávez? Now hold on just a minute. Something is very wrong with this story, and it should have been immediately apparent to anyone doing a bit of cursory fact checking. Media outlets were so blinded by the four senators at the top of the list that they ran with the story, without applying a modicum of common sense!

The most unfortunate part of all this? The current kerfuffle distracts from the actual data release promised by Operation KKK on 11/5. Were I to don my tinfoil hat, I could think of no better way to discredit the data that is to come. I don’t expect it to contain anything so earth-shattering as seated senators with concrete ties to the KKK…but that doesn’t mean that whatever Operation KKK publishes WON’T be newsworthy.

The Sad Truth Is That The Data Has Now Been Tainted.

Having swung far to the side of credulity, media outlets will be primed to be incredulous, perhaps overly so. That’s a damned shame. The media dropped the ball on this story, and now they’re likely to drop the ball again. All for want of some basic critical thinking. Such is life in the world of online journalism.