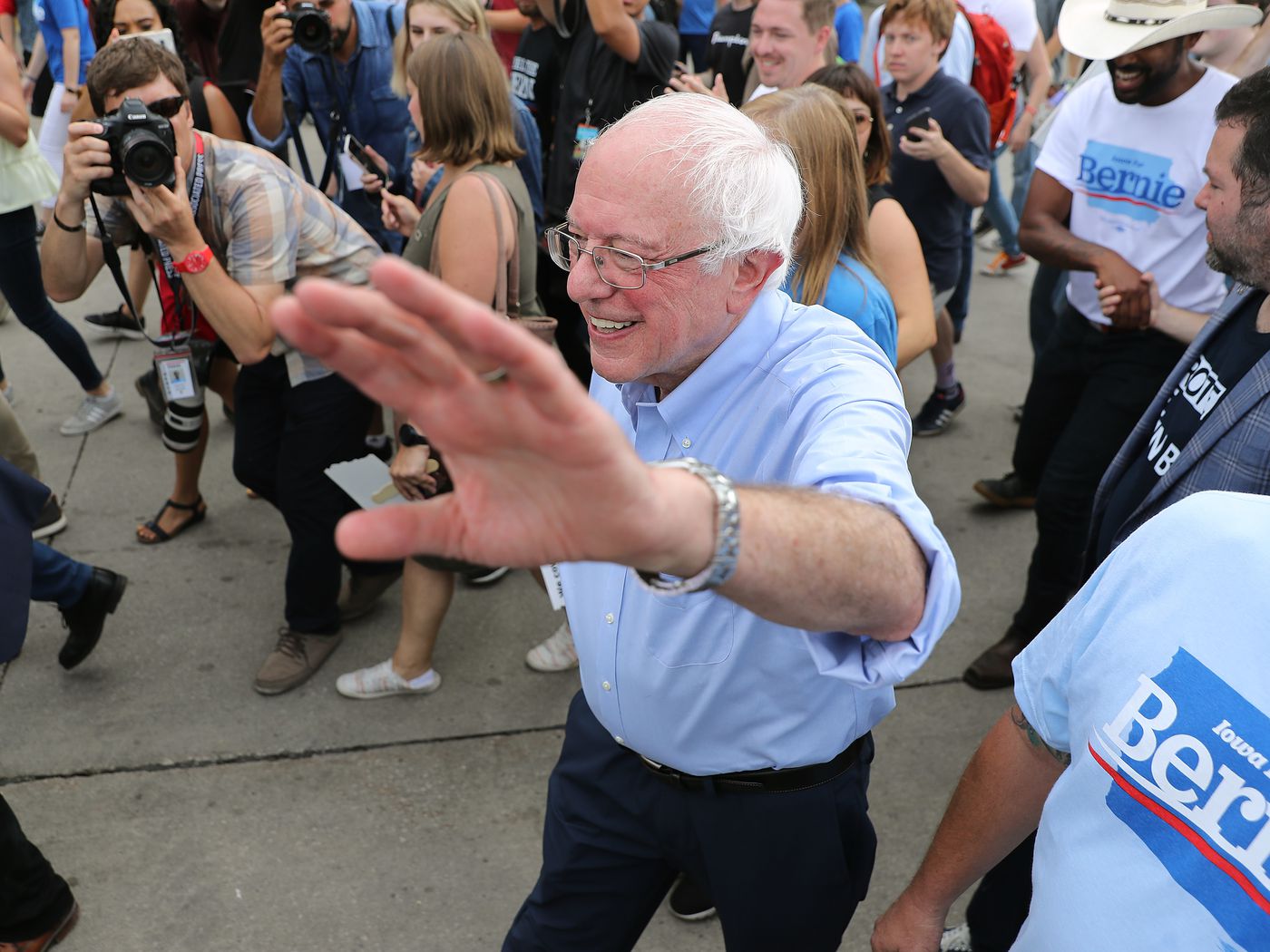 Supporters of Bernie Sanders have long criticized the media for ignoring his campaign. A new study by the Harvard Kennedy School’s Shorenstein Center on Media, Politics and Public Policy validates that critique, finding Sanders received far less media exposure than any other major political candidate in the race.

The study analysed “thousands of news statements by CBS, Fox, the Los Angeles Times, NBC, The New York Times, USA Today, The Wall Street Journal, and The Washington Post,” and concludes Sanders’ lack of coverage was most severe during the crucial “invisible primary,” or the months leading up to the Republican and Democratic primaries, when name-recognition and visibility are vital.

The best indicator of who will win the nomination, write the authors, “is how well the candidates position themselves in the year leading up to the Iowa caucus. This period—’the invisible primary’—is when the candidates try to put in place the ingredients of a winning campaign.”

“In the early going, nothing is closer to pure gold than favorable free media exposure. It can boost a candidate’s poll standing and access to money and endorsements. Above all, it bestows credibility . . . The nominating campaigns of candidates who are ignored by the media are almost certainly futile, while the campaigns of those who receive close attention get a boost.”

Sanders found unprecedented support online, and built a grassroots movement that rocketed him to a competitive position with Clinton in the polls. The authors of the Harvard study say Sanders’ standing with mainstream media improved, but was still lagging far behind the other major contenders in the race. They conclude that the media blackout severely hindered his campaign from the ‘invisible primary’ onward.

“Less coverage of the Democratic side worked against Bernie Sanders’ efforts to make inroads on Clinton’s support. Sanders struggled to get badly needed press attention in the early going. With almost no money or national name recognition, he needed news coverage if he was to gain traction. His poll standing at the beginning of 2015 was barely more than that of the other lagging Democratic contenders, former Maryland Governor Martin O’Malley and former Virginia Senator Jim Webb.

By summer, Sanders had emerged as Clinton’s leading competitor but, even then, his coverage lagged. Not until the pre-primary debates did his coverage begin to pick up, though not at a rate close to what he needed to compensate for the early part of the year. Five Republican contenders—Trump, Bush, Cruz, Rubio, and Carson—each had more news coverage than Sanders during the invisible primary. Clinton got three times more coverage than he did.”

Who Does The Media Love The Most? The Answer Will Surprise You.

The authors of the Harvard study say Hillary Clinton’s coverage was far more negative than Bernie Sanders or even Donald Trump—but that might not mean what you think it does.

This explains why Donald Trump, the target of endless vitriolic editorials, also received more favorable coverage than any of his competitors. “Why was Trump’s coverage so favorable?” ask the authors. “Why did the watchdog press say so many positive things about Trump’s candidacy?”

The reason inheres in journalists’ tendency to build their narratives around the candidates’ positions in the race. This horserace focus leads them into four storylines: a candidate is ‘leading,’ ‘trailing,’ ‘gaining ground,’ or ‘losing ground.’ Of the four storylines, the most predictably positive one is that of the ‘gaining ground’ candidate, particularly when that candidate is emerging from the back of the pack. It’s a story of growing momentum, rising poll numbers, and ever larger crowds. The storyline invariably includes negative elements, typically around the tactics that the candidate is employing in the surge to the top. But the overall media portrayal of a ‘gaining ground’ candidate is a positive one.

To this end, presumptive Democratic nominee Hillary Clinton received the most unfavorable coverage of any candidate, primarily due to the email scandal. The authors note that “even the non-scandal portion of Clinton’s issue coverage—what she was saying on trade, jobs, foreign policy, and the like—was reported more negatively than positively.”

They conclude: “Clinton was the only one of the major candidates whose policy platform generated an unfavorable balance of news coverage.”

OPINION: Berniecrats Are Right To Rage Against The Machine

Corporate media is seizing on Sanders’ campaign rhetoric to excuse themselves from criticism.

The gaslighting of Bernie Sanders supporters began when editorial boards started placing “corporate media” in quotations. Critics of consolidated media, like Manufacturing Consent author Noam Chomsky, contend that major media outlets have a vested interest in catering to the financial concerns of their owners—a group of six conglomerates who control 90 percent of the media in America. This results in biased or incomplete information trickling down into the offices of smaller publications with fewer investigative resources.

But these are the respected views of academics and philosophers, and attacking them from a perch atop The Washington Post is just plain tacky. With the Sanders’ campaign, however, editorialists can mock criticism of corporate-owned media as paranoid and kooky. By vehemently attacking Sanders’ rhetoric, they covertly absolve themselves of culpability. Media bias? Pay it no mind. It’s only the ramblings of an angry old socialist Jew and his hapless supporters. Forgive them, dear loyal consumers, for they know not what they do.

There is no secret council of bigwigs and evil Washington Post writers planning their next political hit-piece. Spend a day in the weird business of media, however, and the trickling down of biased narratives becomes clear. There is no independent solution, either—not while we lack the resources to circumvent the Big Six. As one editorial mocks the very concept of biased corporate media, so too will a hundred blogs below it. And so began the insidious placement of quotation marks around “corporate media.”

“Bernie Sanders should realize attacks on the media have consequences,” screams the headline from a Huffington Post article (most of which relied on reporting from The Washington Post). “Bernie Sanders has no love for the ‘corporate media’ — in fact, his contempt is almost Cruzian in its disdain,” writes a blogger with Recode. “Bernie Sanders and his supporters have made no secret they believe the ‘corporate media’ has been biased against them during the Vermont senator’s Democratic presidential bid,” writes Nik DeCosta-Klipa over at Boston, whose article on the Harvard study inspired this one.

The gaslighting of Bernie Sanders supporters is the gaslighting of all media critics, and the fresh-faced journalist at The New York Times has more in common with the blogging stay-at-home mom than either party may realize. With the Democratic primary winding down, the narratives fresh off the presses of the Big Six portray Bernie Sanders and his movement as deluded, irrational, and conspiracy-prone. How convenient.