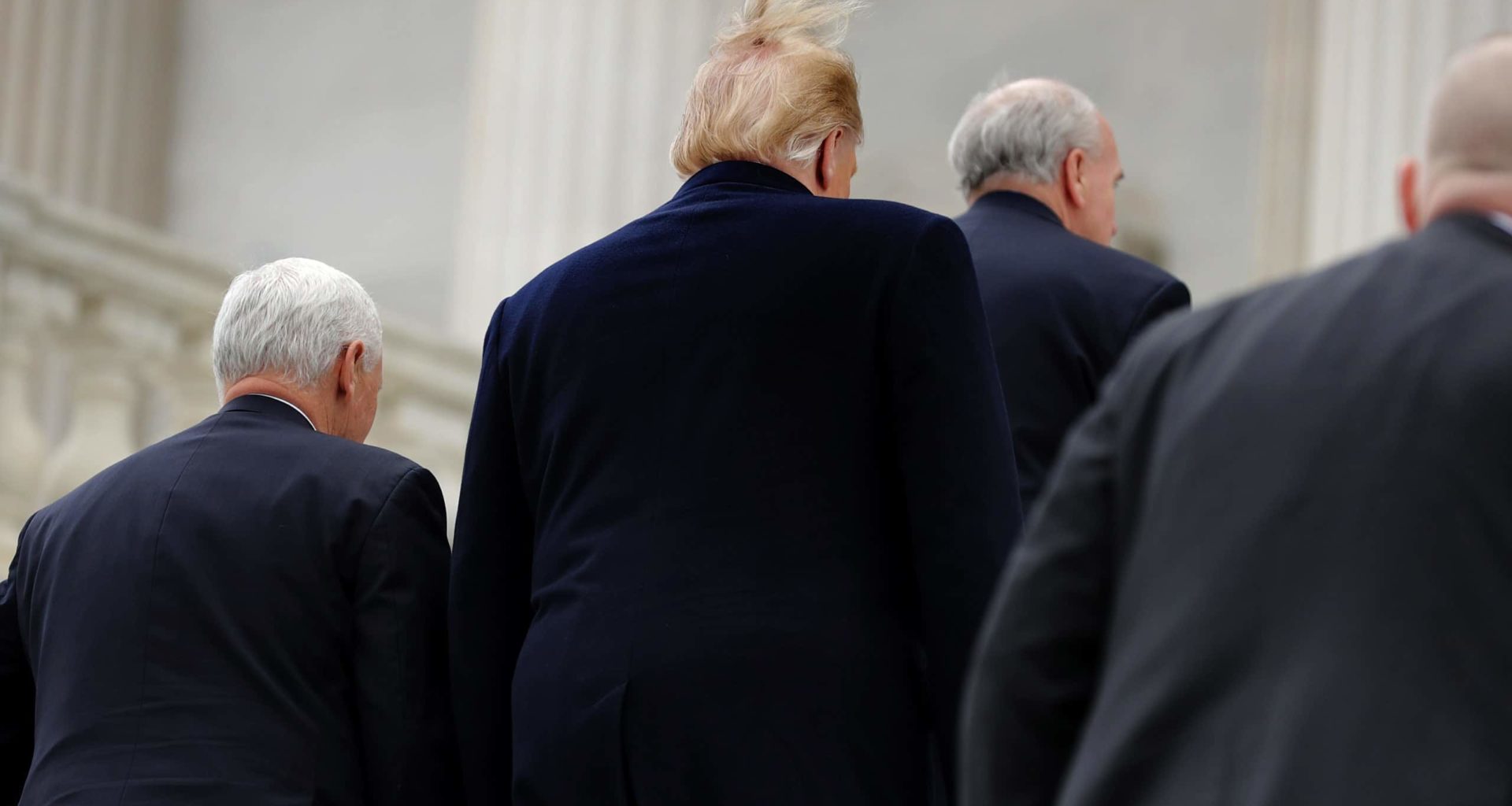 We all have heard the old adage “The squeaky wheel gets the grease.”  As we have seen this past week, one Republican presidential candidate seems to stand out as the oiliest of the lot. The media has been all over Donald Trump and his abhorrent behavior at the Fox-hosted “debate,” on social media, and the Sunday morning talk shows, et al. If you have been living under a rock for the past several days, here’s a quick run-down of his blunders. (Or are they?) During the debate, in his response to Megan Kelley’s question about using misogynistic terminology to describe women he doesn’t like, finds unattractive, or who get the better of him, Trump found a way to insult Kelley, dismiss her question as frivolous, accuse American society of being too politically correct, and take an ad hominem jab at Rosie O’Donnell all in one fell swoop. Classic Trump. And classic classless, white trash audience – did you get a load of the crowd reaction?

Predictably, consequences began to befall The Donald. The other, more “civil” candidates <eyeroll> (you know the ones who have been so kind and supportive to President Obama) chastised him and all but revoked his Republican He-Man Woman-Haters Club card, because you know how forward thinking they are about women’s issues. Trump was uninvited from the Erick Erickson’s RedState Gathering late on Friday after saying in a CNN interview that Fox News’s Megyn Kelly “had blood coming out of her eyes, blood coming out of her wherever.”  Whatever. If that weren’t enough, Trump took to Twitter later that night with a barrage of posts aimed at Kelley, most notably the “on the rag” one. He retweeted a post that called Kelley a “bimbo.” He hit the Sunday morning talk show circuit, declaring himself the candidate who will be “phenomenal to the women,” that he wants to help the women, and that “women’s health issues are such a big thing to me.” As of this writing, he’s still at it, insisting Kelley owes him an apology for his “hormonal” comment.

Honestly, I’d rather my misogynists be out and proud, like Trump.  What you see is what you get. I give him props for candor. And at least he hasn’t yet shown signs of being a Dominionist as some of his brethren seem to be. The more aggressively “Christian” the candidate, the more they look like they intend to impose Christian Sharia Lawon the U.S., specifically women. Yes, Huckabee, Walker, Rubio, Carson, Cruz. I’m talking about you.

I cannot say the same for his slimy, deceptive cohorts. Predictably, the other GOP candidates are attempting to muster the fake indignation and insincere compassion for women one would expect.  Don’t be fooled. These men are every bit as misogynistic as Trump, perhaps even more so. They simply believe that they hide it better. These men have found a way to couch their disdain for and desire to control women in policy, religion, and lies. By bringing up the perennial wedge issue – women’s choice, in an attempt to divert and detract from the real issues, for which they have no feasible answers.

Who, honestly, thinks restricting or ending women’s legal choice is the most pressing issue facing the U.S. population today? Of course, to these white middle aged men, there is nothing more important in America than what 53% of the population is permitted to do with their uterus and how much they hate that freedom. Go sell it somewhere else, losers.

You’ve been paying attention to the early-stage travesty, I’m sure. How many times has the legal right to choose been mentioned in an obvious attempt to encroach on women’s rights? The rights these cowards want to deny women and girls in cases of rape, incest, and saving the lives of the mother?  They want to completely defund Planned Parenthood, where only 3% of all procedures performed are abortions. Millions of women, Republicans and Democrats alike, depend on Planned Parenthood for check-ups, cancer screenings, mammograms, birth control, as well as many other services. And these men hate that, don’t want women to have that service.

So what’s the low-down on these lowlifes?

* Ted Cruz says he is 100% against abortion, doesn’t understand how birth control works, and voted against the Violence Against Women Act in 2014.

*Mike Huckabee recently said that to put an end to all abortion, he was not above using the FBI and National Guard in his efforts. He also believes women should be able to control or suppress their libidos, backed Todd Akin’s unbelievably ridiculous comment about legitimate rape, and has compared women’s choice to slavery and the Holocaust. Dear, dumb Huckabee. Republican women and their daughters have abortions too.

*Huck and Marco Rubio have some strange legal opinions on the issue. Rubio actually stated that he believed there should be no exceptions in cases of rape, incest, or the life if the mother because he believes that life begins at conception. He also voted against the Paycheck Fairness Act.

*The majority of the GOP field actually believes that women and children who are raped should be forced to carry the fetus. How compassionate.

*Jeb – brags that he defunded Planned Parenthood in Florida.

*Rand Paul – proposed a bill to protect the rights of a cluster of cells.

*Christie seems to be the most moderate, but he also comes off as wishy-washy.

*Carson is strongly “pro-life” and blames the protests in Ferguson on the women’s liberation movement.

The GOP hook is a plea that the lives of innocent children are being lost, taken before they have a chance. Most hypocritically, there has been no mention from these compassionate “Christians” of what care and programs they would provide to these “precious lives” once these children are born. No healthcare, no adoption services, no nutritional programs, no income subsidies, no housing, no educational assistance, no transportation assistance. NADA. Yet they shout from the rooftops that they are pro-life. Ironically, not one of these “mouthpieces for the Savior,” has mentioned the lives lost every single day to ravages gun violence. Women and children in domestic violence situations. Spousal abuse. The growing epidemic of rape. Equal pay, These men are hypocrites of the highest order.

Here are the facts, people of the United States. We must be educated. We must be vigilant. Women make up 53% of the population. Women have a voice, women have power. I have never needed a man to intercede in any issue involving my lady parts. Women will not be oppressed by men who are, at best, wolves in sheep’s clothing, pandering hucksters, or at worse, bonafide false prophets. Using religion to push a political agenda is frowned upon in both the Bible and the U.S. Constitution – documents the right wing claim to be unchanging and most holy. Appealing to the blindly religious, most hateful, and just plain ignorant is exactly what they are doing.  It’s political sleight of hand.

Yes, what Trump said and did was sexist and appalling. We would, at this point though, expect nothing less from him. He is a sideshow attraction. But his antics are not nearly as dangerously insidious as the actions of the men (all men, mind you) who have made it their mission to strip women of their hard-fought rights to their own bodies, their own choices, their own lives. But God forbid, don’t mention regulating their  firearms. Hell fire and brimstone will surely rain down upon you.

Speaking at a town hall meeting at Exeter High School in New Hampshire on August 10, Hillary Clinton shared her thoughts on the Republican candidates.

Mrs. Clinton called Mr. Trump’s remarks about Fox News host Megyn Kelly “outrageous” but added that “what the rest of the Republicans are saying about all women is also outrageous.”

“They brag about slashing women’s health-care funding,” she said of the GOP candidates. “They say they would force women who’ve been raped to carry their rapist’s child. You don’t hear any of them supporting raising the minimum wage, paid leave for new parents, access to quality child care, equal pay for women or anything that will help to give women a chance to get ahead.”

I will leave you with another old adage, “The more things change. the more they stay the same.”  As usual, the Republicans have a woman problem.  And it appears that they are not the least bit interested in solving it.

‘Cops Shot Someone’ Else At Ferguson 1 Year Anniversary Protest (VIDEO)