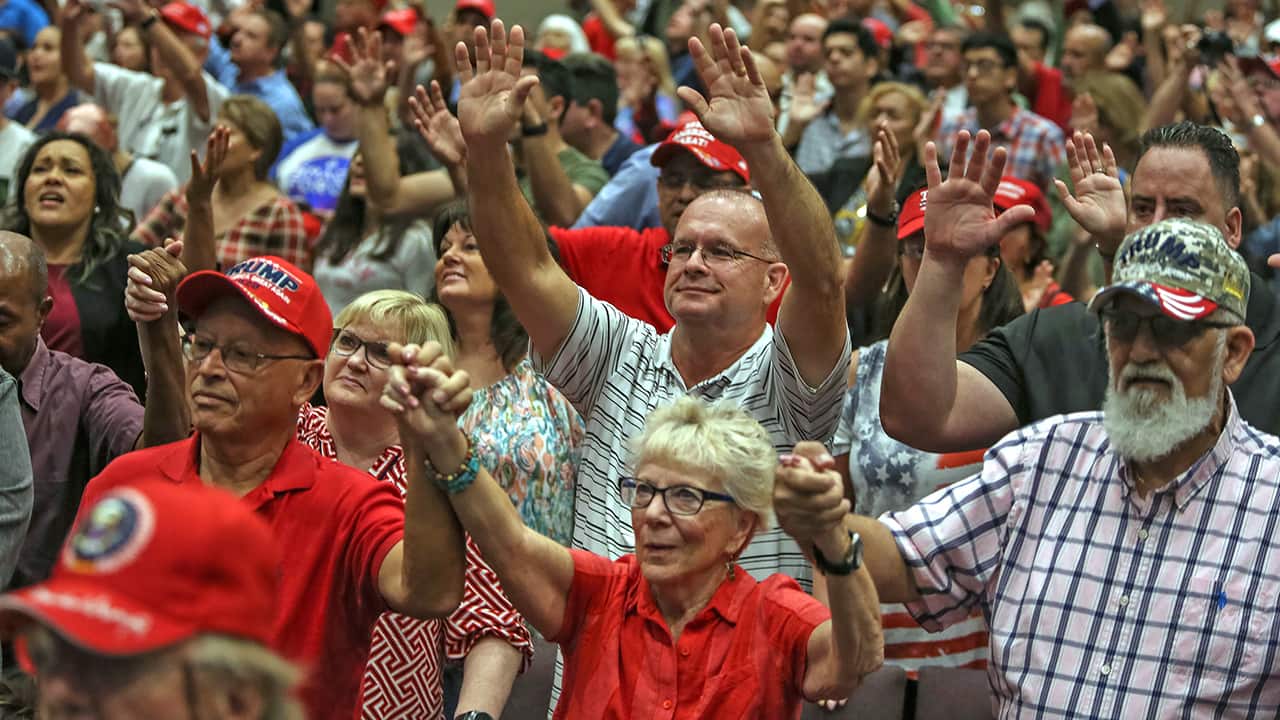 There’s recently been a wave of “religious freedom” bills put forth aimed at destroying the separation of church and state. Those who support these bills, and similarly religious-based legislation such as gay marriage bans, like to use the Bible as their justification for these laws. You may also notice that many of these same people say that Islam is a violent religion, so it’s no wonder that you might not hear them cite the following verses from the Bible.

“And [the prophet] went up from thence unto Bethel: and as he was going up by the way, there came forth little children out of the city, and mocked him, and said unto him, ‘Go up, thou bald head; go up, thou bald head.’ And he turned back, and looked on them, and cursed them in the name of the Lord. And there came forth two she bears out of the wood, and tare forty and two children of them.”

The takeaway? If you mock a priest or prophet for not having hair, God will send bears to attack you. Even if you’re a child. Even if you’re 42 children. So, yeah… might want to avoid that.

“If, however, the charge is true and no proof of the girl’s virginity can be found, she shall be brought to the door of her father’s house and there the men of her town shall stone her to death. She has done a disgraceful thing in Israel by being promiscuous while still in her father’s house. You must purge the evil from among you.”

This states that, if a woman isn’t a virgin when she gets married, the men of her town should stone her to death. And since teenage birth rates are higher in states that are more deeply religious, it makes sense that they wouldn’t want to bring this one up.

Maybe we should bring it up? It would definitely knock down the conservative population a bit.

“Now go and smite Amalek, and utterly destroy all that they have, and spare them not; but slay both man and woman, infant and suckling, ox and sheep, camel and ass.”

In case you didn’t know, Amalek was a nation. And in case you didn’t catch it, this is the Bible promoting the extermination of every living thing in that nation. You know… sort of like genocide. Actually, it bears a strong resemblance to genocide.

But don’t get too mad at the author of this biblical text. There is literally no shortage of genocide-supporting Bible verses.

“Happy is the one who seizes your infants and dashes them against the rocks.”

This one is short and sweet. It speaks of taking revenge by bashing the babies of your enemies against the rocks. Pretty hardcore.

“If your very own brother, or your son or daughter, or the wife you love, or your closest friend secretly entices you, saying, ‘Let us go and worship other gods’ (gods that neither you nor your ancestors have known, gods of the peoples around you, whether near or far, from one end of the land to the other), do not yield to them or listen to them. Show them no pity. Do not spare them or shield them. You must certainly put them to death. Your hand must be the first in putting them to death, and then the hands of all the people.”

If someone believes a different god than you, have them killed. And if it’s a loved one, you must start the killing yourself. Kill all nonbelievers. Funny… I was almost sure that conservative Christians said this was an Islamic teaching. Go figure.

“And all that have not fins and scales in the seas, and in the rivers, of all that move in the waters, and of any living thing which is in the waters, they shall be an abomination unto you.”

Okay, this one isn’t so bad. It just says not to eat shrimp, lobster or any other aquatic creature that lacks fins or scales. So why did we bring it up? Quite simple: It’s listed as an abomination. Funnily enough, homosexuality is also listed as an abomination. This means that any conservative Christian who eats shrimp is engaged in the same level of sin as someone committing homosexual acts.

So why aren’t there state bans on eating shrimp? Why isn’t the issue of whether or not shrimp can legally be served before the Supreme Court?

“But I suffer not a woman to teach, nor to usurp authority over the man, but to be in silence.”

So to start, women are not allowed to be teachers. Of course, this could be a problem since over 75 percent of teachers in America are women. Strange… no protests over that. My favorite part, though, is the end where women can’t have authority over men and must remain silent. I’d love to see conservative Christian women abide by this one, if only for the fact that we’d never have to hear Sarah Palin or Michele Bachmann speak again.

“If a damsel that is a virgin be betrothed unto an husband, and a man find her in the city, and lie with her, then ye shall bring them both out unto the gate of that city, and ye shall stone them with stones that they die; the damsel, because she cried not, being in the city; and the man, because he hath humbled his neighbour’s wife: so thou shalt put away evil from among you.”

Let me break this down for you, because there’s a lot. For one, the verse says that if a man rapes an engaged virgin, he shall be put to death. Honestly, though, there are likely many people who would get behind that part. Unfortunately, it also says to put the rape victim to death if she didn’t scream for help.

It pretty much takes victim blaming to a whole new level… which explains a lot about Republican politicians.

“If a man happens to meet a virgin who is not pledged to be married and rapes her and they are discovered, he shall pay her father fifty shekels of silver. He must marry the young woman, for he has violated her. He can never divorce her as long as he lives.”

Figured we might as well stay on the issue of rape since we’re there already. In this awesome biblical verse, it seems the punishment for raping an unwed virgin is to pay her father money.

And then marry her.

Forever. So the rape victim better get with the program. She’s going to be stuck in it for a while.

“And again I say unto you, It is easier for a camel to go through the eye of a needle, than for a rich man to enter into the kingdom of God.”

This one is pretty self-explanatory. I have a better shot of shoving a camel through the eye of a needle than Mitt Romney has of getting into heaven. Or Ted Cruz. Or Rick Perry. Or Jeb Bush.

Meaning that, regardless of who conservative Christians vote for in 2016, it’s unlikely that the individual has much of a shot of ending up in the Kingdom of God.

All of this brings up quite an important question: Why aren’t conservative Christians trying to make everything in the Bible the law? Why is it they only want the parts of the Bible that support their preexisting bigotry and ignorance codified into law?