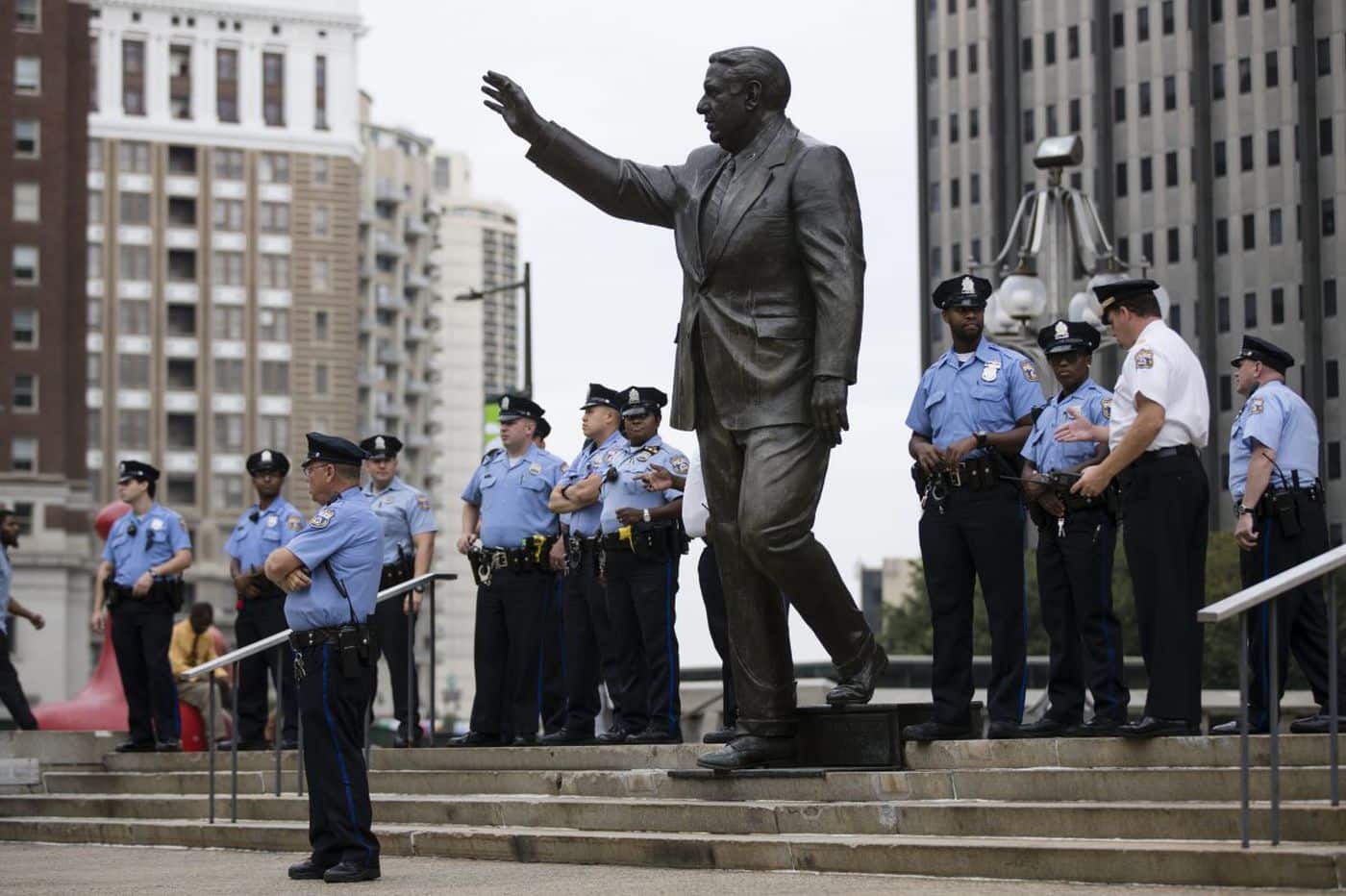 Black Lives Matter social media activist and commentator Sandra Bland was arrested in Waller County, Texas on July 10th, for failure to signal a lane change, days after starting a new job in Texas. Three days later, she was found hanging in her jail cell. How a civil rights activist went from detained for the most minor infraction to dead in custody within days has raised a number of questions. Waller County released a dash cam video of her arrest on Tuesday.

The video came under immediate, widespread criticism, because one of two things is happening in it. Either, Waller County Texas has been swallowed by a black hole where cars and people vanish from thin air and reappear later, over and over, while sound continues uninterrupted, or, the video is blatantly heavily altered. As of Wednesday afternoon, the original video had been removed from YouTube. There is an exact copy embedded at the bottom of this article.

The video begins with Trooper Brian Encinia issuing a verbal warning to a female who identifies herself as a college sophomore. The exchange makes clear that Encinia pulled her over for speeding, and she doesn’t have her insurance. Encinia laughingly lets her go, tells her to obey posted speed laws and tells her to have her father email her car insurance form.

Seconds later, Encinia pulls a U-turn to follow Bland. His cruiser comes up behind Bland. Bland’s car shifts lanes without signalling, and Encinia pulls her over.

Encinia approaches the vehicle on the passenger side, informs Bland he pulled her over for failure to signal. Encinia asks Bland “What’s wrong?” and Bland replies in a flat tone, “No problem.”

Encinia asks her “How long you been in Texas?” Her response is barely audible, but she indicates that she has only recently arrived. Encinia asks Bland for her license for a second time after an apparent moment of confusion. He then asks her, “Where are you headed to now?” She answers flatly, “Walmart.”

Encinia runs Bland’s information for several minutes. He returns to her driver’s side window, and says, “Okay, Ma’am.” He seems to be about to hand her the clipboard to sign through her window, but pauses and says, “You okay?”

Bland responds, “I’m waiting on you. This is your job.”

Bland replies with controlled exasperation, “Well I am, I really am. [inaudible] what I’m getting this ticket for. I was getting out of your way, you were speeding up, tailing me, so I move over, and you stop me. So yeah, I am a little irritated, but that doesn’t stop you from giving me a ticket, so…”

Encinia asks, “Are you done?”

Bland says flatly, “You asked me what was wrong, and I told you.”

Encinia then asks her to put out her cigarette.

Bland hesitates then says, “I’m in my car, why do I have to put out my cigarette?”

Encinia replies, “Well, you can step on out, now.”

Encinia begins raising his voice, ordering, “Step out of the car.” He then opens the driver door and threatens to yank her out of the car. They then argue for a moment about whether he has the right to pull her out of her car. Encinia reaches into the car and grabs Bland.

Bland says “Don’t touch me!” They continue arguing. Encinia calls for back up.

Encinia whips out what appears to be a stun gun, points it in her face and shouts, “Get out of the car! I will light you up! Get out!”

Bland exits the car saying, “Wow, all this for a failure to signal.” She is holding her cell phone and they argue for a moment about whether she has the right to record with her phone.

Encinia uses the stun gun to guide Bland onto the sidewalk, out of view of the dash camera in his car. They continue arguing, both getting highly emotional. They argue about whether Bland is moving and whether she is resisting. She says, “Oh, I can’t wait till we go to court.”

They return into view for a moment. Encinia pulls her back out of view, and says he is going to remove her glasses.

Bland whimpers that Encinia is “about to break my wrist!” while Encinia shouts, “Stop moving!”

A female police officer is heard saying, “I got her.”

Bland says to Encinia, “You slammed my head into the ground. I got epilepsy, you motherfucker.”

Encinia and two officers walk into view of the dash cam, and Encinia asks the female officer, “Did you see her right here?” The female officer says, “Yeah,” and then mimics a kicking motion.

A male officer discusses Encinia’s cuts and scratches out of view of the camera.

A tow truck arrives. Encinia enters his car and then talks, apparently on the phone, to a superior, about how he tried to deescalate the situation. “I tried to put the tazer away. I tried talking to her calming her down. That was not working.” He says that he tried to get her out of the car to sign the paperwork.

Starting around the 25 minute mark, sections of the video start looping and repeating for about ten minutes. The video cuts weirdly, causing the tow truck driver to appear suddenly, and causing cars to vanish and reappear later. Meanwhile, the audio continues apparently uninterrupted. Encinia continues explaining his point of view of everything, in which he heroically attempted to deescalate a situation with a hysterical, irrational, dangerous woman, to no avail.

I will leave it to others more qualified than I to determine what was legal, what was questionable, and what was illegal in the actions of Encinia and Bland. However, I will observe, as others have, that the biggest ‘crime’ Sandra Bland committed was not kissing Trooper Brian Encinia’s ass. More than once, Encinia indicated that he did not like Bland being unhappy about being pulled over. He asked her to explain what was wrong. Her explanation, though exasperated, was reasonable. He immediately told her to put out her cigarette. That may be a legal order, but it was clearly a power play in reaction to a degree of honesty that Encinia didn’t want to hear.

While it may not be wise to be brutally honest with a cop, it is legal, and it is a right. Sandra Bland lost her liberty, and ultimately her life, not because she failed to signal a lane change, but because she failed to grovel to the authority of a police officer who was on a power trip and felt insecure about the blunt honesty of a black woman. The video makes that very obvious.

The blatant problems with the video, in which Encinia aggressively misrepresents the sequence of events, while cars disappear and reappear, raises questions. Was the video intentionally doctored? Was Encinia’s voice over added later? What was actually happening while the video loops? If the video suffered from “glitches,” as authorities now insist, why are they using such awful video recording, and why did they not notice such an apparent problem?

These questions, combined with the puzzling nature of her death three days later, raise even more disturbing questions. How can we believe what Waller County authorities tell us happened in the jail if the dash cam is so heavily altered? Did Bland’s prior activities of publicly criticizing police brutality cause her death in any way? Did Waller County’s long history of racism play any role in Bland’s death? Is there a murderer incarcerated, or even working, at the jail where Bland died? Are the authorities in Waller County hiding anything?

Ultimately, the underlying question is: Are you fucking kidding me? The life of a young woman with a promising future was snuffed out by and within the Justice System because she didn’t bow and scrape while detained for the most minor infraction. This is unacceptable.

Texas Citizens Will Use Pig Blood To Stop Muslim Cemetery