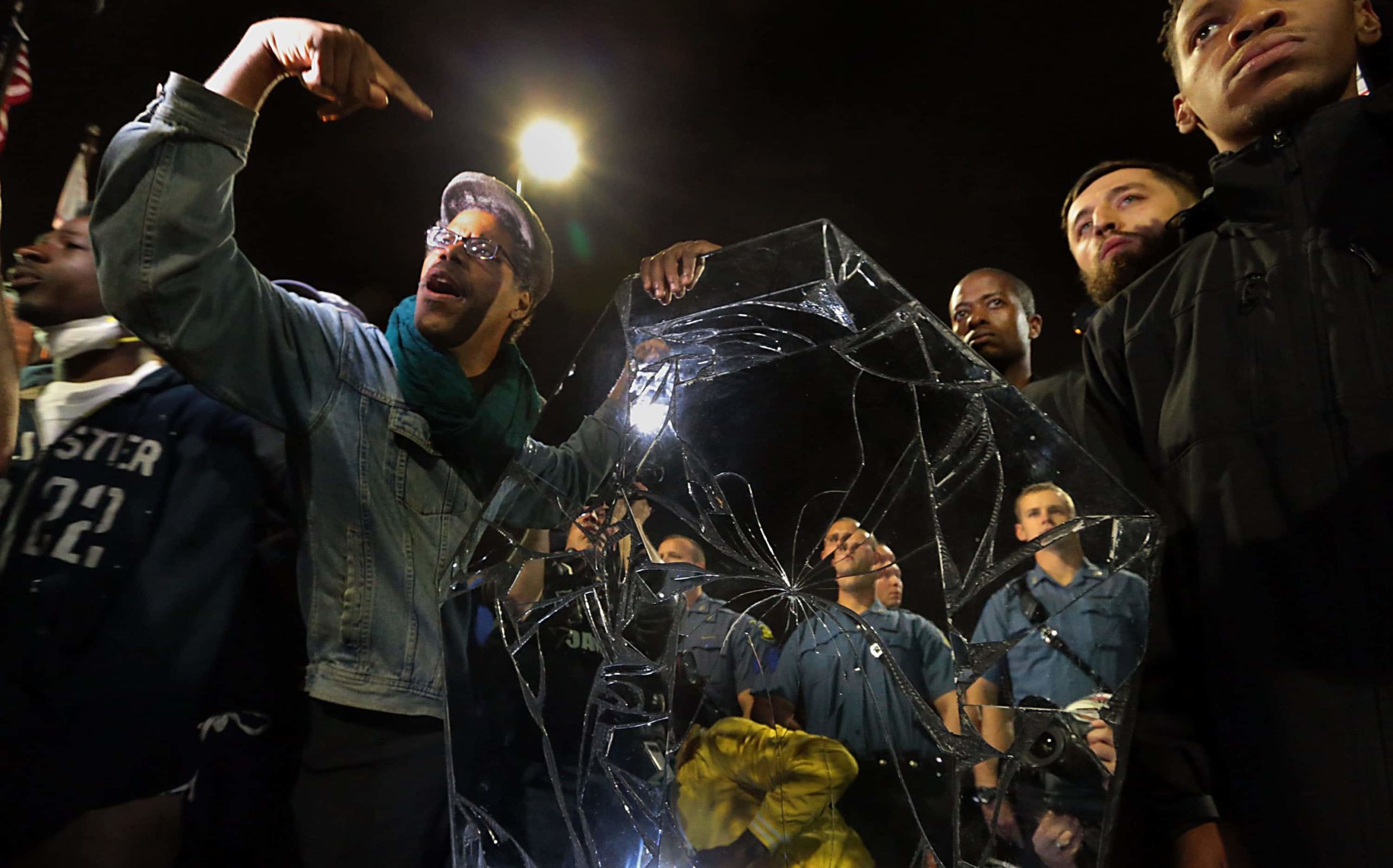 On Wednesday, the Department of Justice released a shocking, 102-page report on the blatant racism that infuses the police department and the city courts in Ferguson, Missouri. DOJ officials met with Ferguson city officials in downtown St. Louis to lay out the findings as well as changes they will have to make in order to avoid a federal lawsuit.

The report describes a police department that routinely violates the civil rights of Ferguson’s black residents in order to use the resulting fines as a cash machine for the city. One of the most frequent and outrageous citations after stops on the street is for ‘manner of walking’. People are detained ‘without reasonable suspicion’, arrested ‘without probable cause’, and subjected to the ‘unreasonable use of force’. The report says:

“Officers expect and demand compliance even when they lack legal authority. They are inclined to interpret the exercise of free-speech rights as unlawful disobedience, innocent movements as physical threats, indications of mental or physical illness as belligerence. Police supervisors and leadership do too little to ensure that officers act in accordance with law and policy, and rarely respond meaningfully to civilian complaints of officer misconduct.”

One example in the report tells of a black man sitting in his parked car, cooling off after a basketball game. A police officer approached and asked for his ID, accused him of being a pedophile because he was next to a park, and ordered him out of his car for a pat-down. When the man refused, citing his constitutional rights, the officer allegedly pointed his gun at the man’s head and arrested him. He then charged him with eight violations, including that he wasn’t wearing a seat belt, even though his car was parked. He was also cited both because his driver’s license was expired and because he had no license in his possession.

Although black residents make up 67% of Ferguson’s population, they are the victims of 93% of the arrests, 88% of ‘use of force’ cases, 85% of vehicle stops, and 95% of those who spend more than two days in jail. In releasing the report, Attorney General Eric Holder said:

“Seen in this context — amid a highly toxic environment, defined by mistrust and resentment, stoked by years of bad feelings, and spurred by illegal and misguided practices — it is not difficult to imagine how a single tragic incident set off the city of Ferguson like a powder keg.”

The courts are complicit in this scheme to raise money for the city. The town’s courts are not independent. As summarized by the New York Times:

“Court employees answer to the police chief. The prosecutor is also the city’s lawyer. Judges are installed by the City Council and must be reappointed every two years.”

The pressure from city officials for the police to increase revenue was relentless, with an insistence on ratcheting up the percentage of the city budget that came from payment of fines. The amount doubled in four years, with the city monitoring police ‘productivity’.

An example of how this works was a black woman who parked her car illegally — just one time — in 2007. She was given two citations and fined $151 plus fees. Unable to pay, she attempted twice to make partial payments, which were rejected by the court. Over the next seven years, she was arrested twice, spent 6 days in jail, paid $550, and still owes $541 — all stemming from that one incident.

Underlying the system is an overtly racist attitude, as shown by emails that city officials circulated among themselves. One depicted President Obama as a chimpanzee, another joked that a black woman’s abortion was a ‘crime prevention’ measure, a third included a picture of topless African women dancing and was labeled “Michelle Obama’s High School Reunion.” Investigators also found numerous reports of police using racial epithets in dealing with the public.

The evidence of a system that’s way out of control is overwhelming. DOJ is demanding over two dozen reforms — thirteen for the police department and thirteen for the court system — that amount to an almost complete overhaul of both. The demands come from a finding that law enforcement in Ferguson has completely lost legitimacy in the eyes of the public. This devastating and scathing report gives the suspicion and distrust of the community complete validity.

Ferguson officials say they will cooperate with the changes that the DOJ has specified. It’s an enormous task, however, and involves changing the culture of officialdom that has ruled the town for too long. The stakes are high. If they don’t find the path to transformation, a federal lawsuit looms — and the city will no longer be able to pay for it on the backs of its citizens.