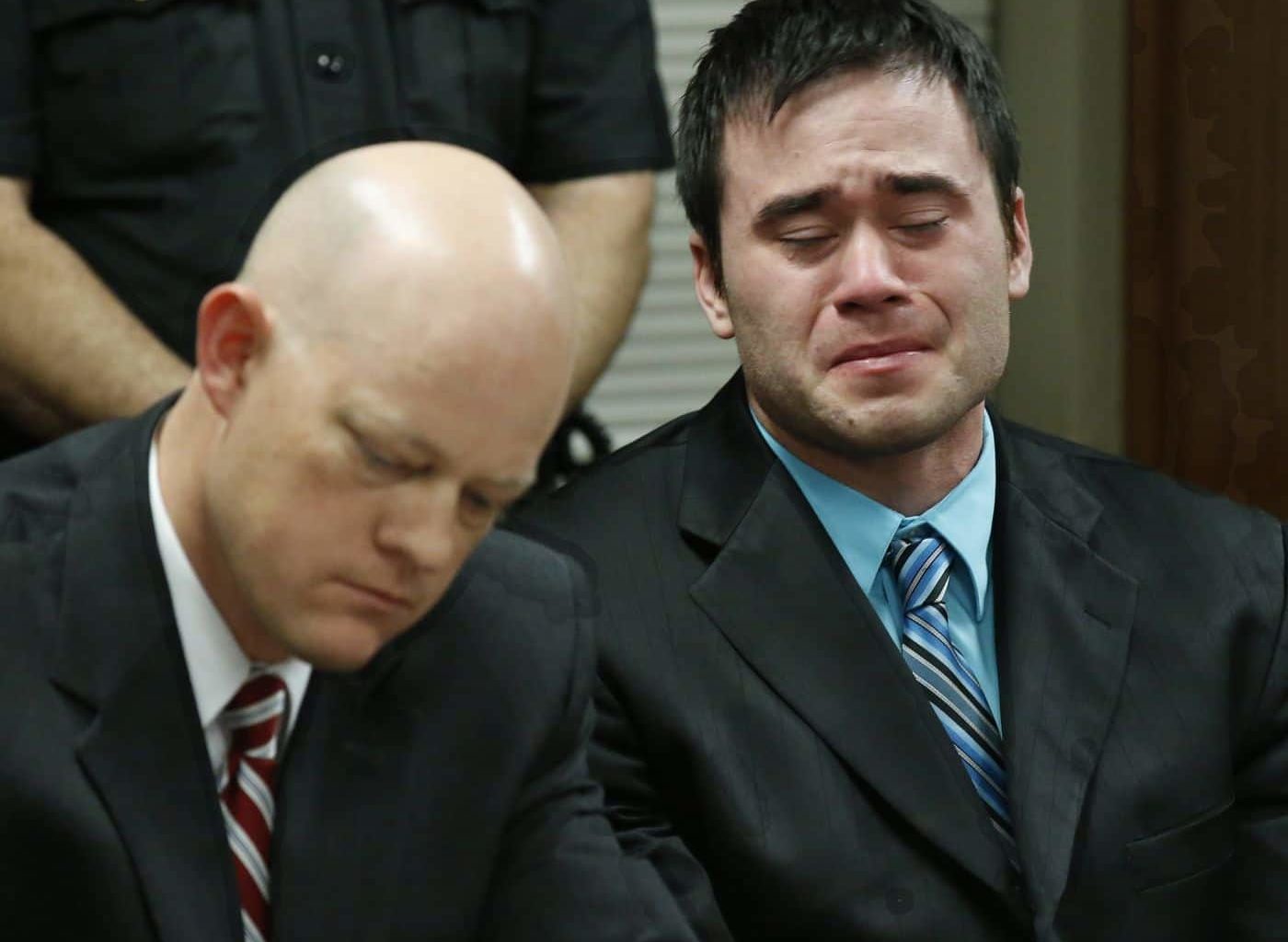 Daniel Holtzclaw Sobbed In Court On Friday, But Not Because He Was Remorseful

Ex-cop Daniel Holtzclaw fits the profile of your typical serial rapist; he’s a man who desired power over his victims and exploited that power with gusto. To such a man, working as a police officer in Oklahoma City, Okla. presented the perfect cover for his predatory behavior.

If that wasn’t enough, Holtzclaw was particular about the women he chose to sexually victimize over a period of roughly two years. Daniel purposely chose to rape black women, specifically black women who suffered from drug addiction or had a criminal record related to prostitution. This monster assumed that his selection would (1) guarantee that his victims wouldn’t be believed and that (2) they would be too afraid of ridicule and further victimization to tell anyone what he had done.

Like most sociopathic men with delusions of grandeur, Daniel Holtzclaw smugly assumed he’d chosen to victimize “wisely.” This man never dreamed that he’d actually taken a gamble on the silence of all 13 of his victims — or that it was a bet he was destined to lose.

In retrospect, it’s absolutely perfect that the 29-year-old serial rapist was convicted by an all-white jury. Previously, there was fear that the racial make-up of the jury would assure that Daniel got off. It’s very likely that Holtzclaw himself felt completely assured that because he was a former police officer (his department fired him in January) and his victims were poor black women, this jury would NEVER convict him.

The New York Daily News noted that his defense used the criminal backgrounds of his 13 victims, who ranged in age from 17 to 58, in an effort to cast doubt on their testimonies. It was a particularly cringe-worthy act, as it was the backgrounds of these women that made them desirable victims for a man like Daniel in the first place.

However, these women did not bend; all of them shared heart-breaking accounts of being violated by Daniel Holtzclaw that were remarkably similar. Not only that but DNA evidence found on the inside of Holtzclaw’s police uniform was later linked to his rape of the 17-year-old victim.

After a four-day deliberation, the jury found Daniel Holtzclaw guilty of 18 out of the 36 charges against him. This includes four counts of first-degree felony rape and two counts of forcible oral sodomy.

The Face Of An Entitled Prick Asking, ‘How Could You Do This To Me?’

The reaction by Holtzclaw is absolutely disgusting. No, not because he cried, but because of the strong implication as to why he cried. Jezebel nailed it when they scrutinized his reaction to the jury’s decision.

Witness him silently ask the jury how they could do this—or, by another reading, say despite everything that “he didn’t do this”—and it’s impossible not to be reminded of the fact that, if just a few things were different, Holtzclaw’s blind, childish, sociopathic trust in the system might have been exactly right.

Sobbing Daniel Holtzclaw appears to mouth “how could you do this” at all-white jury.

This is not a man who had any genuine remorse about his actions. This is not a man who cared about the damage he inflicted not only on his victims, but on the fragile relationship between police and members of the African-American community. Daniel Holtzclaw cried, I firmly believe, because he was stunned that a white jury would ever convict him for raping poor black women with “deviant” backgrounds.

This is a man who sobbed because he felt betrayed by the court system. Holtzclaw counted on it to allow him to get away with gleefully abusing his authority and the trust members of the Oklahoma City community had placed in him. Daniel cried because justice prevailed, and he would have to reap the evil he’d knowingly sown.

Daniel came pretty damn close to outright asking how the all-white jury could choose a bunch of “lowly black bitches” over him? You can practically taste the devastation that this jury didn’t follow the “racial profiling, slut-shaming, criminal stereotyping” game plan.

Will Daniel Holtzclaw ever express genuine sorrow for his crimes?

I don’t know, and I remain skeptical. He might mimic an empathetic human being at sentencing — if only to avoid a 263-year prison term.

However, predators aren’t known to genuinelycare about their victims or the damage their acts cause. Even if Holtzclaw turns on the waterworks at sentencing, I hope that the judge will look to the calculating manner in which his crimes were committed and see right through him — just like the jury that convicted him did.

Tears or not, what matters is that Daniel Holtzclaw was convicted and that he will never again be free to target or victimize anyone.

More Police Shooting Deaths In US In One Month Than In UK In 95 Years!