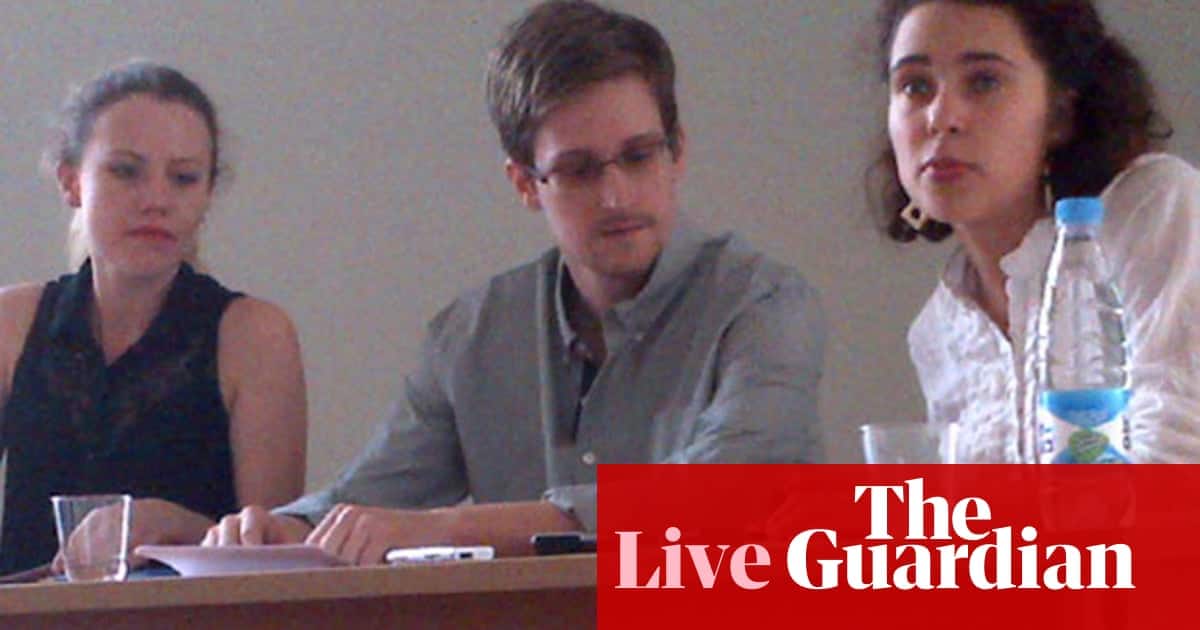 During an interview on the podcast “The Axe Files”, former U.S. Attorney General Eric Holder stated his belief that NSA whistleblower Edward Snowden performed a “public service” by leaking documents to the press in 2013. Holder was the AG when the leaks happened and does maintain his belief that Snowden should still be prosecuted for his actions, a somewhat bizarre stance considering the “public service” belief. The belief is even more bizarre when we look at his reasons more closely.

I think that he actually performed a public service by raising the debate that we engaged in and by the changes that we made.

This isn’t particularly shocking coming from Holder. He stated last year Snowden’s “actions spurred a necessary debate” about national security and it’s no surprise he has further softened on the former NSA contractor.

I know there are ways in which certain of our agents were put at risk, relationships with other countries were harmed, our ability to keep the American people safe was compromised. There were all kinds of re-dos that had to be put in place as a result of what he did, and while those things were being done we were blind in certain really critical areas. So what he did was not without consequence.

While we have proof Snowden went through the proper channels, we have no proof actual harm was done to national security interests, as Holder and others continue to claim without evidence. The government provided “proof” last year in a report that was completely redacted and ultimately proved zilch.

And this also ignores the FACT this mass surveillance program has been 100 percent effective at being essentially 100 percent ineffective. Part of Holder’s admission that Snowden provided a public service is he told us about a dangerous program that wasn’t accomplishing squat in catching terrorists. Snowden’s leaks didn’t just alert the American people to a privacy violation, but to a wasteful, ineffective and unnecessary action by the government.

Holder also conveniently ignored Snowden’s longstanding position he will return to the U.S. and face charges if he is given a fair and open trial. Snowden has been very clear about this for a long time now, stating:

”Returning to the US, I think, is the best resolution for the government, the public, and myself, but it’s unfortunately not possible in the face of current whistleblower protection laws, which through a failure in law did not cover national security contractors like myself,” Snowden said.

“The hundred-year old law under which I’ve been charged, which was never intended to be used against people working in the public interest, and forbids a public interest defense. This is especially frustrating, because it means there’s no chance to have a fair trial, and no way I can come home and make my case to a jury,” he added.

One would think since Holder acknowledges Snowden’s actions as a “public service”, he would have been willing as AG to give Snowden a fair trial. Clearly, he didn’t want to at the time.

There is little doubt many people in the U.S. government still want to bring NSA whistleblower Edward Snowden back to the states and get him behind bars and silenced as much as possible. But we have to continue questioning whether they want the open and fair trial or not. Do they want the closed trial because of “real” potential harm to national security or because they want to avoid further embarrassment over the situation? Since the leaks have proven nothing but embarrassment to this point, we have to lean toward the latter answer to that question.

And let’s not forget the very problematic tenure of Attorney General Eric Holder when it came to other leakers and press freedom. But that hypocrisy is another story…