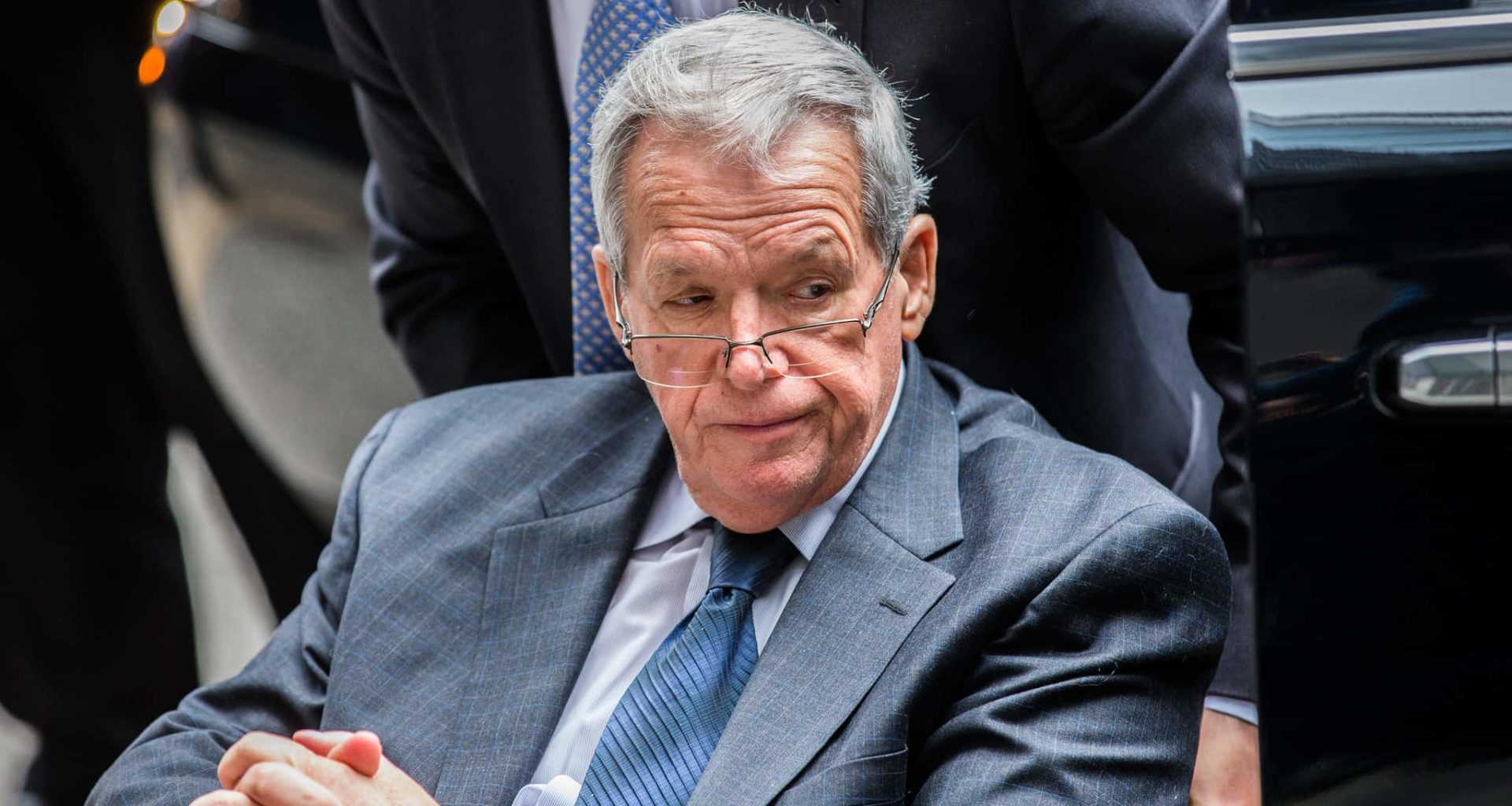 Dennis Hastert, the former Republican Speaker of the House who plead guilty last October to charges that he illegally paid “hush money” to a former student to remain silent about sexual abuse has asked a federal court for a sentence not often granted to child sex abusers: Probation. While Hastert has only agreed to a guilty plea on a charge of evading bank rules on currency transactions, he has apologized for his “misconduct” with at least four children who have made “credible” allegations of sexual abuse against the Illinois Republican. According to the sentencing memorandum filed on his behalf:

Mr. Hastert recognizes that his misconduct is the cause of this public disapproval and close scrutiny, and does not seek to shift responsibility. But as his counsel, we respectfully request that the Court consider the humiliation and isolation that Mr. Hastert and his family have already suffered when determining his sentence

Furthermore, his attorneys argue that his deteriorating health should factor into judicial leniency, even though the timing of the disgraced Speaker’s symptoms were curiously fortuitous…

While Mr. Hastert has suffered from Type 2 diabetes since 1988, he did not show signs of significant illness, with regard to the diabetes or otherwise, in the weeks leading up to his guilty plea. Shortly after pleading guilty on October 28, 2015, however, his health declined dramatically.

At the hospital, Mr. Hastert was weak, had difficulty moving his legs, and showed significant signs of infection. Mr. Hastert’s internist later reported that Mr. Hastert suffered from a severe form of sepsis, a rare blood stream infection affecting approximately four in 100,000 per year. According to the internist, Mr. Hastert nearly died during his first week in the hospital.

The nine-page apology/pity party concludes with a suggestion that the man once third in line to the Presidency receive special treatment for violating federal finance law to cover up his history of child molestation:

Mr. Hastert feels deep regret and remorse for his actions decades ago and is prepared to accept the consequences. He understands, accepts, and admits that he violated the law. As Mr. Hastert’s counsel, we respectfully request that the Court in imposing a sentence consider the totality of the circumstances that surround this violation, his regret and acceptance of responsibility, the cost that has already been exacted over the past year, as well as Mr. Hastert’s fragile medical condition. For all these reasons, the defense respectfully requests that the Court impose a sentence of probation.

When Hastert entered his guilty plea last October, some lawyers and legal experts felt it the sentencing possibility of up to six month was unusually lenient. University of Richmond law profeesor Carl Tobias said at the time:

“It seems like a sweet deal. It’s just hard to understand.”

While technically and legally speaking, the charges that Hastert plead guilty to do allow for probation, and the terms of the plea agreement state that zero to six months in federal prison is agreeable to the defense and prosecution.  US District Court Judge Thomas Durkin does, however, have the right to sentence Hastert to a more severe sentence, as Politico points out:

Lawyers said that while the plea deal bars the government from urging Durkin to find a higher guidelines range, if he does so on his own, prosecutors may ask him to impose a sentence in that more severe range. The U.S. Attorney’s Office has said the maximum punishment Hastert can face on the charge he pled guilty to is five years in prison and a fine of up to $250,000. However, one former prosecutor said the amount of money involved actually pushes the potential sentence up to ten years in prison.

We often hear of “mitigating circumstances” in the criminal justice system. Should the fact that the “banking regulations” Dennis Hastert violated were in direct connection to an ongoing cycle of sexually abusing children not be the ultimate example of a mitigating circumstances? When federal sentencing guidelines state that simple possession of marijuana can carry up to a year in prison, what kind of an example is our government setting by allowing a child molester to possibly serve “probation”?

In fact, the Department of Justice should have to explain why it’s even allowing Hastert to plead to such a petty offense, all things considered. Federal law hasno statute of limitations on the sexual abuse of a minor. If Hastert violated federal law to cover up these heinous acts, why is the abuse not the focal point of the prosecutorial argument? Do they think The People would prefer their resources used to crack down on bank withdrawals at the expense of a child predator? Per this plea, Hastert would not even have to register as a sex offender.

Protecting children from monsters like Dennis Hastert should be any civilized society’s ultimate responsibility. Dennis Hastert said so himself in 2006 when he initiated a congressional effort to crack down on sex crimes against our youth:

“At home, we put the security of our children first, and Republicans are doing just that in our nation’s House. We’ve all seen the disturbing headlines about sex offenders and crimes against children. These crimes cannot persist. Protecting our children from Internet predators and child exploitation enterprises are just as high a priority as securing our border from terrorists.”

Both parties agree that there is a need for sentencing reform in the federal government. Too many lives and communities have been lost to mandatory minimums, often for victimless crimes. But Dennis Hastert isn’t the poster boy for leniancy.

Dennis Hastert is a child molester.