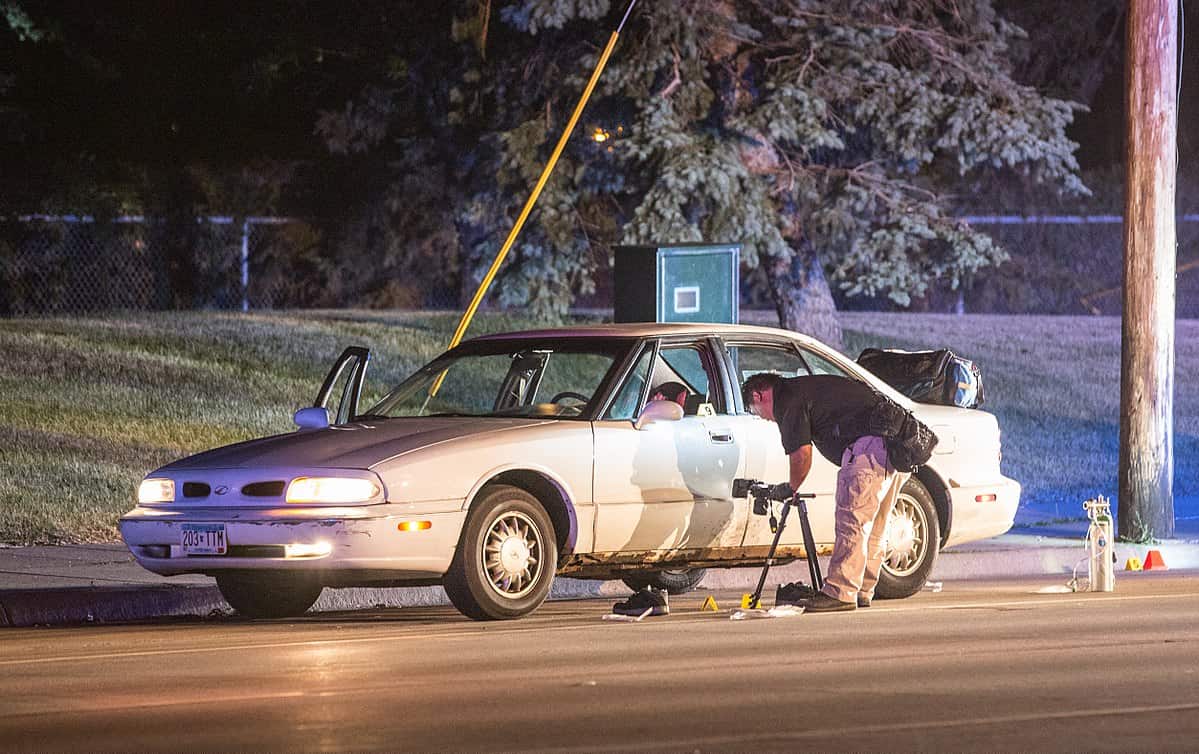 The Associated Press is reporting that St. Anthony, St. Paul, Minnesota Police Officer Jeronimo Yanez’s lawyer told the source that when the officer opened fire on Philando Castile, he was reacting to “the presence of that gun and the display of that gun.” Philando Castile is one of the many black men murdered by an officer in recent years. This time, as the victime was sitting in the passenger seat of a vehicle, right next to his girlfriend who caught the shooting on her smart phone and live streamed it on Facebook.

Whether this officer understood it at the time or not, by taking the drastic action of shooting Mr. Castile several times he made the choice to make himself, and his department, a target of controversy. Whether he, or any of the police who’ve killed black citizens in droves under dubious circumstances understood it at the time, they were not only opening themselves and their departments to controversy, but they were placing their brother and sister officers around the nation in danger, as well. Because what happened in Dallas on Thursday night was only one of many possible forms of backlash, one of the worst possible. But any logical mind must conclude a backlash was inevitable – and it could have happened anywhere.

Reports about police officers shooting unarmed blacks have been ongoing over the last several years, since the rise of mobile phone cameras. But it’s nothing new. Rodney King was an example. But it predates even that. But the omnipresence of mobile phone cameras and the internet have put the issue front and center. Something very well documented, and impossible to ignore. This has put the public on both sides of the debate: either aggressively defending those shootings, or the victim. The over-all effect has been the polarization of citizens about which side they support, resulting in an uprising of activism and protest for each side.

But now the recent shooting of several officers caused those who are in the middle-of-the-road, to debate the issue on different terms.

The latest reports, over the ambush murder of five Dallas police officers on Thursday during a Black Lives Matter protest, by a mentally unstable man with a gun who, a traitor who felt oppressed because of his race and turned his military training against the nation he swore to defend, has changed the debate. Many leaders seek to defend both the Black Lives Matter group — who have tirelessly protested police killings, and the Dallas Police Department as well. Ironically, the Dallas P.D. had already stepped up to reform their department, even before they were called upon by history to protect the protesters – which they did at the cost of 5 of their own lives, and 7 others wounded, and did admirably and with great courage.

But, in Minnesota, it’s a very different story. The statement by Thomas Kelly, the attorney Jeronimo Yanez, the suburban police officer who shot Philando Castile to death for having a busted tail-light, before the eyes of a 4 year old child to whom he was like a father, and a woman who loved him, and all the world via Facebook, is an attempt to make the issue less about race, and more about the gun that Castile was permitted to carry by law.

The presence of a gun. Is that enough reason for the police to shoot someone? Just knowing that they have a gun? Even if they’ve informed you they have it and a permit to carry it, just as they’re supposed to? Even if they’re clearly cooperating? Even if you’ve just asked them for their ID, and so ought to know very well that’s what they’re reaching for? Not if you look at how it usually turns out with white people in the “presence of a gun” compared to how it turns out for black people in the same situation. Not if you look at how that worked out for Philando Castile.

The gun issue has been resurrected by the shootings of the Dallas police officers as well. They work in a city in an open-carry state as well, ever since an open-carry law went into effect on the first of the year. And this debate escalated in the middle of the tragic events of Thursday, when the Dallas police department put out an image of a suspect, who ended up being an innocent protester who was merely exercising his right to open carry his weapon – but promptly turned it, and himself, in to authorities.  And then, of course, there’s the fact that this is yet another mass shooting where the targets are shocking, and the shooter is a mentally ill person with a military grade gun.

The main purpose of the Black Lives Matter movement is to protest police officers who kill unarmed black civilians without being charged, and has largely existed within the context of race or civil rights. But the Officer Jeronimo Yanez attorney, Thomas Kelly, has sought to excuse his client’s deadly actions and reduce it simply to an officer acting to defend himself. In so doing, he’s stepped into another hornet’s nest – the gun issue – which has been the center of debate owned by Democrats which Republicans have refused to acknowledge with every report of gun violence.

And now it comes to this crossroads. How do we deal with a situation in which some people may open carry until they’re in position to carry out an attack to kill innocent people, and in which other innocent people are attacked and killed for open carrying? That’s a difficult question, which we as a society need to finally step up, and answer.

But whatever the answer – blaming the victim isn’t it.