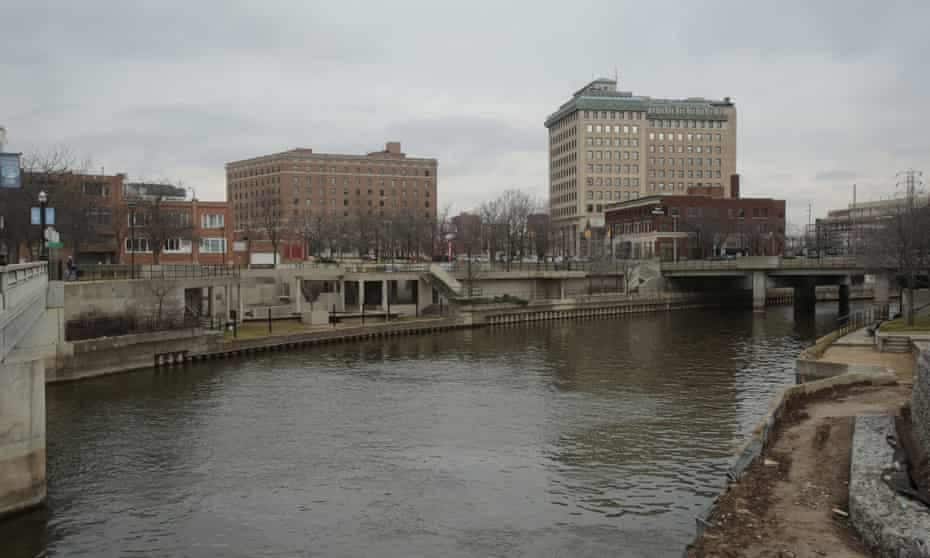 The blame for the poisoned water in Flint, Michigan belongs squarely with the governor’s office. As a result, residents are pushing a movement to #ArrestGovSnyder, which is trending on Twitter.

The governor’s allegedly criminal actions began after he placed Flint’s government in the hands of emergency managers. Those managers made the decision to change the city’s water source in April, 2014. Emails show that Snyder’s staffers at the highest level knew months ago that an issue of lead poisoning existed.

Michael Moore Laid Out The Alleged Crimes Behind The Poisoned Water

Filmmaker Michael Moore, activist and Flint native, summed up the governor’s responsibility in a succinct letter to Snyder:

Your staff and others knew that the water in the Flint River was poison — but you decided that taking over the city and “cutting costs” to “balance the budget” was more important than the people’s health (not to mention their democratic rights to elect their own leaders.) So you cut off the clean, fresh glacial lake water of Lake Huron that the citizens of Flint (including myself) had been drinking for decades and, instead, made them drink water from the industrial cesspool we call the Flint River — a body of “water” where toxins from a dozen General Motors and DuPont factories have been dumped for over a hundred years. And then you decided to put a chemical in this water to “clean” it — which only ended up stripping the lead off of Flint’s aging water pipes, placing that lead in the water and sending it straight into people’s taps.

In fact, in 2014 General Motors quietly asked for, and was quietly given, permission to leave the city’s newly-instituted water system. The reason was that the use of river water in manufacturing engine parts was corroding and rusting the new components. At the time, councilwoman Monica Galloway said:

… this is just another thing that says to me (that) we are like guinea pigs. It’s like a research project … that we would normally do on rats.

Much of the criticism of such ‘experimentation’ is grounded in the fact that Snyder’s takeover of local governments is focused on cities with a majority black population. According to The Root:

In the past decade, over half of AfricanAmericans in Michigan—compared with only 2 percent of whites—have lived under emergency management. EFMs are supposed to take over cities based on a neutral evaluation of financial circumstances—but majority-white municipalities with similar money problems have not been taken over.

Flint’s population is over 56% black in a state that is 14% black. Thanks to the loss of jobs associated with the automobile industry, the city is one of the poorest in the country. And now, its children are being systematically poisoned by the water they drink.

A study released last September showed that the percentage of children with dangerous levels of lead in their blood doubled after the city started using river water. According to testing of the water by Virginia Tech, the river water was 19 times more corrosive than water from Lake Huron. The study recommended ending the use of river water as quickly as possible.

The State Denied The Facts Behind The Poisoned Water Controversy

The state chose to deny the study’s findings on the poisoned water, as it had denied other evidence over the months since the change was made. An ongoing public outcry finally forced a return to use of the Detroit water system in October, but the damage had been done. The World Health Organization declared:

Young children are particularly vulnerable to the toxic effects of lead and can suffer profound and permanent adverse health effects, particularly affecting the development of the brain and nervous system.

In November, residents filed a class action lawsuit against Snyder, other state officials, and the city of Flint. In December, Flint’s newly elected mayor, Karen Weaver, declared a state of emergency and appealed for federal help. On January 5th, the U.S. Department of Justice confirmed that they and the Environmental Protection Agency are investigating the contamination that created Flint’s poisoned water.

The announcement of the investigation was followed by an apology from Snyder, the resignation of other state officials, and finally, finally, the governor’s declaration of a state of emergency in Flint. Still, Snyder waited four more days to announce that the state would work with local officials to provide bottled water, filters, and testing kits.

How is it remotely conceivable that a governor would declare a state of emergency then wait four days to provide any relief? Is it any wonder that Flint’s citizens wonder about his intentions toward them and whether racism is behind his policies?

A petition to #ArrestGovSnyder can be found by clicking this link. Hopefully, the people won’t drag their feet as long as Snyder did in pushing for justice to be done.