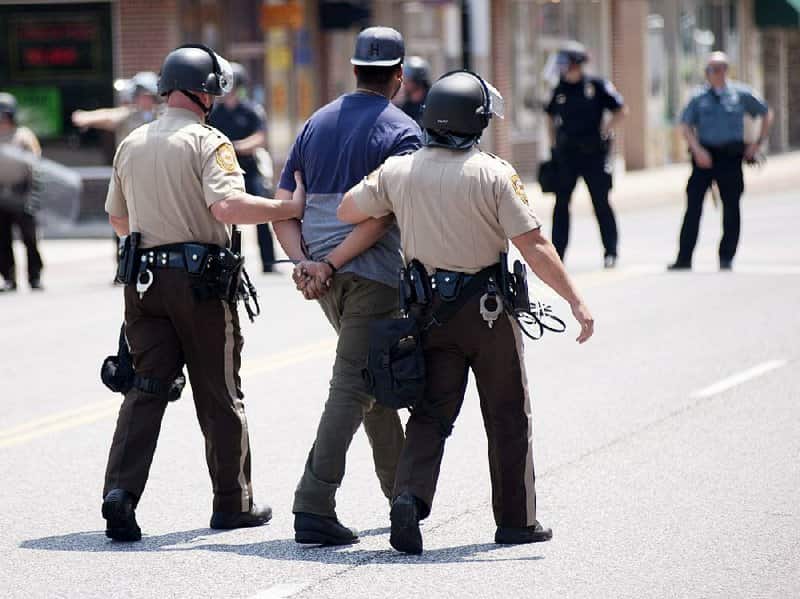 Police officers across America are in mortal danger, so says police departments across America. Cop-logic dictates that the solution to this fact is to take as many MRAP’s, LRAD’s and anti-terrorism tactics courses as the Federal government can hand out; to stock up on military-style riot gear, billions of rounds of ammunition and perfect the art of no-knock SWAT raiding. All of this is for the police’s protection, says cop-logic. Protection from us, they say. The problem, as is too often the case nowadays, is that the cops are not only dead wrong, their lies and paranoia are costing thousands of civilian lives.

A recent FBI report illuminates how troubling the epidemic of overly violent police officers has gotten. The report states that in 2013, 76 officers were killed in the line of duty. Maybe that sounds like a big number to you, maybe it doesn’t, but there’s some things to keep in mind: Of those 76 officers, 49 died as a result of on the job accidents (14 out of the 23 involved in car crashes weren’t wearing their seat belt). Only 27 were killed as a result of “felonious actions.” Two-Seven. Also, 80% of officers who claimed an injury from an “assault” were attacked with fists or feet – not guns, knives, bats, chainsaws, or anything else that can commonly be thought of as a lethal weapon. Yet a cop’s first instinct is to reach for a gun, regardless if their lives are truly in danger.

By the way, not only is America seeing a decades-long downturn in violent crime, but attacks on police are at a 50-year low. As a matter of fact, a police officer today has to fear less for than their own life than their counterparts did in the 1950’s! So why is it that police attacks on civilians are skyrocketing? And just how pervasive is the problem?

Well, now it gets tricky, because, you see, nobody keeps accurate numbers on how many civilians are killed by police. According to reports filed by police departments, the number is around 400 a year. Of course, to believe that, you’d have to trust the integrity of America’s law enforcement officials — never a good idea. An article by FiveThirtyEight tries to get to the bottom of the real number, citing the Facebook page Killed By Police. The tentative result is that approximately 1,000 people are killed by cops every year; that’s three lives lost a day.

Look, I admit these are raw numbers and can’t possibly tell the entire story behind what many people believe to be a horrid kind of war being waged on historically marginalized citizens. But they can’t be ignored, either. The days of law enforcement being given the unquestioned benefit of the doubt by the justice system has to end. The days of a cops’ life being worth more than mine or yours has to end. The day has to come when America starts living up to its motto as “land of the free,” where freedom doesn’t come from the smoking end of a police rifle.