More Police Shooting Deaths In US In One Month Than In UK In 95 Years! 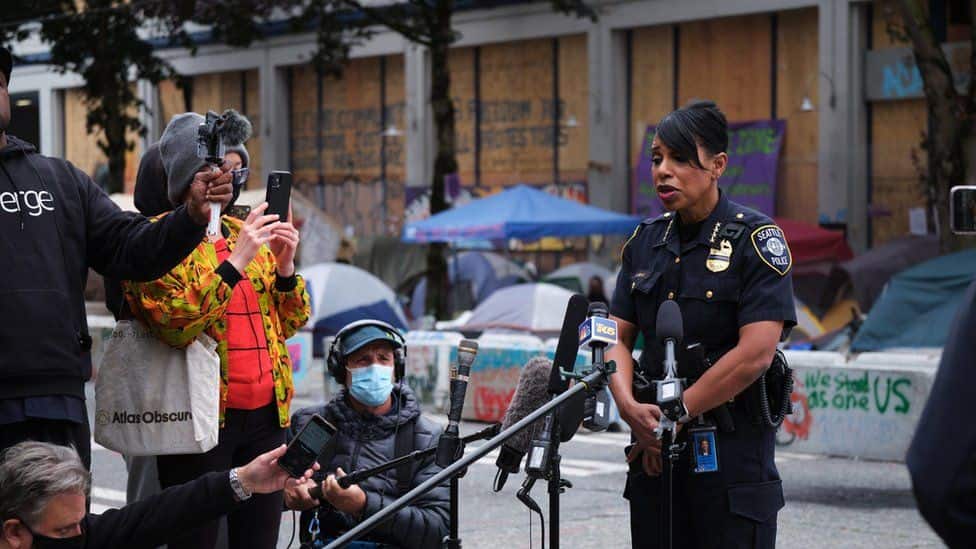 A man was shot dead in a police operation in North London this week. That is a rare occurrence in the U.K. This has put the US in the firing lines again with respect to gun deaths. This time the focus is on the police force. The Independent, a British newspaper, ran a piece yesterday highlighting the fact that US police shot 78 people dead in November of 2015.  This is more in one month than the 51 people British officers have shot dead since 1920.

There has been a good deal of focus recently on the fact that shooting deaths by US police outpaces other countries by a huge margin. Here are some comparisons:

Critics of these numbers say that it’s hard to analyze a situation that isn’t properly reported. The US government does not put together any data on police using deadly force in the United States. If you ask the folks that are trying to find solutions to the problem they agree that the data is wrong. They say the real numbers are much worse. Many of these people are former leaders in law enforcement. Jim Bueermann, a former police chief and current president of the nonprofit group Police Foundation says “these shootings are grossly underreported” and goes on to say that we will never improve the situation if we don’t start tracking these shootings accurately. There is also an argument to be made that the population of these countries is significantly less than the population in the United States.  The US has 5 times the number of people in the UK. The rate of police shooting deaths in the US is 333 times higher than the UK.

The debate in the US over police gun shootings is heated. Not only is there a focus on statistics; there is a growing concern about reactions and attitudes of some of the police officers when faced with a decision to use deadly force.

A National Debate IS Brewing About The Number Of Police Shooting Incidents In The US And What To Do About It.

In 2006 a suspect who shot a sheriff’s deputy was killed by the SWAT team. He had already shot someone so there should be no question about the need for deadly force. That should have been an open and shut case in the court of public opinion. Unfortunately, when asked why the SWAT team expelled 110 rounds shooting the suspect 68 times; Polk County Sheriff Grady Judd said:

“I suspect the only reason 110 rounds was all that was fired was that’s all the ammunition they had.”

That was certainly a deadly force necessary situation. And yet the court of public opinion in the US and internationally vilified Judd. The answer he gave was cavalier and reeked of “cowboy”; which we know makes us very unpopular in world opinion.

In 2012, a police officer in a suburb of Cleveland, Ohio fired 49 shots as part of a 137 round barrage into a car killing two unarmed suspects. He was brought up on charges and was eventually acquitted. The Ohio Attorney General stated that there was a systemic failure that lead to this situation.

Last year in Chicago, Illinois; police officer Jason Van Dyke shot a  black man named Laquan McDonald 16 times; McDonald was armed with a knife. The officer’s dash cam recorded the shooting and he was charged more than 400 days after the occurrence. There are accusations that the Chicago PD tried to cover-up the details of this shooting.

What Is Being Done About The Number Of Police Shooting Deaths In The Country?

The problem is real and is being looked at by folks from law enforcement to the Justice Department.  Ronald L. Davis, a former police chief who heads the Justice Department’s Office of Community Oriented Policing Services was direct about the issue. The focus comes after the fact and people want to focus on whether these deadly force situations are legal. Davis says it is necessary to:

“get beyond what is legal and start focusing on what is preventable.”

So, what is being done about this?

The idea of training a force of guardians versus a force of warriors is already in place in Seattle, Washington.  For three years now every police recruit in Washington state are undergoing training where the focus is to produce “guardians of democracy” who serve and protect rather than producing “warriors” who conquer and control. The training focuses on teaching police to deescalate situations and to treat officers to treat all people including suspects with dignity and respect. Critics of this training program have coined it “hug-a-thug” and worry that it is leaving recruits unprepared for the realities of the job.

I don’t envy the challenges that police officer’s face every day. They face dangerous situations and split-second decisions as a matter of course. And yet, the facts are simple and clear. We have a gun problem in the U.S. That problem is inclusive of private citizens and law enforcement and does not have an easy solution. Training is necessary. Identification of officers with the wrong attitude is necessary. Identification of officers with the right attitude and the ability to lead and train their peers is also necessary. And, communication to the public is necessary so that public support can return to the men and women who put their lives on the line for us daily.