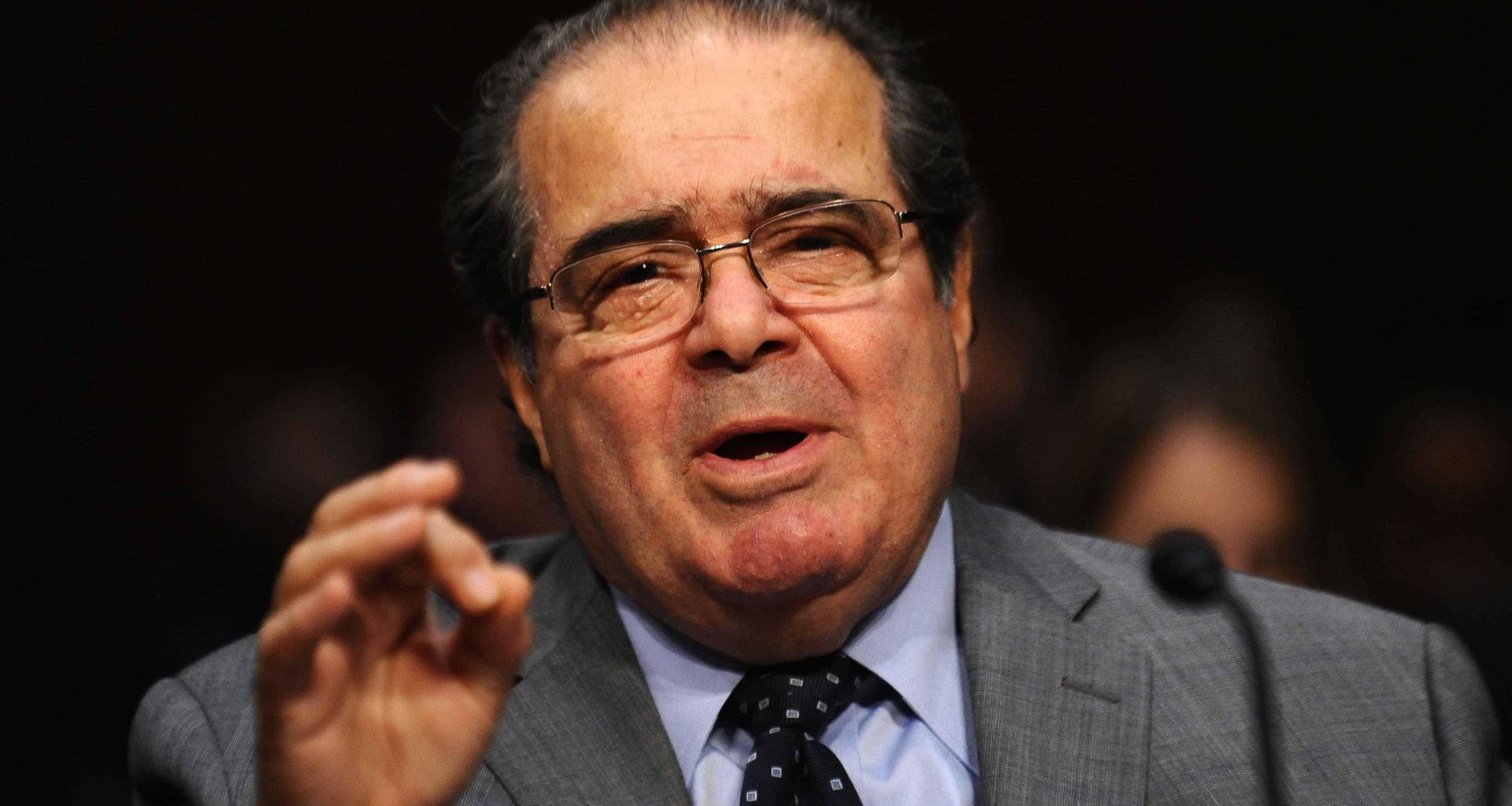 one of our longest-serving Supreme Court Justices has created a storm of controversy and has exposed himself as a Racist.

One would think that as a member of the highest court in the land, supposedly a paragon of justice, Antonin Scalia would know by now that it is not prudent to show a corpulent, porcine, pasty white underbelly and expose one’s ugly flaws – this time – racism – regardless of whether age has taken away his filter.

“There are those who contend that it does not benefit African-Americans to get them into the University of Texas, where they do not do well, as opposed to having them go to a less-advanced school … a slower-track school where they do well.”

Scalia interjected that he was “just not impressed” by arguments that UT Austin suffers from lower minority enrollment. “I don’t think it stands to reason that it’s a good thing for the University of Texas to admit as many blacks as possible,” the justice said.

African-American leaders in Congress are not letting Scalia’s malice slip through the cracks. They sharply condemned Supreme Court Justice Antonin Scalia on Dec. 10 for his remarks questioning the intelligence level of black students.

“His suggestion that African Americans would fare better at schools that are ‘less advanced’ or on a ‘slow-track’ reminds me of the kind of prejudice that led to separate and unequal school systems — a policy the Supreme Court declared unconstitutional decades ago.”

Butterfield, in a statement from the Congressional Black Caucus, said that it was clear from his words that Antonin Scalia had formed an opinion on the matter before oral arguments had been completed, calling his comments “disgusting, inaccurate, and insulting to African Americans.”

Because of Scalia’s now obvious racism, Butterfield wrote that  Scalia should “recuse himself from the case” and the Judicial Conference of the United States should consider removing him from the court’s bench.

“Justice Scalia has removed any presumption of impartiality and should recuse himself from the case.  His comments were improper and warrant review by the Judicial Conference of the United States to consider whether these comments affect the public’s confidence of the courts and the integrity and independence of judges.”

Rep. John Lewis added in his statement that Scalia’s “evident bias is very troubling” and calls into question “his ability to make impartial judgments in this case.”

In order for a Supreme Court justice to be kicked off the bench, he or she must be impeached by the House and convicted by the Senate — a move that has never happened in U.S. history.

Recusal, however, is solely up to the justice. As Slate points out, Title 28, Section 455 of U.S. Code says a judge should recuse him or herself from a case whenever there is conflict of interest, such as a pre-formed opinion (like institutional racism), or the involvement of a family member.

Despite this most recent proof that Justice Scalia is a racist, there has been speculation for years that he is becoming senile and otherwise losing his mental faculties. If that truly is the case, the issue must be addressed for the good of the country — as well as for the health of Justice Scalia.