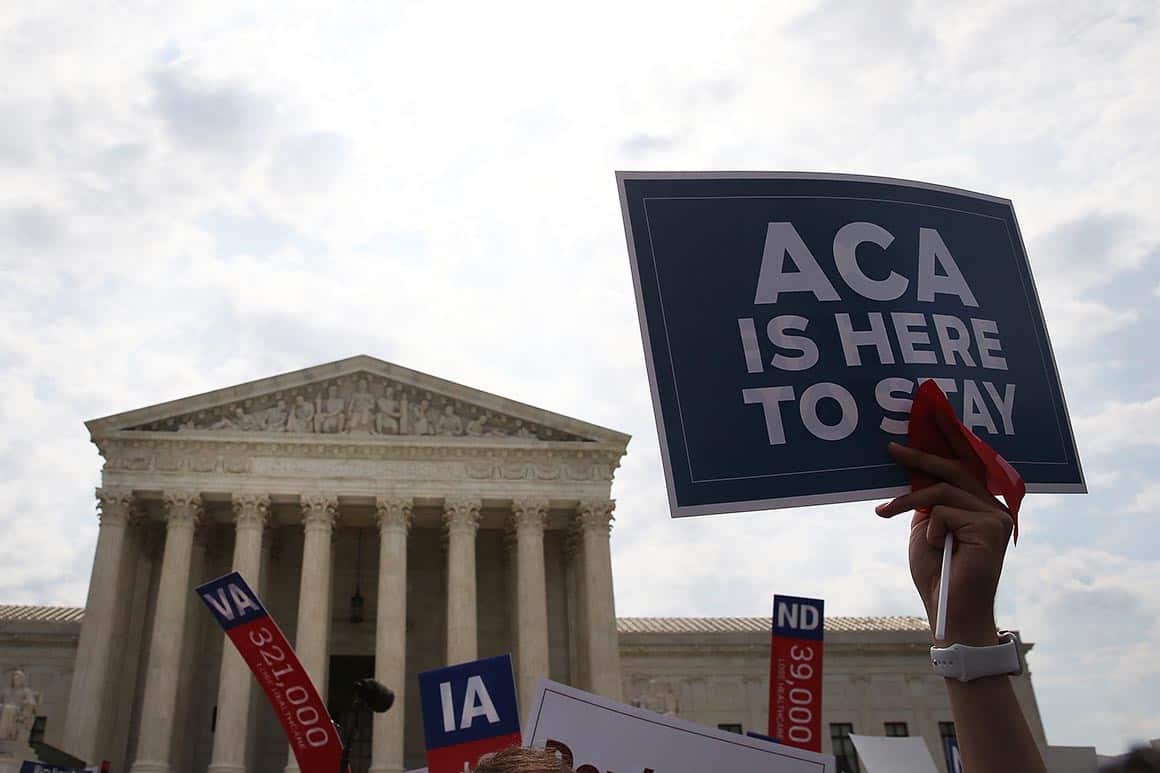 The Roberts Supreme Court has once again saved the Affordable Care Act, referred to derisively or exultingly, depending on your view, as Obamacare. In a 6-3 vote, Roberts, who wrote the majority opinion, Kennedy, and the Court’s 4 liberals, upheld the Act’s state, federal and hybrid exchanges.

The Supreme Court upheld the de facto implementation of the law, with the understanding that states that have not established their own exchanges have used the federal exchange, and that it is legal to do so. In 34 states, most of them heavily Republican, the federal government has been administering the exchange. Republicans sought to torpedo that relationship. This would have blasted the Affordable Care Act into chaos, stripped 6.4 million Americans of health insurance, mostly in red states, and set the nation back to square one after Obamacare mended many of the epic problems with America’s health insurance that had existed for decades. Republicans had not offered any viable alternative, only a challenge to the ACA. To save the Act, Congress would need to rewrite the language in a way the White House would agree to sign, or Republican governors across the country would have to set up their own exchanges. Both of these outcomes would have been highly unlikely given the nation’s political gridlock.

Chief Justice Roberts, who was appointed by George W. Bush, is usually a champion for conservatives on the court, especially when it comes to gutting campaign finance law. His second ruling in favor of Obamacare leaves conservative activists gnashing their teeth that he ‘betrayed’ them again. Yet, they should be thanking him. Republican base voters were the ones who stood to lose the most from the GOP’s attempt to cast American healthcare into chaos. Republicans could have seen a nationwide revolt, or at least a severely dampened turnout of base voters in the heart of some of the most hardcore Republican areas of the country in 2016.

Roberts not only saved Republicans from their own worst impulses, but also signals that he appreciates the unusual nature of America’s preexisting condition of a dysfunctional healthcare system, and the unusual fix of Obamacare. Reuters reports that in his ruling,

Roberts wrote that although the conservative challengers’ arguments about the plain meaning of the statute were “strong,” the “context and structure of the act compel us to depart from what would otherwise be the most natural reading of the pertinent statutory phrase.”

This is as clear a statement as Republicans are likely to get that while Roberts may share their beliefs, he considers Obamacare to be off-limits. One of the Supreme Court’s key functions is to determine when an issue should fall under judicial purview or not. While the Court has decided to rule on Obamacare, Roberts’ overriding view of it seems to be that it’s not his place to referee it, but it’s an issue between the White House and Congress. This decision by Roberts, not to blow his whistle on Obamacare, is arguably the strongest defense in Washington that Obamacare has. Increasingly minute aspects of the Act will probably be volleyed back and forth by Congress and the White House, but the Affordable Care Act is now unequivocally the law of the land. With this ruling, John Roberts seals Barack Obama’s greatest achievement as president.