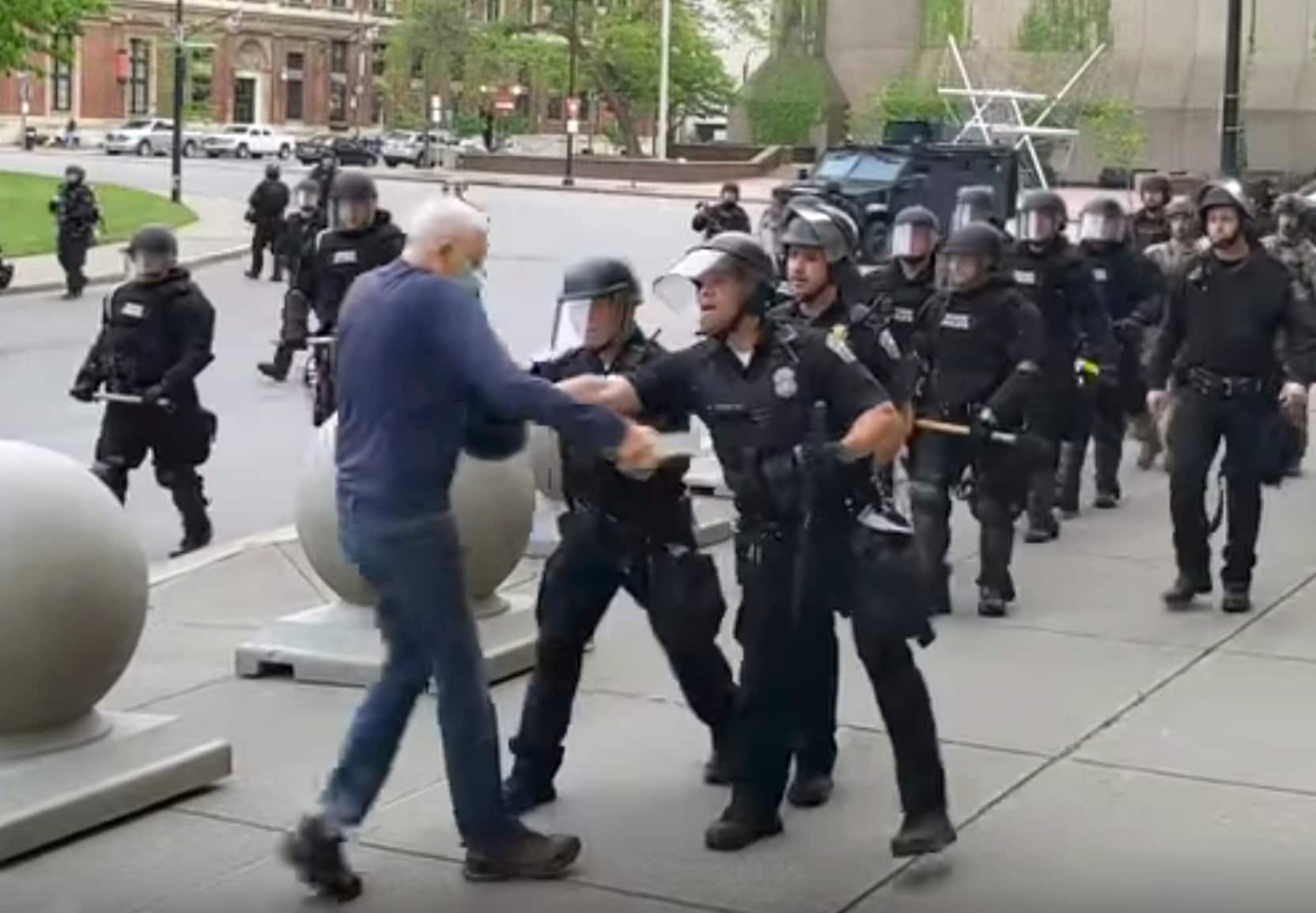 Not only are we all watching police behavior, cell phones in hand, but the American Civil Liberties Union (ACLU) has given the public a powerful tool to preserve their recordings. The backup occurs automatically, so even if the phone is destroyed or the recording deleted, a copy exists.

The “Mobile Justice CA” app is free and was just released in California. In April, a woman in South Gate, Cal. was accosted by an officer who ripped her phone from her hands while she was recording and smashed it on the ground. Unbeknownst to him, another woman was videotaping from across the street and captured the whole encounter.

With the “Mobile Justice” app, the recording would be preserved. When the user opens it and hits record, the video transmits a copy simultaneously to the ACLU server, well out of the hands of anyone intent on destroying it.

The app is available in English and Spanish, for iPhones or Androids, and includes a “Know Your Rights” page as a guide for encounters with the police. Upon its release in California, L.A. County Sheriff Jim McDonnell acknowledged:

“In our society, the people have a right to video the police.”

Jay Stanley, senior policy analyst with the ACLU, recently said that the courts have upheld that right over and over again. In an interview with Alternet, he said:

“The courts have been crystal clear on this matter: You have a right, under the First Amendment of the Constitution, to take photographs or video of anything in public when you’re in public. And there have been attempts in some states to pass laws curbing this right. They have been struck down by the courts, and the Supreme Court has refused to review those rulings striking down those kinds of laws. So there’s no ambiguity about the law.”

“Stop and Frisk Watch” was the original version of the app, launched in New York in 2012, as a response to the NYPD’s outrageous violation of rights known as the ‘stop and frisk’ policy. The policy was declared unconstitutional and is no longer in place, but it allowed the police to stop and search virtually anyone, anytime, with minorities being the target of the tactic.

One of the objections being raised to use of the app is that the person being recorded, who is interacting with the police, might have his privacy violated. This assertion is almost funny, considering the proliferation of official cameras that keep an eye on people in public spaces, and revelations about the extent to which the government spies on American citizens. Big Brother apparently doesn’t want to share the power of observation with those he is observing.

The criticism of the app is terribly unfunny when considering that it is citizens videotaping who have put a very public spotlight on law enforcement’s abuse of power. The general public is finally becoming aware of what minority communities experience on a daily basis.

Admonitions by an unknowing majority that minorities just need to act a certain way, or dress a certain way, to avoid police scrutiny become more and more ridiculous when a man like Freddie Gray dies because he made eye contact with the police and ran away. If concerns that his ‘privacy’ may have been violated had kept the person videotaping from doing so, how would the truth that he was murdered by police have come out? Where would the accountability have come from?

Peter Bibring, an attorney with the ACLU countered the criticism:

The First Amendment is how we arm ourselves with the truth and the ACLU has just helped it happen. Now that we realize how little we’ve known about police abuse of power and how outcomes may be in our own hands, we’re not going back.

Watch this chilling video to see how the “Mobile Justice” app is used: