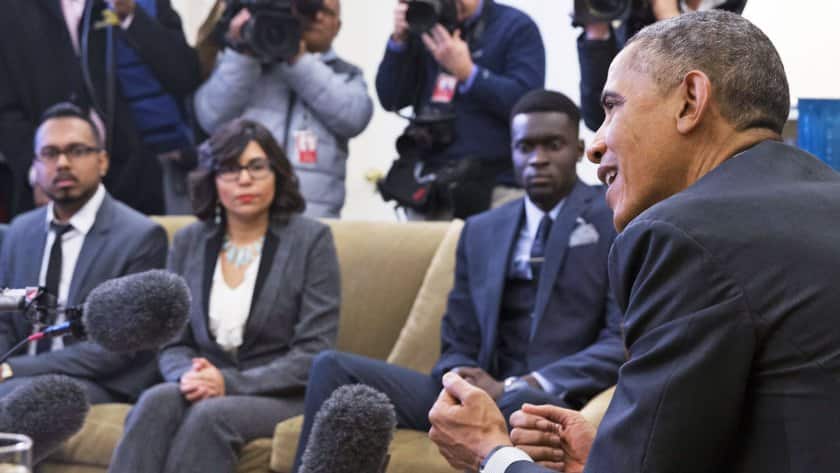 A Texas judge, Andrew S. Hanen of Federal District Court in Brownsville, issued an injunction on Monday to stop President Obama’s executive actions on immigration. In November, the President announced new programs to protect undocumented immigrants from deportation and allow them to obtain work permits. Applications for the first of these programs were to go out on Wednesday, February 18th.

The administration’s position in the suit has been supported by at least eleven states, the District of Columbia, and most of the major cities around the country, including Los Angeles, New York, Chicago, Houston, and Philadelphia. In addition, regrets over the ruling that were expressed by the government of Mexico illustrate the fact that there are international reverberations from what appears to be a very political move.

According to the New York Times, Judge Hanen, an appointee of George W. Bush, has a history of criticizing President Obama’s immigration policies. Last summer, Hanen said the administration’s policies were “an open invitation to the most dangerous criminals in society.”  In finding that the states have standing to bring this lawsuit, he wrote:

“The court finds that the government’s failure to secure the border has exacerbated illegal immigration into this country. Further, the record supports the finding that this lack of enforcement, combined with the country’s high rate of illegal immigration, significantly drains the states’ resources.”

Oh, really? The thirty-three mayors who filed a brief on the administration side had this to say:

“The strong entrepreneurial spirit of immigrants to the United States has significantly boosted local economies and local labor markets.”

None of which makes any actual difference in the case. Nor does the self-satisfied gloating of people like Republican Texas Gov. Greg Abbott,  who tweeted that the decision “stops the president’s overreach in its tracks” or fellow Texan Ted Cruz, who called the ruling a major turning point in stopping the President’s “lawless amnesty.”

The fact is that there is a broad consensus among constitutional scholars that the states don’t have any standing when it comes to immigration policy. Professor Laurence H. Tribe of Harvard put it succinctly:

“Federal supremacy with respect to immigration matters makes the states a kind of interloper in disputes between the president and Congress. They don’t have any right of their own.”

Immigration is a federal responsibility. The states have no place at the table. But then, the GOP has proven time and again that they consider the federal government and its laws to be an inconvenient nuisance.

On Tuesday, the administration announced its intention to appeal the ruling. Many legal scholars expect the ruling to be a minor glitch because the United States Court of Appeals in New Orleans will most likely block Hanen’s order while the case winds its way through the courts.