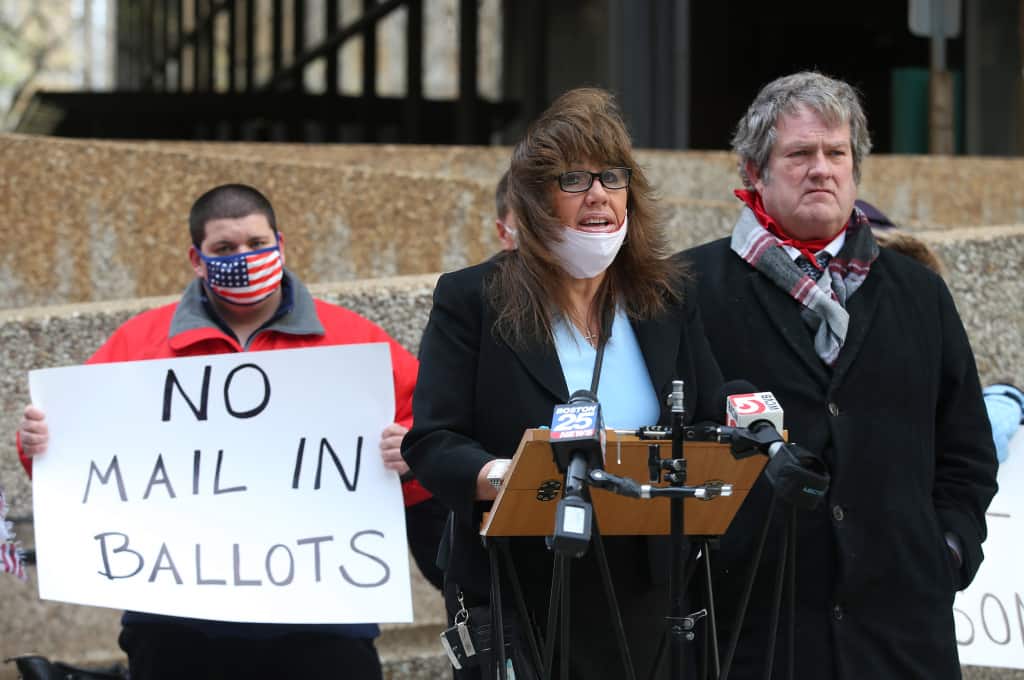 In a stunning victory for voters, the 5th U.S. Circuit Court of Appeals just struck down Texas’ Voter ID law as “discriminatory in effect.” This — on top of recent Supreme Court rulings against gerrymandering safe districts — will make it harder and harder for the GOP to win. Despite the Supreme Court’s gutting of the Voter’s Rights Act, NBC DFW reports:

The 5th U.S. Circuit Court of Appeals ruled that the 2011 [voter ID] law carries a “discriminatory effect” and violates one of the remaining provisions of the Voting Rights Act — the heart of which was struck down by the U.S. Supreme Court in 2013.

The Wednesday ruling on Texas’ voter ID law also marks a big win for the White House, which took a special interest in fighting it. For starters, the law (upheld for the 2014 election) required roughly 13.6 million registered voters in Texas to get photo IDs and may have barred as many as 600,000 from voting.

the Obama administration […] had taken the unusual step of bringing the weight of the U.S. Justice Department to fight new Republican-backed mandates at the ballot box.

In case you’re wondering, that unearthly screech you hear is the sound of the GOP realizing they’ve just lost Texas forever. Sure, they may be able to muster up enough old, angry white people to turn out for another few election cycles, but this once staunchly Republican state is slowly but surely turning blue. Why? Because the old, angry white people are dying off, younger people tend to be more liberal, and Texas is well on its way to becoming a minority-majority state.

At this point, the GOP’s agenda is so deeply unappealing and unhelpful for anyone who isn’t a rich, white, straight, Christian, cis-gender male, there’s no way they can win without finding ways to gerrymander safe districts and enact voter ID laws keep their fellow Americans from voting.

Oh, and to twist the knife a little, Judge Catharina Haynes — a George W. Bush appointee — is the one who wrote the opinion.

Right-wing Republicans keep arguing that voter ID laws pose no undue burden on people who want to vote. But since preventing low-income people and minorities (who tend to skew Democratic) from voting is the only thing such laws can possibly seek to accomplish, that seems highly doubtful.

As NPR explained back in 2012, the cost of getting a driver’s license or other state-issued photo ID seem modest but pose a substantial burden to people when they’re poor. Furthermore you need a birth certificate to get a photo ID, and many of our nation’s senior citizens don’t have one because they weren’t born in a hospital.

As Judge Catharina Haynes explained in her opinion on behalf of the Fifth Circuit, one analysis determined that “Hispanic registered voters and Black registered voters were respectively 195% and 305% more likely than their Anglo peers to lack” a voter ID in the state of Texas. Indeed, even Texas’s own numbers confirmed that voter ID laws disproportionately impact racial minorities. Their own expert “found that 4% of eligible White voters lacked SB 14 ID, compared to 5.3% of eligible Black voters and 6.9% of eligible Hispanic voters.”

Similarly, low-income voters are much less likely to have ID then their wealthier counterparts. The district court in this case “credited expert testimony that 21.4% of eligible voters earning less than $20,000 per year lack SB 14 ID, compared to only 2.6% of voters earning between $100,000 and $150,000 per year.”

Twitter Trolls The Republican Debate, And Wins The Internet