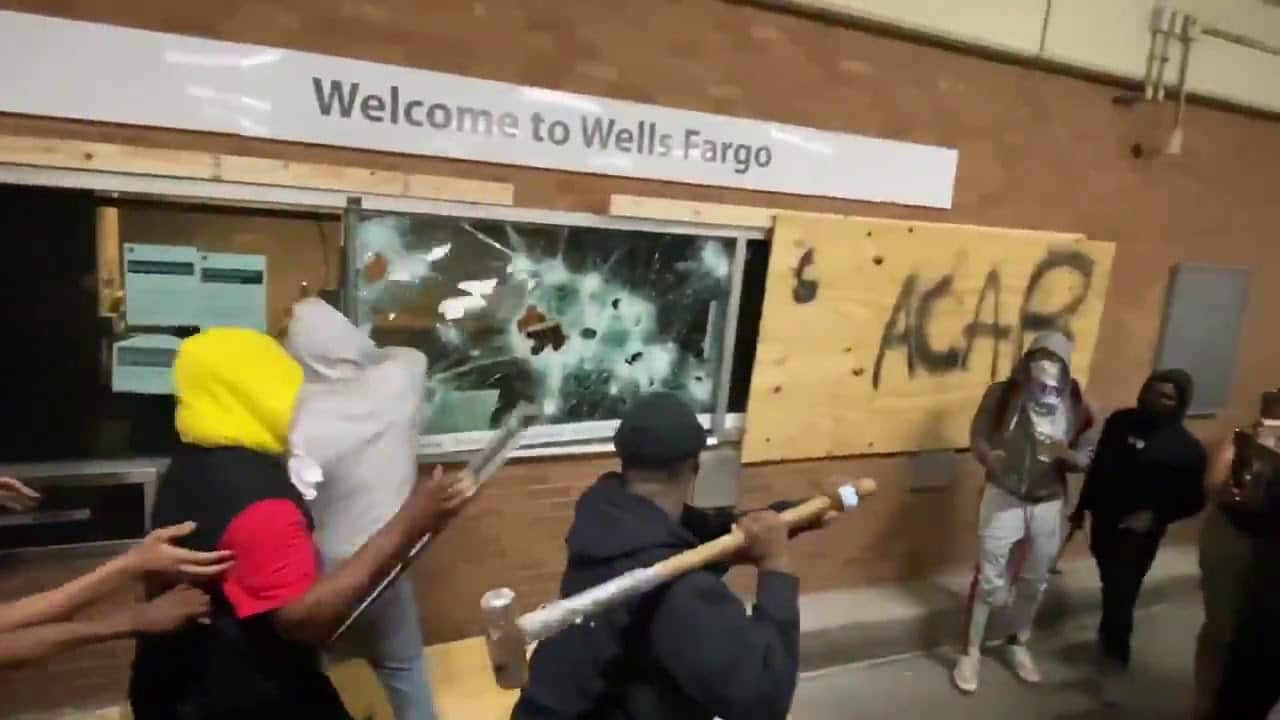 Wall Street created the nightmare economic context of the unrest in Baltimore. You don’t need to have watched The Wire, one of the greatest dramas in American television history, to know that Baltimore has some rough neighborhoods. But things got a lot worse when the subprime mortgage crisis blew up in 2008. The wealth destroyed by some of the biggest banks foisting predatory loans on unsuspecting, unprotected consumers was staggering, and triggered the Great Recession. Baltimore was hit particularly hard, and around the Baltimore area, the black community was specifically and intentionally targeted for these predatory loans. The resulting implosion dialed the black community’s wealth back to Segregation-era levels.

The subprime mortgage fraud was the biggest blow to the black community’s wealth since Civil Rights. About a dozen banks were charged with foisting bad loans onto black people. Wells Fargo was one of the worst offenders in the Baltimore area. According to testimony by Beth Jacobs, formerly one of Wells Fargo’s top loan officers, reported in the New York Times, the practice was overtly racist,

“Wells Fargo, Ms. Jacobson said in an interview, saw the black community as fertile ground for subprime mortgages, as working-class blacks were hungry to be a part of the nation’s home-owning mania. Loan officers, she said, pushed customers who could have qualified for prime loans into subprime mortgages. Another loan officer stated in an affidavit filed last week that employees had referred to blacks as ‘mud people’ and to subprime lending as ‘ghetto loans.’”

Jacobson described how the banks would organize the black community to streamline the effort of preying on them on a large scale,

“’Wells Fargo mortgage had an emerging-markets unit that specifically targeted black churches, because it figured church leaders had a lot of influence and could convince congregants to take out subprime loans.’”

The state of Maryland, which had been home to some of the nation’s wealthiest predominantly black counties prior to the crash, saw the second most foreclosures in the country, after Florida.

Despite popular misconception, many of the people who were sold these loans did qualify for conventional loans,

“…in 2/3rd (66%) cases, people with high FICA scores, who would have qualified for conventional loans at market rates, were diverted towards subprime loans because of their profitability.”

“More than half of Baltimore properties subject to foreclosure on a Wells Fargo loan between 2005 and 2008 are vacant, 71 percent of them in predominantly black neighborhoods. Baltimore still had the ninth-largest number of foreclosures in the country last year [2014] at 5,200.”

As of 2012, there were roughly 47,000 vacant homes in Baltimore, and their concentration correlates almost perfectly with the concentration of black folks living Baltimore.

American financial institutions used the black community’s purchasing power against them, especially among black women and even among borrowers who had the means to buy a conventional loan. This is particularly true in Baltimore. Tens of thousands of black families were ruined. The overtly racist housing practices of the mid 20th Century were replaced by racism by banks in housing practice. The results are staggering. The Great Recession wiped out a lot of wealth in every community in America. But the experience for black families was dramatically worse than that of white families. In 2005, the median white household wealth was $134,992. By 2009, it had declined to $113,149. In 2005, the median black household wealth was $12,124. By 2009 it had declined to $5,677. While white wealth declined by 16%, black wealth declined by 53%. Over the course of the Great Recession, median black wealth declined from being 1/11th of median white wealth to being 1/20th. Following the Great Recession, the average white family has 20 times the purchasing power of the average black family.

Wall Street cynically, disgustingly, used the black community’s striving for the American Dream against them. After centuries of bondage, a century of second class citizenship, and half a century beyond Civil Rights, many black families had finally made it. And Wells Fargo crushed them.

This is not meant to diminish the roles of overly aggressive and violent policing in Baltimore, the legitimate grievance over the inexplicable deaths of Freddie Gray and other unarmed black men at the hands of police, or the media’s misrepresentations of the protests. The current unrest in Baltimore happens in a broader economic context. Due to slavery and segregation, black people have only really been able to accumulate any wealth since the late 1960s. Wall Street wiped out virtually all of black America’s aggregate wealth accumulated since Civil Rights. The bankers who did this not only avoided any jail time, but rewarded themselves with taxpayer-funded bonuses. The institutions of American power which should have protected black people, who ostensibly gained full citizenship in the 1960s, from this predation, have made it very clear that they do not care. Their answer to the decimation of four decades of black wealth is a tighter chokehold of policing.

So remember, the rioting that you see in Baltimore is nothing compared to the homes destroyed by Wall Street. Wells Fargo destroyed whole neighborhoods. Wells Fargo violently tore Baltimore’s black community away from their first taste of real independent success and drove many back into a level of iniquity that should not be possible for a community of citizens supposedly enjoying the full benefits of American citizenship. Wells Fargo is Baltimore’s real looter. The real “thugs” in Baltimore wear suits.

Perhaps what you see in the news is not merely a paroxysm of rage over the death of a single man, but an entire community awakening to the horror that Civil Rights was a mirage, that American institutions will never defend them as they do whites, that they will never know true financial security. Martin Luther King Jr. urged his followers to “refuse to believe that the bank of justice is bankrupt.” The vast majority of peaceful protesters in Baltimore may be trying to tell America that not only the bank of justice, but the bank itself, is bankrupt.