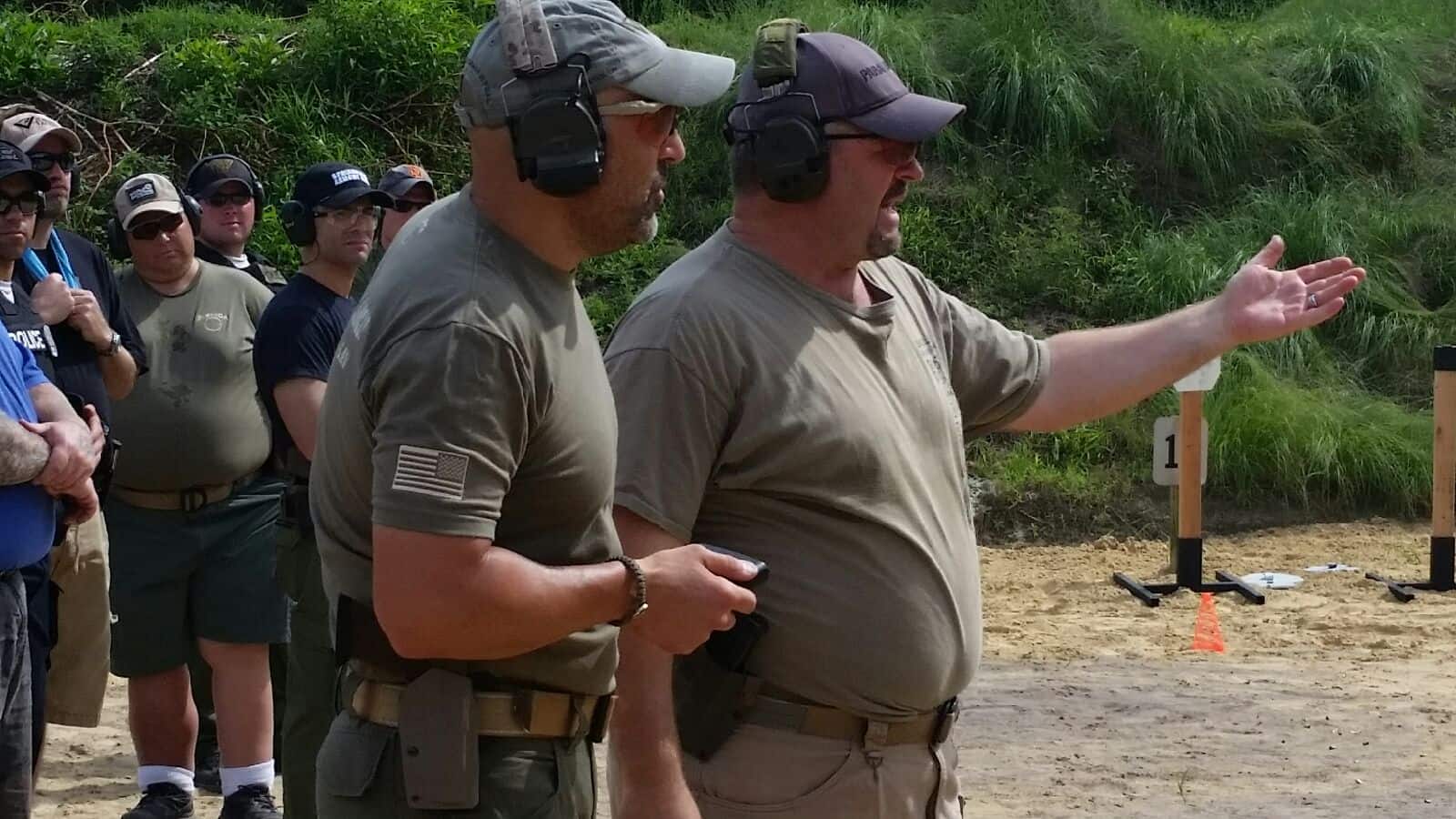 Praise The Lord And Pass The Ammunition! Church Staff And Members Are Receiving Gun Training For Active Shooter Events.

On Dec. 15, CBS This Morning reported on the relatively new trend of church staff and security members, (and in some cases, members of the general congregation) voluntarily taking part in gun training in order to carry and use a firearm for defense of themselves or others, in the event of an active shooting incident.

At the training session featured in the story, a group of ministers and church security personnel in California’s Sierra foothills were invited to a gun range in Placerville by gun safety instructor Geof Peabody.

With one session, these skilled marksmen are deemed ready to take down a mass shooter or shooters during a church service.  Impressive.

As history has shown us, good guys with guns are rarely the answer. In fact, the cases of mass shooters stopped by armed civilians in the past 30 years: zero.  A Philadelphia study found that the odds of an assault victim being shot were 4.5 times greater if he carried a gun. His odds of being killed were 4.2 times greater.

Gun ownership has also been linked to higher risks of homicide, suicide, and accidental death by gun. For every time a gun is used in self-defense, there are 7 assaults or murders, 11 suicide attempts, and 4 accidents involving guns in or around a home. (Mother Jones, 2013)

John Blackstone posed a question that often comes up when discussing guns in churches.

“Does it seem to go against the sanctity of the church in any way to bring a gun into church?”

Bruce Shoff, who serves on a security team at his church, responded:

“Not at all, not at all. The Bible tells us to be our brother’s protector…it’s just another tool.”

Micah Anderson, who is the leader of the youth ministry at his church stated:

“The drive behind it is so I can protect myself and my family. The fact that I also work at the church and serve in that way, is just an added benefit. Crazy things happen day in and day out,”

In fact, many of those crazy things Anderson may be referring to actually happen to improperly trained or misinformed gun owners.

Police training changed for active shooters after the tragedy at Columbine High School in 1999. A national course was created to teach officers to react more rapidly. But Peter Blair, who oversees the national program, said even a good guy with a gun can be a danger.

“You might end up shooting another concealed weapons holder that you don’t recognize. The police may shoot you. You might accidentally shoot an innocent person when you’re shooting at the attacker.”

Even gun training can go wrong. While Peabody’s classes have been mostly accident-free, Pastor Tom Smithwas wounded earlier in December while taking shooting lessons at the Placerville gun range. Tom Smith was shot by his instructor during a gun safety class.

Modesto police said the two were acting out a scenario when a loaded gun the instructor was holding  negligently went off. The pastor was shot in the abdomen.

“As a law enforcement officer, do you feel safer, the more concealed carry permits are out there?” Blackstone asked Sheriff John D’Agostini. To which D’Agostini replied, “Absolutely. These are law-abiding people. It’s the evil criminals that are the threat.”

Wouldn’t it be nice if more people had the superpower that Sheriff D’Agostini possesses? The ability to differentiate between law-abiding folks and evil criminals at a glance?  Personally, I think we should go back to the white hat/black hat system.

Faith And Fear — The Great Contradiction

This is where the real issue lies: if you consider yourself a Christian, you are, of course, a follower of Jesus Christ and his teachings. Jesus was a pacifist. Nowhere in the Bible as he depicted as a weapon-wielder. And one would assume that you would have enough faith in God to protect you. Or if he didn’t to accept the fact that, come what may, it was God’s will.

In an article in the Pittsburgh Post-Gazette by Rev. N. Graham Standish, he poses many questions to address this conundrum. What kind of gun would Jesus carry? What example did he show when it came to weapons?

To quote Standish in the article:

Christians who obsessively accumulate weapons probably aren’t placing Jesus’ teachings at their core. Their love of guns seems to grow stronger than their love of God and of people. Their fear of assault from criminals and of the potential tyranny of governments is stronger than their faith or their inclination to imitate the model of Christ. But even when it comes to fighting tyranny, the biblical example of Christ, the apostles, the prophets and so many others is to stand against it with faith, not by stockpiling or brandishing weapons. For Christians who own guns, which holds more sway over their lives, the Bible or the Second Amendment?

Guns pose a dilemma to true Christians. Would Jesus agree with the National Rifle Association’s idea that more guns are always the solution?

Of course, one could come up with a firm biblical argument that owning guns for hunting and self-defense is consistent with Christianity. But Christ also taught that we should peacefully resolve our problems, to give up possessions for the welfare of others.

In fact, there are still many faith traditions and Christian denominations that, according to doctrine or church resolution, prohibit guns of any kind on church property. These include The Union for Reform Judaism, The National Council of the Churches of Christ in the USA, Evangelical Lutheran Church in America, The United Methodist Church, The Catholic Church, Presbyterian Church (U.S.A.), The Episcopal Church, Latter Day Saints, Mennonites, and  most Unitarian Universalist congregations.

“Blessed Are The Peacemakers.”

Jesus is known as the Prince of Peace.  Not the often misinterpreted homophone the Prince of Piece.  Jesus also tells his followers not to repay evil for evil. He says to bless your enemies and turn the other cheek.  And I don’t think he meant turning that cheek so you can get a better view through the rifle scope, either.