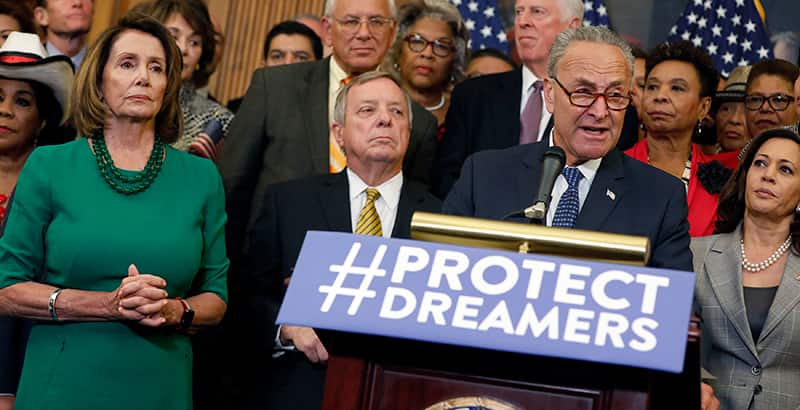 Ann Coulter is talking trash about immigrants again and her vile ideas should sicken us all.

During an interview on iHeart Radio to promote her latest book of scribble, hateful conservative Ann Coulter told host Simon Conway that blind and wheelchair-bound immigrants should be denied citizenship.

Coulter began by expressing her disgust that immigrants who have been in the United States for decades aren’t forced to take an English language test and accused older non-English speaking immigrants of not loving America.

“The INS has waived the English language requirements for many immigrants, and it’s not just — that obviously goes to the heart of it, are you switching allegiance, do you love this country?”

Then she became even more cruel.

Coulter attacked immigrants who are disabled and specifically named people in wheelchairs and the blind as two groups she thinks should be automatically denied citizenship.

“How about the wheelchair-only section? How about the section for the blind? Look, wish these people well, but we’re not running an international charity here.”

Coulter continued to demean poor and disabled immigrants by saying that immigrants, apart from our own, shouldn’t be allowed into America to strive for a better life.

“We have our own poor people, this includes all of the immigrants who have come in, well, forever…it’s people living here in America we should be taking care of, and not people we have to help.”

This isn’t the first time Ann Coulter has brutally insulted the dignity of immigrants. Just last month, Coulter coldly refused to hug a Dreamer who kindly requested the act of kindness from her. Clearly, Coulter had no desire to come in contact with people she considers vermin.

Coulter continued her heartless anti-immigration crusade not long after by writing an email to Breitbart stating that overweight girls should be denied entrance into America as well.

“When I’m in charge of immigration, (after our 10 year moratorium), I will not admit overweight girls,” Coulter wrote.

Once again, conservatives have sunk to a new low when it comes to immigration and citizenship. They ought to be ashamed of themselves. At one time in our nation’s history, we celebrated the arrival of immigrants no matter their plight. In fact, that message continues to be immortalized on a plaque which has been on the base of the Statue of Liberty for over a century.

“Give me your tired, your poor,
Your huddled masses yearning to breathe free,
The wretched refuse of your teeming shore.
Send these, the homeless, tempest-tossed to me,
I lift my lamp beside the golden door!”

In short, if conservatives actually loved America, they would be living by these words instead of their hateful ones.