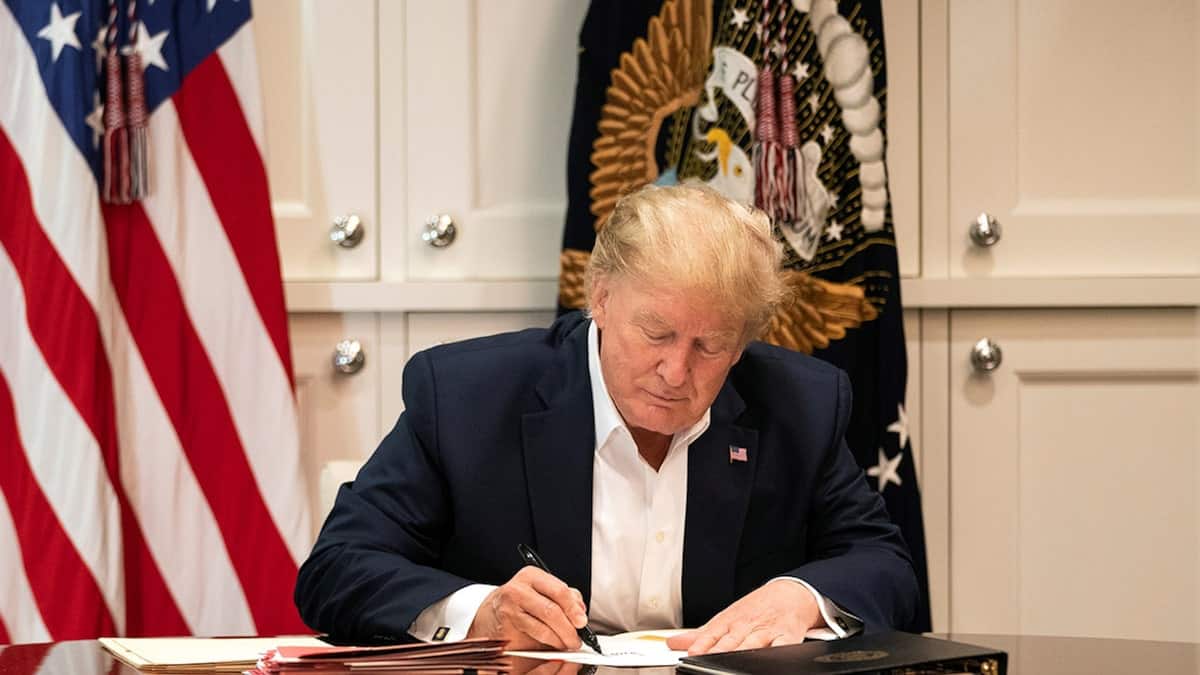 When police raided a home occupied by two Trump supporting neo-Nazi brothers in Mt. Sinai, New York on Thursday, it wasn’t long before they realized they may have stopped another shooting like the one that happened a week ago in Orlando, Florida.

This Creepy Neo-Nazi Is A Trump Supporter

Brothers Edward Perkowski, 29, and Sean Perkowski, 25, also had a copious supply of neo-Nazi and white power paraphernalia in their single-story suburban home, police said. And Edward Perkowski is a supporter of Donald Trump. Considering Trump’s racist rhetoric, this should come as no surprise.

Also found: Instructions on how to build a bomb, 14 knives, a stun gun, about $42,000 in cash, marijuana and hallucinogenic mushrooms.

So it’s completely understandable that the neighbors weren’t unhappy to see the brothers taken into custody.

Larry Bilello was lying in bed when the SWAT team decided to drop in on the neo-Nazi wannabes.

“I’m lying in bed and I hear ‘Go, go, go,” he told The Daily Beast. “Poghghshsh. I hear the flash grenade.”

“I jump up…They smashed the door and ran in with their guns and laid them on the floor and put the cuffs on them and the whole bit.”

Bilello, 52, watched the whole thing go down as Suffolk County police, after executing a search warrant, discovered the scary arsenal in the run-down home.

“I was happy,” he said after the neo-Nazi duo were led out of the house in handcuffs. “I’ve been watching them for years.”

The Daily Beast reports his bail has been set at $200,000 while CBS News reports it was set at $100,000. I don’t know which is accurate, but neither sounds high enough in my opinion.

Sean Perkowski was cuffed on a bench warrant regarding minor code violation from a nearby town. He was seen Friday returning to the condemned home to gather belongings after being fined $50.

As the brothers were chained together, they couldn’t resist an opportunity to sneer at reporters while police escorted them out of the police station on the way to court.

“You want a Nazi salute? Sorry, assholes,” Edward Perkowski said angrily. When a reporter asked why he possessed the guns, he snarled “because they were legally owned when I had them.”

Then he lunged at a cameraman, saying “Get the fucking cameras out of my face.”

During a press conference, police shared shocking photographs taken from inside the brothers’ neo-Nazi hideout, which in some ways resembled a shrine, with a swastika draped against a wall, a framed photograph of Adolf Hitler and surrounded by several guns and white power propaganda books.

A leather-bound binder containing a racist manifesto was also discovered alongside other Nazi propaganda by investigators.

Police knew they may well have stopped another tragedy.

“This was a public threat on multiple fronts because we have two individuals who clearly subscribe to a hateful violent ideology, who had an illegal arsenal at their fingertips,” said Tim Sini, commissioner of the Suffolk County Police Department. “Today’s search warrant may have prevented a deadly violent incident like the one we recently saw in Orlando.”

“To think that this,” he said pointing towards a photo of the confiscated items, “was in the town of Brookhaven was extremely disturbing.”

But Matt Tuohy, an attorney for Edward Perkowski, appeared in court on Friday and insists his client was a good ol’ boy who isn’t responsible for the arsenal. I’m sure.

“Anything illegal, my client is saying, it’s not attributable to him,” Tuohy said during the arraignment. “Several people live in the house and have access to the house. My client runs a legitimate military surplus business.”

The family runs the online store Valhalla Military Surplus, which hawks military paraphernalia. And apparently they’re patriotic types. In a Facebook post on the store’s page (which seems inactive, since the last post is in January), a caption reads:

“ONLY THE MADE IN USA ITEMS. Nothing from China will sneak its way into our shop.”

On Facebook, Edward Perkowski used the pseudonym Dale Reinecke, where he apparently spewed racist and sexist rants and photos of his beloved golden retriever. Under place of work, Perkowski listed a German radical right-wing organization—the National Democratic Party (NPD). He described himself as a nationalist and quotes Hitler. What a guy.

And he supports Mr. “Let’s build a wall,” Donald Trump. He showed his Trump appreciation with this meme:

Fortunately the neighbors will perhaps have some peace; something they didn’t have while the brothers were there.

“This has been an ongoing problem,” said Brian Saltzer, who lives close by. “I have contacted police about drug dealing, violence and weapons.”

“They hung a neo-Nazi flag from the middle of the street,” Saltzer said. “Everything just didn’t add up.”

Another neighbor, John Leonard, said the arsenal stockpiled by the Perkowskis shocked him.

“Scares the hell out of me. I mean, that takes it to a whole new level—it’s not just drugs,” he said. “I live two houses down, so bomb-making materials, instructions, whatever it might be, that just escalated this.”

And just think, if Trump gets elected, we can expect to hear from more sickening thugs like Edward and Sean Perkowski. He’ll just help Make America Even More Racist Again.

You can watch the shocking video below.