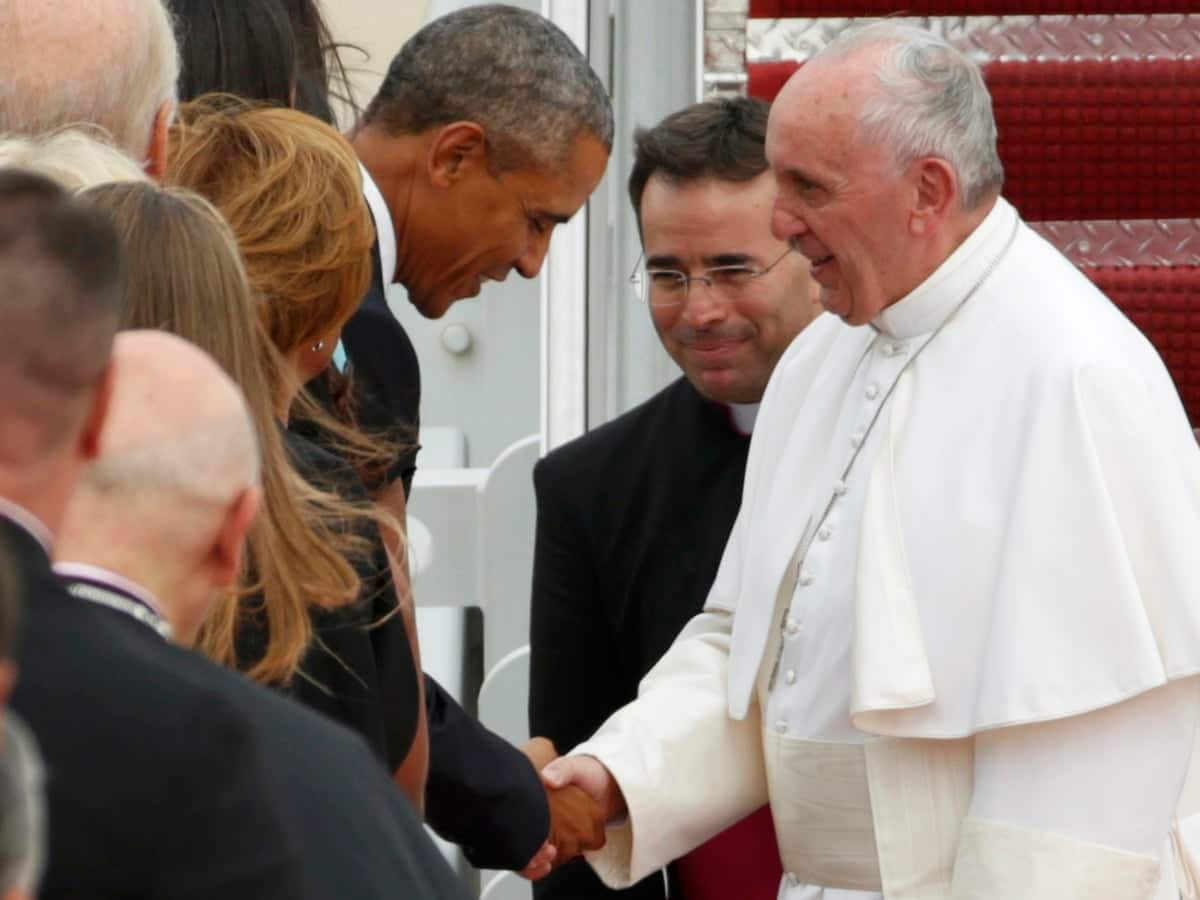 Pope Francis spoke this morning to a joint session of Congress and had Democrats and Republicans alike in tears. The pope denounced wealth inequality, hatred or fear of immigrants, and exploitation of the Earth’s resources, but encouraged our nation’s leaders to celebrate differences, to be willing to listen to one another and start working together again. His words have been sorely needed over the past few years as the divide between Democrat and Republican has widened to levels of dysfunction.

But, no one was more ecstatic than Vermont Senator Bernie Sanders, the lonely Jewish man of Congress, to hear a man as highly regarded as Pope Francis taking Congress to task on the very same issues Sen. Sanders has as the forefront of his campaign.

All smiles in his interview on MSNBC, Sanders said:

“I was very moved. I think we just observed, in person, not just a leader of the Catholic church, but one of the important religious and moral leaders, not only of our time, but of  recent history. I think he’s been playing just an extraordinary role in this Earth, talking about issues that many people would prefer not to talk about. And he’s talking about them in a very courageous way.

Sanders was also incredibly impressed that Pope Francis mentioned Dorothy Day as one of the most influential people in recent history. Day was a Catholic activist who committed her life’s work to the poor and disenfranchised. She was a socialist and a pacifist, and had a thick file with the FBI because she was frequently arrested for her protests, much like Martin Luther King Jr.

“I know people think Bernie Sanders is a radical. Read what the pope is writing about. He is not only talking about poverty and income and wealth inequality, he is getting to the heart of hyper-Capitalism. And he is saying, ‘Why as a society are we worshiping money? We’re making money the golden idol.’ Respecting and admiring people that have billions of dollars at the same time as we’re ignoring people who are sleeping out on the streets, people who are going hungry, people that have no health care and he is saying, ‘That is not how we should be living our lives.’ That is a pretty profound critique of modern society.”

While Sanders respectfully disagrees with the Pope on the issues of abortion and gay marriage, the message from Pope Francis about working together to find common ground on resonated with the Vermont Senator. He believes there are many issues Republicans and Democrats can work together on to find solutions to. In fact, earlier this month Sanders spoke at Liberty University urging young Christian Conservatives to try to find common ground with people they disagree with in order to put this country back together.