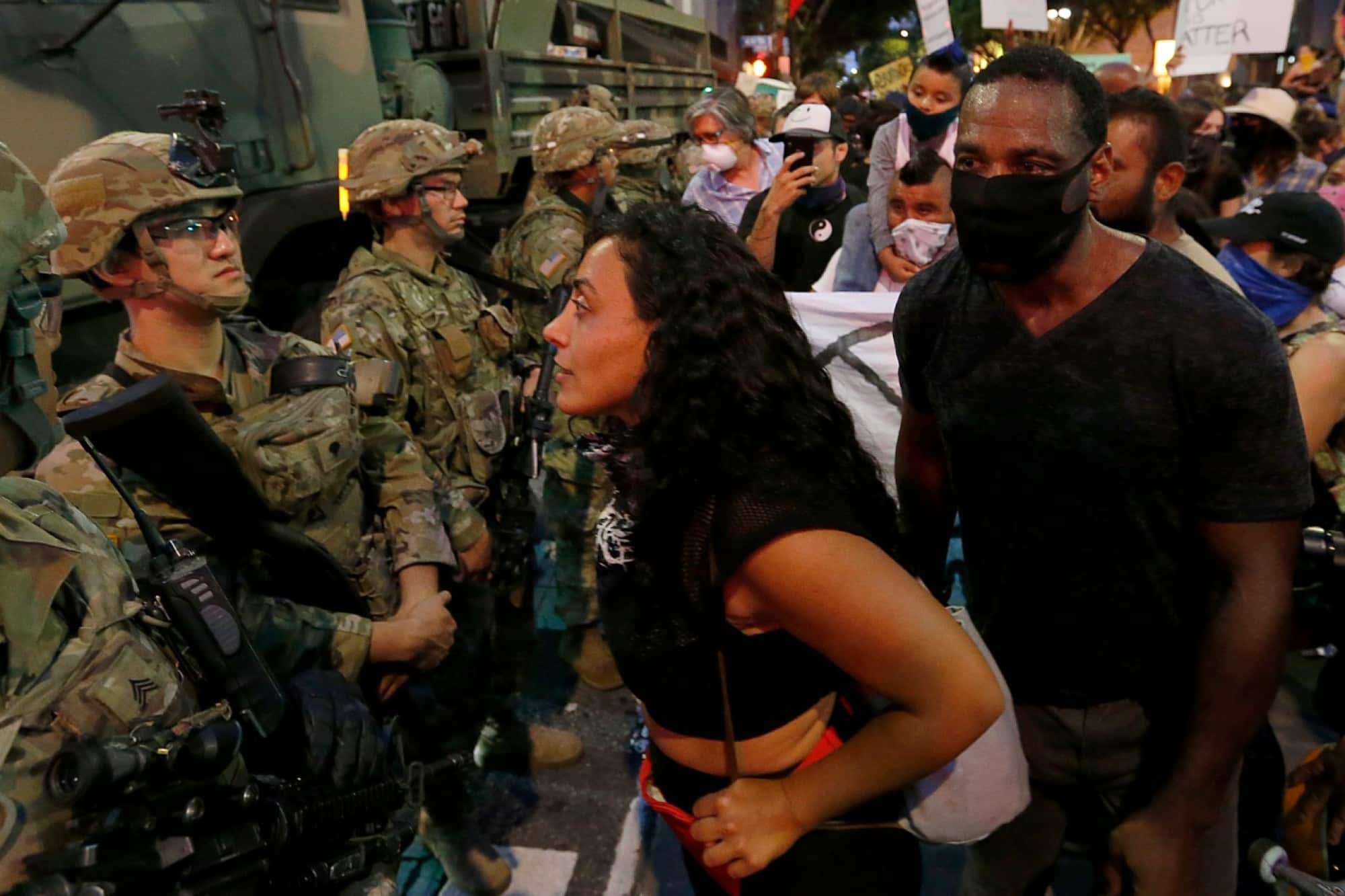 A veteran black police sergeant has filed a racial discrimination suit against the San Diego Police Department after he raised objections over a distasteful racist cartoon being used in a training session and was subsequently punished for it.

According to UT San Diego:

“Arthur Scott, 43, a 10-year veteran with the San Diego Police Department, filed the suit in Superior Court Tuesday, alleging he was victim of a hostile work environment, retaliation and a failure to prevent harassment and retaliation.”

Apparently, the San Diego Police Department must not be privy to the ongoing racial tensions between blacks and police departments all across the U.S. In addition to the Michael Brown incident in Missouri and the Eric Garner tragedy in New York, a Florida police department is under fire for using mug shots of 6 blacks as target practice.

The cartoon is from the early 1900’s and disparages Frank McCarter, who was the first black officer to be hired by the San Diego police department. Here it is:

According to UT San Diego, the cartoon is from the long-defunct newspaper, the San Diego Sun.

The ape-like caricature carrying a large billy club and pistol is supposed to represent McCarter. The cartoon is also obviously derogatory towards Asians. Scott’s lawsuit says that the cartoon was passed around by an instructor of a training class for sergeants and lieutenants this past summer and was not presented in the context of race relations, but rather to accompany a discussion about McCarter.

“When they were discussing this role model, this is what they passed around. They defended it by saying they were trying to honor him.”

He also said that the supervisors taking the class “were being told it’s OK to pass around racist cartoons.”

“We were just made aware of the pending lawsuit this afternoon. We take these allegations very seriously. We will fully cooperate and support any and all investigations into this matter. At this time, it would be inappropriate for us to comment further on this case since it is in litigation.”

Scott, who has been with the department for 10 years and was promoted to sergeant in 2013, is also the vice president of the San Diego Black Police Officer’s Association. Among other charges, he alleges that he was pressured into taking an unwanted lateral transfer to another division within the department. Had he not accepted the transfer, he would have been charged with misconduct for a past incident by one of his superiors.

If these allegations are true, then let’s hope that Scott gets justice against the bullying San Diego Police Department.

Watch the local news report below: