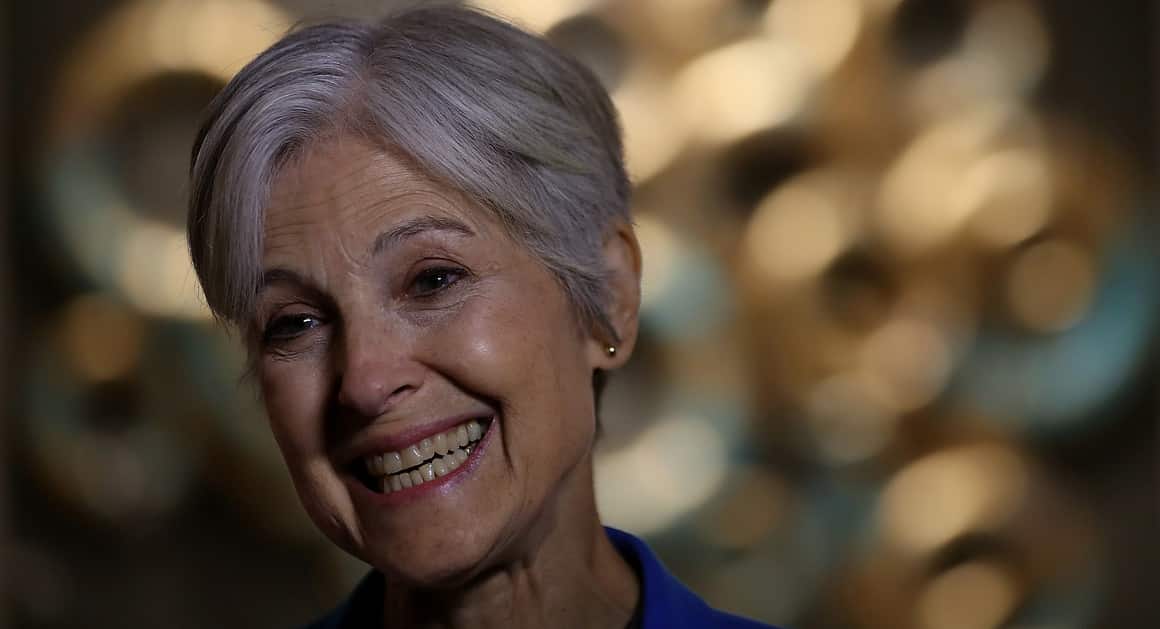 EDITORS NOTE: The headline of this story has been updated for clarity. We regret any confusion the original headline may have caused.

Last week, Green Party candidate Jill Stein announced that she would be pursuing a vote recount in three purple states that had just barely tipped for Republican candidate Donald Trump in the general election: Michigan, Wisconsin, and Pennsylvania. Though the official reason behind the initiative on her site was because of fears of voter discrepancies, many suspected that it was done as a way of helping improve Democratic candidate Hillary Clinton’s chances at possibly usurping the presidency from Trump.

This was seemingly confirmed soon after when the Clinton Campaign revealed that they would be helping the Green Party with the recount effort. As is to be expected, President-elect Trump, alongside his campaign manager Kellyanne Conway, expressed disgust at the move, calling it a “sore loser” play and an example of corruption. The anger from this conflict led to an actual shouting match between Conway and managers of the Clinton Campaign at Harvard University.

All of this build-up, though, appears to have been for naught as Stein will be dropping the recount lawsuit in Pennsylvania. To give some backdrop, Pennsylvania has a couple of legal hurdles that discourage election recounts: one, the courts are not allowed to issue them, meaning it has to go directly through the state government, and two, challengers are required to post a $1 million bond for the case. This latter reason is what the Green Party and Stein are citing as their reason for being unable to continue forward.

This would suggest that the Green Party, and Clinton Campaign to an extent, were unable to raise enough donations to match at least $1 million. Surprisingly, this is completely false. Almost a week ago, Stein revealed that she had raised almost $7 million for the endeavor, with most financial analysts citing the addition of Clinton fans as the rationale for this surge in contributions.

With this knowledge in mind, what could be the true purpose behind Stein stopping the recount? It is well known that Republican lawyers in Pennsylvania were fighting tooth-and-nail to stop this, claiming that it was being done solely to delay the Pennsylvania electorate. Trump himself labeled the whole thing as a scam, and he holds a large influence over conservative constituents in the area.

Whatever the reason, this whole situation requires a thorough investigation before we can drop it.

UPDATE: 12/4/16 10:30 AM PST –
In a new tweet, Doctor Jill Stein revealed that she would actually be pushing forward for the recount in Pennsylvania, rather than drop it as was previously reported. Stein explained that the $1 million court-required bond had initially dissuaded her because it indicated that the Pennyslvania government had “no interest in giving a fair hearing to these voters’ legitimate concerns over the accuracy, security and fairness of an election tainted by suspicion.”
Stein also clarified where the donations raised were going, stating that there was a segregated account built solely for the purpose of campaign expenditures. We continue to wish her luck in this endeavor.