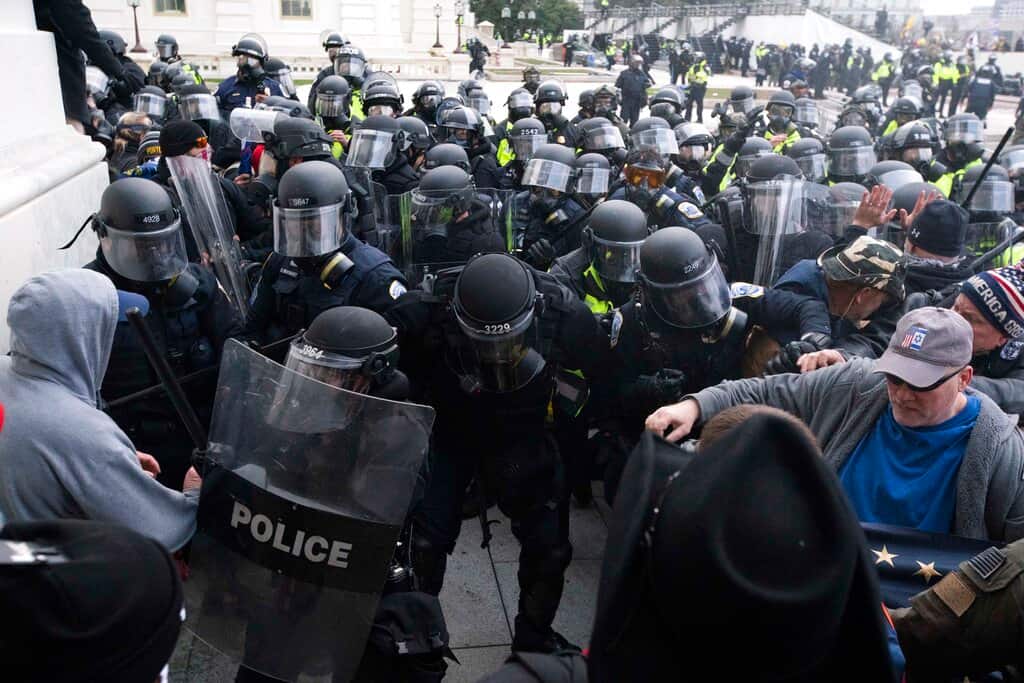 We all know Donald Trump’s supporters have violent tendencies and that their anger issues go all the way up to the top. On March 8, multiple witnesses caught Donald Trump’s campaign manager Corey Lewandowski in the act of assaulting Breitbart reporter Michelle Fields on audio and video during a campaign event in Florida.

Now, WRAL5 reports Jupiter, FL police have charged Corey Lewandowski with simple battery, a misdemeanor, and have served him with a notice on Tuesday to appear in court on May 4th.

“Mr. Lewandowski is absolutely innocent of this charge. He will enter a plea of not guilty and looks forward to his day in court.”

“Simple battery” makes it all sound so harmless, but it’s still a form of assault.

Think Progress adds that Donald Trump and his campaign took a blame-the-victim approach towards Michelle Field’s account of events and called her an “attention seeker.”

Despite an eyewitness account from a Washington Post reporter corroborating her version of events, Lewandowski denied any involvement with the incident whatsoever and called Fields an “attention seeker.”

Trump, for his part, said he thinks Fields made the whole thing up. During a news conference on March 15, Trump held a press conference where called the assembled media “disgusting” while Lewandowski applauded behind him. Trump also praised Lewandowski’s “spirit.”

And here is an image from Think Progress with the actual charges.

In 100 Minutes Of Rambling, Trump Proves To Be A Foreign Policy Moron (VIDEO)