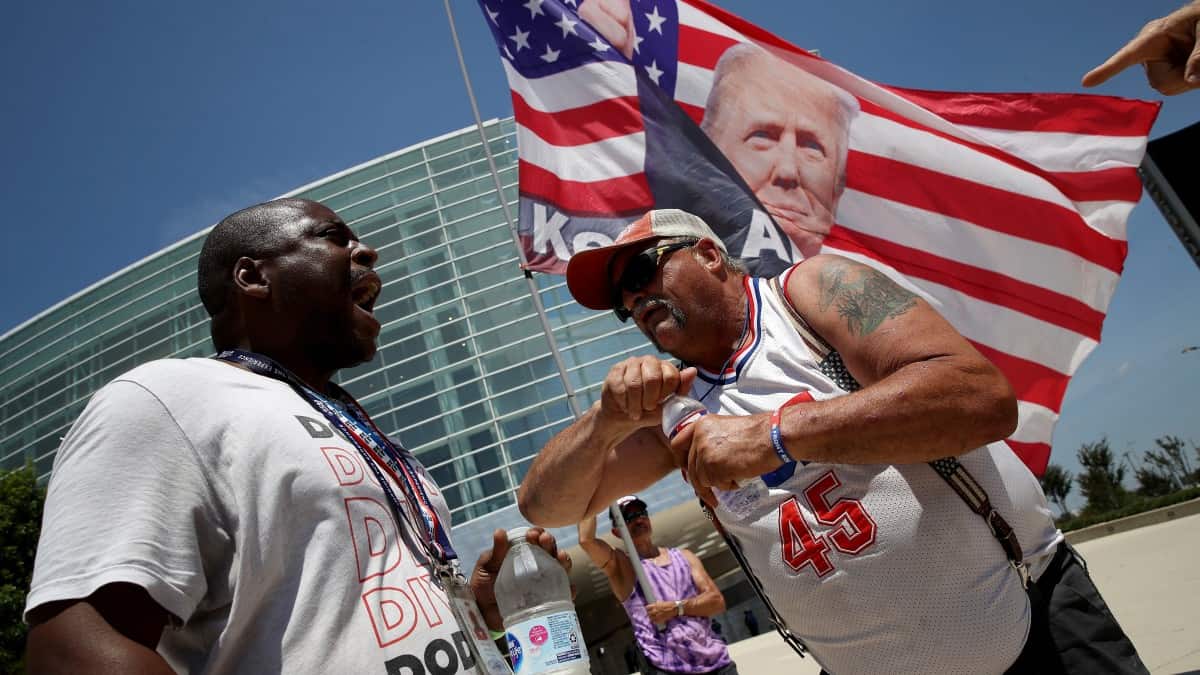 Add Native Americans To The Minority Groups That Trump Has INSULTED

While taking US History in school, every American learns one common things: that the Native people who lived in this country before the “New World” was discovered were brutally massacred by the subsequent European colonists, resulting in them being enslaved, their lands taken, and their culture nearly erased.

This discrimination may have begun centuries ago, but it continued well into the 20th century to the point where actor Marlon Brando declined his Oscar win for The Godfather in order to take a stand and defend their sovereignty in 1973. Even in the 21st century we have incidents like the Standing Rock protests where Native American lands issued by the Federal Government itself are being exploited for corporate interests.

Though there is a lot more awareness and reparations being issued, the discrimination against them continues to prop up, making it all the more infuriating when the President of the United States participates in that bigotry. Most of the public is already familiar with Trump derogatorily calling Senator Elizabeth Warren “Pocahontas” due to her Native American heritage, but few would have expected him to actually say that in front of actual Native leaders.

Related: US Mayor Blasts Trump For Being A ‘Bully’ And A ‘Punk’ (VIDEO)

But that is what happened. Speaking to a group of Natives that worked as code talkers, or intelligence officials that risked their lives by using their tribal tongue to deliver sensitive information during World War I and World War II, Trump decided to drop his nickname of Warren on them, no doubt as part of an attempt at a sick joke:

“You were here long before any of us were here. Although we have a representative in Congress who they say was here a long time ago. They call her Pocahontas.”

Many people have immediately responded to Trump’s disgraceful comments, with Warren herself expressing sadness over the use of the slur:

Elizabeth Warren responds to Trump’s new ‘Pocahontas’ remark on MSNBC: “It is deeply unfortunate that the President of the United States cannot even make it though a ceremony honoring these heroes without having to throw out a racial slur.”

Our insane, racist, dotard of a “President*” just told a roomful of 90+ year old Native American code talkers from WW2 that “we have a Representative in Congress who has been here longer than any of you. We call her Pocahontas.”
Seriously.
WTF is wrong with this f*cking MORON?

These are my brothers.

These are the Navajo code talkers.

DON’T YOU EVER DISHONOR THEM.

You don’t have any honor and know nothing about service.

How dare you @realDonaldTrump.

Check out the disgusting video for yourselves:

Here’s the video: Trump calls Elizabeth Warren ‘Pocahontas’ while honoring Native American code talkers: “You were here long before any of us were here. Although we have a representative in Congress who they say was here a long time ago. They call her Pocahontas.”