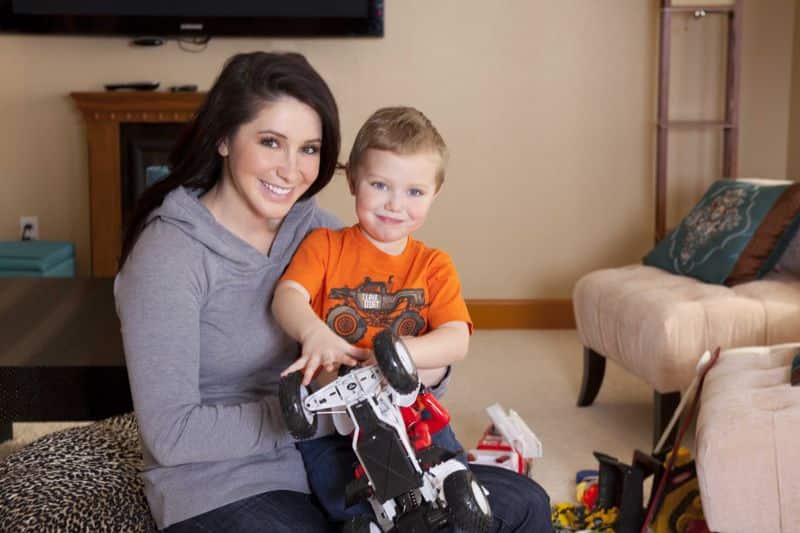 Growing up as a liberal in the south, I was taught that it’s fairly difficult for a mother to lose a child custody case. If she isn’t actively putting her child in danger, a gambling man would bet his life savings that she’d walk out victorious. That makes it all the more telling when a staunchly Republican state decided to rule against Bristol Palin – twice in a month.

Near the end of February, one of Bristol Palin’s “baby daddies,” Dakota Meyer, filed a motion requesting the courts grant him joint legal custody of Sailor Grace – Palin and Meyer’s daughter. As a Medal of Honor recipient, you would think that Meyer would face no opposition from Bristol Palin on seeing his own daughter. You’d be wrong:

“Even before Sailor’s birth, the duo had been fighting over visitation, and it was revealed that Dakota has yet to meet his three-month-old daughter.”

The former couple was engaged at one point, and Bristol used this as an excuse to explain away the fact that she got pregnant – again – out of wedlock – again – while continuously promoting abstinence-only sex education – again. Sadly, the end of the engagement seems to have been Palin’s cue to make Dakota’s life difficult.

As if living in Kentucky while his child lived in Alaska wasn’t hard enough, Meyer also was up against Bristol Palin requesting that she be present during visits and that Meyer not be allowed to take his daughter overnight. This is even considering the fact that he’d have to fly to Alaska to spend time with her. Extra TV reported,

“Bristol also rejected Meyer’s request for joint custody, because she lives in Alaska and he in Kentucky.”

“[Judge] Walker ruled that the former couple would share interim joint legal and physical custody of their daughter Sailor Grace… [Walker said] ‘The mother objects to overnight visitation because the child is currently breastfeeding nightly… Mother is to provide father with an adequate supply of milk or formula for overnight visitation.’”

Texts revealed that Palin only nurses her child at night — not throughout the day. So her bogus breastfeeding excuse was struck down by the judge with a quick and simple “So give him some breast milk.” Meyer will now be able to fly to Alaska twice a month and keep his daughter – yes, even overnight – for four consecutive days on each trip.

Of course, this must all seem like a bad case of deja vu for Bristol Palin. Just recently, a similar situation unfolded between her and Levi Johnston, her high school sweetheart and “baby daddy #1.” The poor young man, who appeared forced into photo ops with the Palins during Sarah’s Vice-Presidential bid, won a big victory near the end of February:

“Sarah Palin’s daughter lost her seven-year custody battle with her ex-fiancé, Levi Johnston. Johnston announced the news in a Facebook post on Wednesday, saying the $100,000 in legal fees was worth it to have joint custody of his 7-year-old son, Tripp, with Bristol Palin. ‘I’m so happy to have my son in my life, and to put all this back in (sic) forth in the courts behind me.’”

Levi said that Bristol Palin and her family were making it difficult for him to see his child prior to the agreement. While we may poke fun about how Bristol gets pregnant every time there’s a kegger at the University of Alaska, it’s important to note how great it is that these young fathers now have access to their children.

If judges hadn’t decided in the fathers’ favor, these children would only have the example of a mother who has unprotected sex while preaching abstinence-only education, an uncle who beats up his girlfriend and pulls an assault rifle during the commotion, a grandmother who blames PTSD on President Obama and a family that gets into tundra trash altercations at other people’s homes.

Sadly enough, Levi Johnston and Dakota Meyer are the only chance these children have at normalcy.

Update: Article was updated to reflect fact that Bristol Palin only breastfeeds her daughter at night.