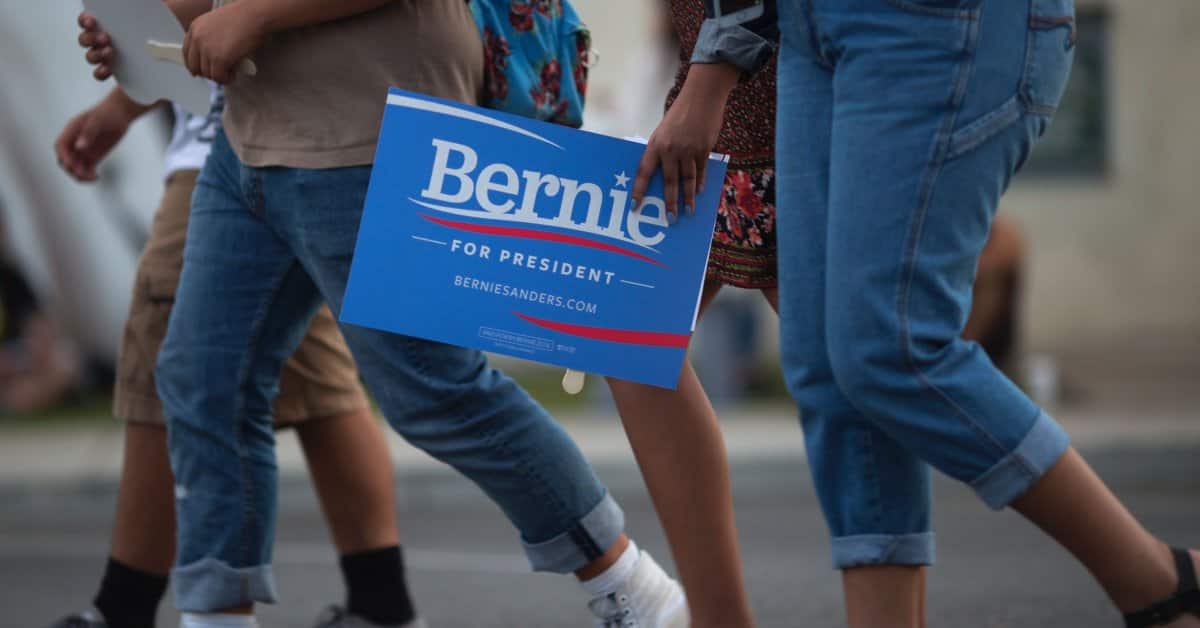 Now that Donald Trump is the Presumptive Republican Nominee for President of the United States, the behavior of his legions of supporters seems to be regressing even further. Days after we learned that an artist who went viral after sharing a nude painting of Trump claimed to be assaulted by his supporters, a self-described Trump supporting tow truck driver admitted he left a disabled woman stranded on Interstate 26 in Asheville, NC after he noticed a “Bernie 2016” sticker on her car. Ken Shupe — who runs Shupee Max Towing in Travelers Rest, SC — told WLOS News 13 that the decision wasn’t likely his alone, it had come from above:

“Something came over me, I think the Lord came to me, and he just said get in the truck and leave. And when I got in my truck, you know, I was so proud, because I felt like I finally drew a line in the sand and stood up for what I believed.”

The motorist, Cassy McWade was in an accident on the Interstate and her family phoned their regular mechanic — also located in Traveler’s Rest — to see if he would be able to make the roughly fifty-mile journey north to Asheville. While he was unable to make the trip himself, he called Shupe and the self-proclaimed Trump supporter agreed to the service request. McWade told WLOS:

“He goes around back and comes back and says ‘I can’t tow you.’ My first instinct was there must be something wrong with the car. And he says, ‘No, you’re a Bernie supporter.’ And I was like wait, really? And he says, ‘Yes ma’am,’ and just walks away.”

Shupe claims to have been jilted by Sanders backers in the past:

“I’ve had some horrible experiences in the last six months with towing cars for this mindset individuals, in that I don’t get paid. They want to argue about a $50 tow bill, and it turns into just a drama and a fuss. And I said, you know, I’m not going to associate with them, and I’m not going to do any business with them. I’m really not interested in doing business with that clientele.”

Shupe Was Informed The Bernie Supporter Was Disabled

McWade, who suffers from Chronic Fatigue Syndrome, Crohn’s Disease and arthritis is legally classified as disabled and her disability identification was visibly hanging from her mirror, as is required by law. Furthermore, she says that her family’s regular mechanic brought it to Shupe’s attention. Despite this, Shupe claims ignorance to her disability yet insists it would not have made a difference, saying:

“Had she been disabled, would I have towed her car? No ma’am. I would have pulled forward and sat there with her to make sure she was OK until another wrecker service showed up to get her home safely, but I still would not have towed her car. I stand by my decision, and I would do it again today if the opportunity presented itself.”

Heads up, friends…. Cass had a wreck in Asheville yesterday. She is fine, but the car was not driveable. We called our mechanic who was tied up in Easley at the time, so he sent ShupeeMax Towing to get her. Kenneth Shupee drove from Travelers Rest to Asheville, hooked up her car, and when he went around to the back, he came back and told her that he wouldn’t tow her because she had a Bernie sticker on the back of the car. HE LEFT HER ON THE SIDE OF THE INTERSTATE IN NC, and DROVE AWAY. Spread this bigot’s story far & wide. Btw, I’m guessing he’s a Trump supporter. The only difference is that the Don would have taken the money, because he at least realizes that liberals’ money spends just the same as anyone else’s. Dumb (expletive) cost himself money driving all the way to Asheville & back for nothing. (Expletive).

The irony of Shupe’s refusal to aid a disabled woman in need due to her support for Bernie Sanders is that Shupe told FOX Carolina that he is “a conservative Christian who supports Republican presidential candidate Donald Trump.” You’re not going to find many arguments that any candidate other than Sanders would win a hypothetical endorsement from Jesus himself, and you most certainly wouldn’t find a sane argument that Trump is anything remotely “Christ-like”.

But this is Trump’s America folks. What Would Donald Do?

You can watch the WLOS feature and see Shupe’s pure ignorance on display for yourself right here: