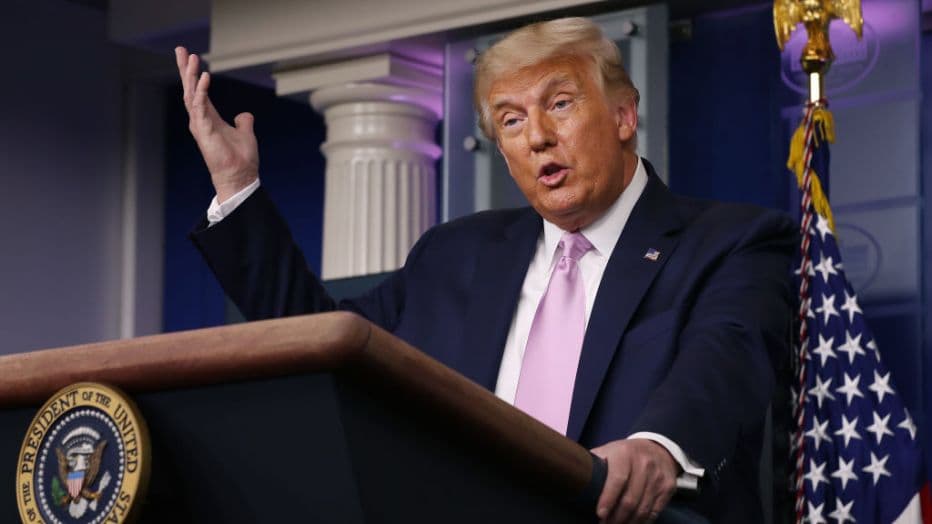 Cheryl Hall is a verifiable crazy Trump cultist. In fact, she loves Donald Trump so very much that she refused to take her red “Make America Great Again” cap off for her driver’s license.

And she claimed religion as the reason for it.

Hall went to her local Florida (of course) Department of Motor Vehicles to get her new license at the end of March, proudly wearing her MAGA hat. When she was asked to remove it in order to have her picture for her new license taken, she refused.

“I said, ‘Why do I have to take my hat off, when I see a young lady over there with a veil covering around her face?’  I didn’t understand that.  So she said to me, ‘That’s her religion.’  I said, ‘If that’s her religion, this is my religion!’  And she said, ‘Well, we do have regulations with the statutes.’”

Yes. The women has embraced Trump to the point that she feels her religious liberties are violated if she’s asked to remove her hat. She equated her cheap red hat, made in either China, Vietnam or Bangladesh and given out at campaign rallies, to a religious garment.

And, at first, it worked. David Jordan, a spokesperson for the Lake County Tax Collector’s Office, where this occurred, confirmed that yes, Hall was initially allowed to take her driver’s license picture with the hat on. He stated that the employee who did allow the hat in the picture was simply following the DMV manual, which states that the only requirement is that the photograph be of the full face.

Please share this! Recent Facebook changes mean publishers like us need to rely on readers like you sharing our stories to get the truth out. Please help by sharing this story to your friends!

The Moment She Realizes Her Victory Was Brief

Cheryl Hall showed off her new license, while sporting the same hat.

“My birthday, I got to have this great hat on and also I fought for what I believe in with the state, because it didn’t make sense to me,” Hall said, “so this is victorious for me.”

But the reporter was just about to ruin Cheryl Hall’s day. Because after the Trump supporter waxed poetic about her victory, she found out that the DMV will be making her retake the picture.

Watch Cheryl Hall’s face the moment she finds out that she isn’t quite as victorious as she initially believed.