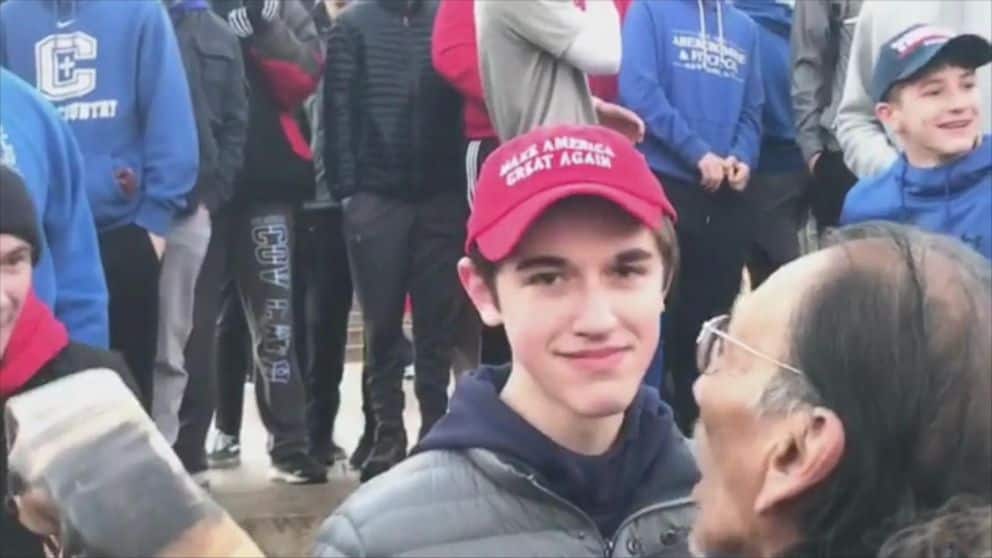 An unbelievable racist assault took place on Saturday during a hockey game in Rapid City, South Dakota. The attack was directed against children.

For five years, the Rushmore Plaza Civic Center has hosted grade school students from the Pine Ridge Indian Reservation at a hockey game. This year, the racially-charged assault on 57 children and their chaperones turned the experience into a nightmare.

Justin Poor Bear, one of the chaperones and a father, described the incident on Facebook:

“They were getting drunk and around the third quarter they were talking crap to our kids and throwing down beer on some of them, including our staff and students … telling our students to go back to the rez.”

Other sources described “racially-charged taunts” and “racial slurs” along with the children being sprayed with beer. The assault came from a rented suite above the students’ seats.

Needless to say, the chaperones removed the students before the conclusion of the game. But nothing can remove the trauma of such an assault on defenseless kids.

The outrageous incident happened on Saturday. On Wednesday, a group of parents made the hour and a half bus trip into Rapid City for a meeting to seek justice. Also present were Oglala Sioux Tribal officials, law enforcement officials, administrators from the reservation’s American Horse grade school, Rapid City government officials, and the general manager of the civic center. As a result, 57 charges of child abuse and assault will be filed for the perpetrators of the attack.

Although names of the attackers have not yet been released, the suite in question is rented by a beer wholesaler, Eagle Sales. President Tom Helland said out-of-town guests were using it. He also released the following statement:

“I would like to formally apologize to the students of American Horse School who worked so hard to get the opportunity to attend a Rush game, and to their parents and chaperones for the incident that occurred Saturday night, January 24th, in front of our corporate suite. My company Eagle Sales of the Black Hills is investigating the situation and taking appropriate action.”

Helland, the Rush hockey team, and the civic center are working together to bring the kids back for a better experience. Craig Baltzer, executive director of the civic center, said:

“I’m very disappointed in how people behaved. We have to bring these kids back to have a good experience.”

He also expressed disbelief about how any thinking person should feel about such conduct:

“I’ve never seen anything like this before. Some of the things being said to the children were racially charged. I don’t know how to perceive people would behave that way.”

I don’t know either, but it’s been going on for hundreds of years. Obviously, counting on people’s good conscience to protect even children from such violence doesn’t work. Some people apparently don’t have a conscience.

The civic center is considering banning those involved from the suites — a rap on the knuckles, at best. The child abuse charges will certainly be more effective in getting the attention of the offenders.

But one question keeps nagging at me. Where were the rest of the fans while this was going on? Did no one have the courage to stand up to a bunch of racist drunks and stop the abuse of children in its tracks?

Coverage of the incident can be seen here: