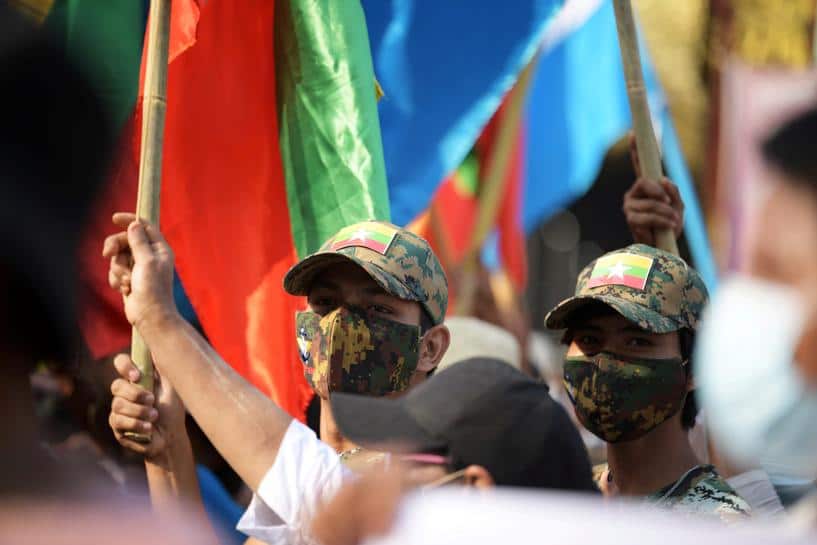 What happened Oct. 4 in Kentucky was a stunner. They elected their second Republican governor in 40 years, in an election in which Democrats lower on the ballot got tens of thousands more votes than the Republican, Tea Party favorite Matt Bevins, who has been declared the winner of the Governor’s mansion. Brad Friedman(of  Brad Blog fame) posted an article shared on Alternet expressing some serious trepidation regarding the curious incident.

What Friedman really wants to know is…

No, it isn’t sour grapes. If he won, he won. Voters will be reaping what they have sown soon enough. With the state of political affairs and the sewer-dwelling the Republican candidates have done across the country, it would be absolutely possible that low information voters in the Bluegrass State could be persuaded to vote against their best interest. I wouldn’t be the first time, and it won’t be the last. For many voters, one look at Bevin’s “Obama is the devil and Conway is his clone” RNC-financed ad, and it’s a done deal. Bevin also has 9 children (his views on women’s rights are easy to ascertain from that fact alone), and he’s a Kim Davis-loving Christian. Never mind that he intends to take away the extremely successful Kynect and Medicaid expansion; he also wants to drug test seniors before they get their medical benefits. But if he hates Obama, then he’s alright with those voters and that would be all it takes.

But many people, not only Friedman, are beginning to take closer look at the bizarre outcome of the Kentucky election on the whole –  not just the governor’s race – and how that figures into the outcome. We would have to suspend our disbelief and assume that many Democrats crossed party lines and voted for the Tea Party’s Bevin, but voted a straight Democratic ticket everywhere else. Right…

Friedman has a theory:

We see, again, the nightmare scenario I’ve warned about for so many years: a U.S. election where all of the pre-election polls suggest Candidate X is set to win, but Candidate Y ends up winning by a huge margin instead and nobody even bothers to verify that the computer tabulated results accurately reflect the intent of the voters.

That’s exactly what happened in Kentucky on Tuesday, where Democratic Attorney General Jack Conway was leading by a fair margin (about 3 to 5 points) in almost every pre-election poll in his race for Governor, but then ended up being announced as the loser to ‘Tea Party’ Republican candidate Matt Bevin by a landslide (almost 9 points) — according to the state’s 100% unverified computer tabulation systems.

Wouldn’t that be a pisser?

Friedman spoke Nov. 5 with Karoli Kuns of Crooks and Liars on his program, The BradCast.

Kuns points out that “there are a number of reasons to question the reported results. Among them, the Democrats running in the down ballot races — for Secretary of State, Attorney General (Conway’s current job) and even state Auditor — each reportedly received tens of thousands more votes than Conway did at the top of the ticket.”

At first, I thought maybe it was the Kim Davis debacle, given that Conway played a role in the whole hoopla around that. But he won Davis’ county by three percentage points, so it’s not that…”

Then there is the healthcare issue. Kynect has been a model healthcare program for the entire country. Bevin promised to undo all of that, leaving 400,000 Kentuckians without healthcare. Kuns wondered, “Why on earth would Kentucky voters vote against their own interests and split their ticket to do it?”

She also goes on to point out that Kentucky does have a history of voting machinehigh jinks.

Kuns also said she found that Kentucky is still using a lot of the ES&S machines known to have problems or be easily changed. Other counties use the Hart InterCivic systems, of Mitt Romney fame.

It’s too early to say for sure whether anything happened with those voting machines, but I worry that no one will even bother to investigate the possibility, given that the margin was so large. It is precisely because the margin is large that I think it should be scrutinized carefully.

Friedman also spoke with Bev Harris BlackBoxVoting.org, Harris described the higher vote totals in the down ballot races as a “significant anomaly”.  She said that until the race has been observed more closely, it “has to be looked at as a questionable outcome, particularly because of the discrepancies in the down ballot races. More votes in those races and not at the top…that just doesn’t happen.”

Friedman goes on to say that there are many other reasons for Conway supporters to question the reported results in the KY governor’s race. He also made a point of saying that the reported results could also be completely accurate. He continued “But, without public, human examination of the hand-marked paper ballots (which, thankfully, now actually exist across most of the state!) and other related records, we have yet another unverified, 100% faith-based election to leave supporters wondering if they really won or lost.”