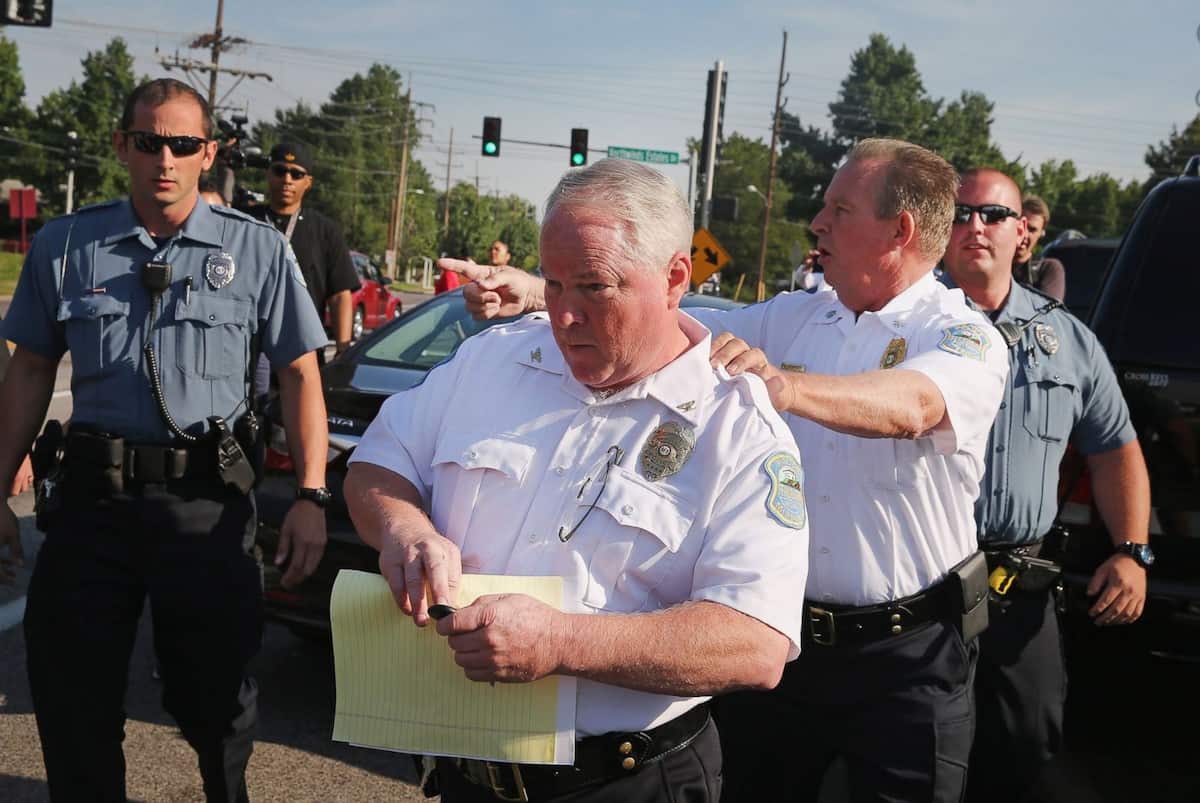 Not only is there very little left of what used to be known as “respect” in the U.S. anymore, there’s perhaps even less class. You see, no matter what one thinks about what really happened with the Michael Brown altercation with officer Darren Wilson, and no matter how little respect one might show Brown even in the wake of his death, one can and should still be able to show a little bit of class by not disrespecting the dead, even if one believes the dead committed a crime that led to that unfortunate end.

Alas, for such a class-conscious country as the United States certainly is, it carries itself with very little class.

Guilty or innocent, Michael Brown is dead, shot down unarmed by a racist white and heavily armed officer. And for what? Allegedly a box of cheap cigars? Or a graze to the face that barely left a bruise? At most!

Yet none of that has been proven, and much has come out since the failure of the grand jury to convict officer Darren Wilson of his obvious wrong-doing, showing what a farce the court process had been. Still, Zoll shows that he doesn’t have enough respect or class within him to refrain from making ugly public comments about the dead. He shows further poor thinking by doing so about the death of a young man who’s demise has led to nationwide protests. Zoll’s comment only underlines what the nation has been demonstrating against for months. He is a confirmation of all that is ugly and wrong with the system.

And Zoll Is The Ferguson PD’s Public Relations Officer, For Crying Out Loud. Is This A Comedy Show?

According to The Washington Post, Zoll said no crime had yet been reported tied to the destruction of the memorial that had been run over by a vehicle early Friday morning. He did throw out the bone that the department would review any videos that might come forward of the incident, but stipulated that doing so would not necessarily equate to an investigation.

“I don’t know that a crime has occurred. But a pile of trash in the middle of the street? That Washington Post is making a call over this?”

Let Zoll pray he never has to create a makeshift memorial for one of his children along a roadway for others to run over with their car and refer to as “trash” after they’ve been shot down by police for doing nothing more than walking down the street.

As of Saturday the City of Ferguson released a statement stating they’d launched an internal investigation on Zoll’s interview. The class-act officer, Zoll, later admitted he’d been less than forthcoming regarding the contents of his interview with the Post, showing that not only does he lack class and respect, but he is also less than honest — a Boy Scout, he is not.

As of Saturday, Zoll is now on unpaid leave as the department figures out what type of disciplinary action it may take. It’s somewhat shocking he is not receiving pay while on leave, as it is, so perhaps they intend to make an example of him in order to stem the tide of protest that may likely head the FPD’s way once word of Zoll’s interview gets around.

In a further attempt to save face, the City of Ferguson’s statement also stated:

“Negative remarks about the memorial do not reflect the feelings of the Ferguson Police Department and are in direct contradiction to the efforts of city officials to relocate the memorial to a more secure location.”

They attempt to say that with a straight face while their public relations officer is the one in the center of this deplorable lack of prudence and respect. Good luck getting the citizens of Ferguson to buy that apology.

Still, like thespians in the midst of a one-act play on the Titanic, department officials claim they are focused on establishing trust with the community and are taking the necessary steps to reach that goal. The show must go on!

Watching what becomes of Zoll’s punishment for being a jack*ss, however, may just show the public the level of the City of Ferguson’s sincerity.