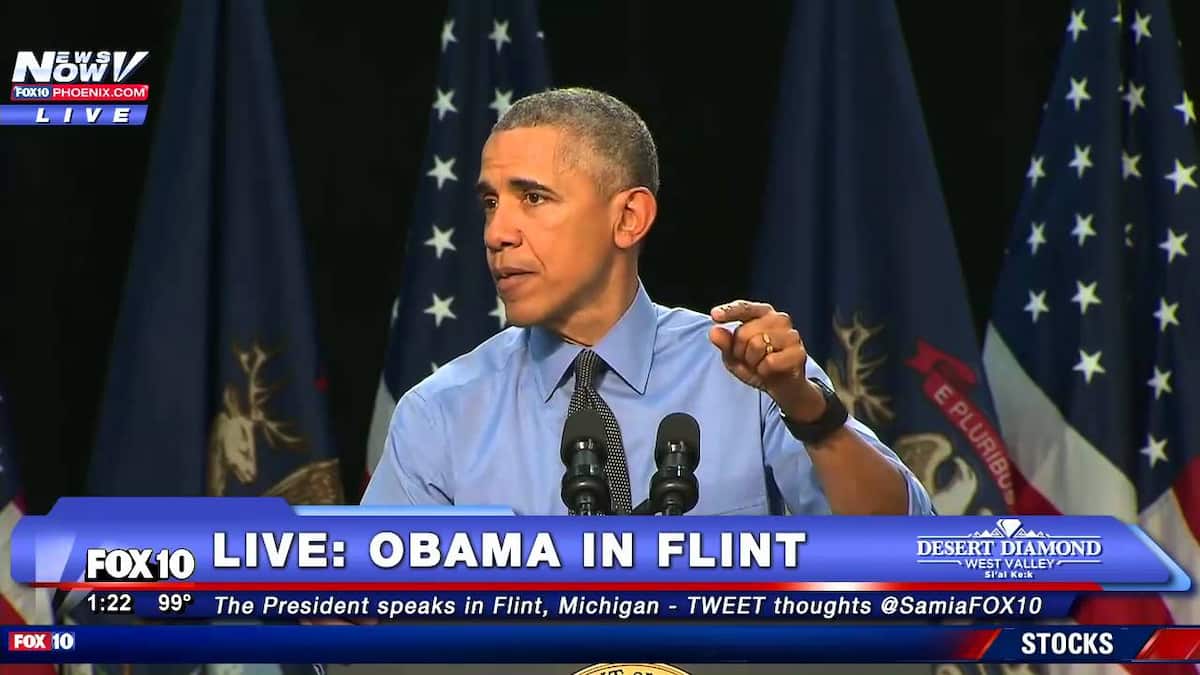 Flint Citizens Mobilize Against Gov. Rick Snyder For His Negligence.

Flint citizens have about had it with Governor Rick Snyder, as Detroit citizens felt before them. The man has dragged his feet on an ongoing poisoned water scandal that has plagued Flint for over a year, so the people have called for his arrest, demanded his resignation, filed recall petitions, and initiated a class action lawsuit.

The problem began when Snyder’s emergency managers switched Flint’s water supply source, in April of 2014, to the highly contaminated Flint River. The resulting corrosion of pipes released lead into the water coming out of taps.

Now the beleaguered governor wants help — the federal government’s help. On Thursday, Snyder asked President Obama to declare a state of emergency. In addition to the health problems caused by lead in the water, an outbreak of Legionnaire’s Disease — with 10 fatalities — could be linked to the contaminated water. Flint citizens may be dying due to the governor’s negligent behavior and Snyder is in deep trouble.
Flint citizens have called for Governor Rick Snyder’s his arrest, demanded his resignation, filed recall petitions, and initiated a class action lawsuit for his negligence.

The governor, who didn’t declare a state of emergency at the state level until January 5th, wants the declaration from the President so that federal funds will clean up his mess. According to the Detroit Free Press, funds could pay for temporary housing, home repairs, property losses, and repairing public facilities. The governor doesn’t deserve help, but Flint citizens certainly do.

A Press Release In The Middle Of The Night?

Governor Rick Snyder issued a press release about his request at 11:30 p.m on Thursday — practically in the middle of the night. Now, gee, why would that be? Didn’t he want people to know that relief is on the way?

He certainly didn’t want the Tea Party conservatives who first swept him into office in 2010 to pay attention. After all, Snyder is supposed to be gutting government — something he has done with gusto in Michigan — and privatizing what are now public services. This demonstration of need for a larger government entity to protect the welfare of the people just doesn’t fit with the party line.

The former venture capitalist has worked to gut all forms of services that are essential to working people — including education, state pensions, and unions — but had no problem with the federal bailout of the auto industry. His abuses have sparked the development of  multiple anti-Snyder and recall-Snyder Facebook pages, like We Won’t Forget What Gov. Snyder & Co. Have Done To Michigan.But now, the two-faced skunk tells the press that he would appreciate federal officials’ “partnership” with him in working together “to address the challenges” in Flint.

Of course, the damage to the people of Flint is the primary consideration here. That’s a good thing for Snyder because, otherwise, it’d be very tempting to tell him to “eat shit”. After all, that’s pretty damn close to the sentence he handed to Flint.

Watch here as the National Guard delivers water in Flint: