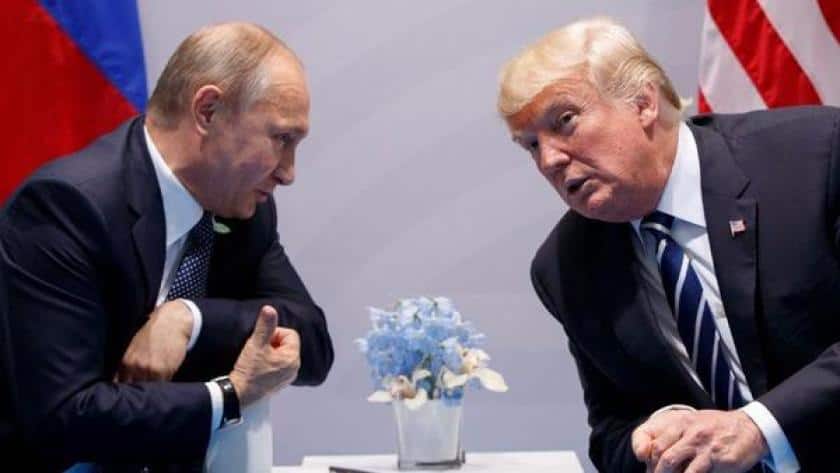 Trump’s Support Of Putin Has Raised Eyebrows From Intelligence Officials

One of the few major bipartisan acts to be passed in this era of political divide came in late July 2017 when Congress approved new sanctions against Russia in light of the intelligence community’s revelations that they had allegedly meddled in the 2016 US elections. To makes things more surprising, these sanctions were essentially the same ones President Obama had implemented in his final year in office, targeting the oil and mining industries in Russia.

Given that it was passed with a veto-proof majority in both Houses of Congress, Trump was essentially forced to sign it, with Russian President Vladimir Putin promising a retaliation in response. However, the role of the Executive Branch is not just to sign laws: it is to enforce them, and on that front Trump has been deliberately apathetic. Despite being given a deadline to implement the guidance procedures for the sanctions by October 1, Trump has not done anything, resulting in no actions being taken. That is to say he is deliberately ignoring his role as President by choosing to not enforce a law of the land that goes against his political ambitions, especially one that was approved by both Democrats and Republicans.

Related: ‘A World Of Sh*T’: Ivanka & Jared Feeling The Heat As Trump Administration Burns Out

As a result, Trump is not doing himself any favors with regards to his innocence over whether he personally knew of his campaign’s “alleged” collusion with Russia, which have been given significant momentum following Special Counsel Robert Mueller’s charging of top-ranking members Paul Manafort, George Papadopoulos, and Rick Gates.

While the media has been extensively covering this topic, it has not gone unnoticed within the intelligence community itself. Speaking to CNN, two top-ranking intelligence officials, former CIA Director James Brennan and former Director of National Intelligence James Clapper, had some condemning things to say about the President: he is not only being “played” by Putin, but also posing “a peril” to the United States.

Related: His Girlfriend Was Shot To Death On Live TV, So He Ran Against The NRA’s Candidate – And Won!

Trump has, of course, already started playing damage control by attacking these two patriotic Americans and assuring the public that Putin did not interfere because he literally told him so:

Clearly, either Trump is astoundingly gullible or, perhaps more concerning, he is hiding something that is compelling him to kowtow to the Russian president. Both should be of major concern to all Americans.

You can see the full interview of Clapper and Brennan with Jake Tapper below: